When the last issue of the Los Angeles Herald Examiner was published on November 2, 1989, its main rival, the Los Angeles Times, ran a full-page ad that read, "It is with sadness that we mark the end of an era -- and of a respected competitor. The loss of the Herald Examiner is a loss for its readers, its staff and the community it served." Twenty-three years later, those sentiments still seem to ring true.

Once upon a time, the city of Los Angeles had multiple daily newspapers, but by 1962 that number had dwindled considerably. That year, the Herald Examiner emerged as an amalgamation of three former papers; the Evening Express, Daily Herald, and the Los Angeles Examiner. The Express and Herald had both been around since the 1870s, with the Examiner showing up in 1903, courtesy of William Randolph Hearst. The newspaper magnate acquired the Herald in 1922, and in 1931, the newly merged Evening Herald and Express hit the stands.

Over the years, and many incarnations, the Herald Examiner excelled at covering local news, catering more to the "man on the street," and was also a huge fan of sensational stories. Where the Los Angeles Times might ignore the tale of a greedy Bunker Hill landlord turning off utilities in order to force out his low paying tenants, the Herald ran daily updates on the unfolding saga. As for the poisoned priest who may have been involved in a love triangle? The Times gave scant details, while the Examiner revealed the doomed man had been done-in by laced ginger ale, possibly at the hands of a nurse he had secretly married in Mexico the previous year. The Herald bore the distinction of naming Agness Underwood as the first female city editor of a major paper, and also of coining the name "Black Dahlia" for murder victim Elizabeth Short. Yes, when Herald Examiner folded in 1989, a century's worth of history went with it.

The Herald Examiner's demise began in 1967 when staff went on strike. The dispute ended an astounding 10 years later and the damage had been done, with circulation dropping from roughly 721,000 at the beginning of the strike to 350,000 at the end.

The paper trudged along for another decade and if there was one thing that really stood out, it was the photographs. We may sometimes forget that the 1970s & 80s were tumultuous and exciting times and the images that ran in the pages of the Herald Examiner now remind us of that. The photos also recall that Los Angeles was an all around championship sports town (Lakers, Dodgers, and Raiders) in the 1980s and the Herald Examiner sports section was renowned, covering legends made on baseball fields and basketball courts, reaching a pinnacle in the summer of 1984 when the Olympic Games took over the city.

After the Herald Examiner folded, the image archive, dating back to the mid-1920s was donated to the Los Angeles Public Library. For those of us who work with the collection, the photographer names stamped on the backs of the photos have become so familiar that we almost feel like we know them through their images. Their extraordinary photos have become such a constant of our daily working existence that to come across an image by Paul Chinn or Anne Knudsen feels like meeting up with an old friend, while at the same time crossing paths with a rock star of sorts, whose efforts have preserved tangible evidence of our city's more recent history. For those who spend time searching the Library's collection of digitized images, the feelings toward these former Herald Examiner photographers, whose names will pop up again and again, is probably similar.

On Saturday, March 9th at 2:00pm in the Taper Auditorium of Central Library, we will finally be able to put names and images to faces, as former Herald Examiner photographers Dean Musgrove, Paul Chinn, Anne Knudsen, Jim Ruebsamen, Jim Ober, Javier Mendoza, Mike Mullen, Rob Brown, and Ken Papaleo gather to talk about their photographs and time on the newspaper. This not-to-be-missed program is presented by the non-profit Photo Friends and is free and open to the public. Reservations are not required and additional information can be found on the LAPL website. 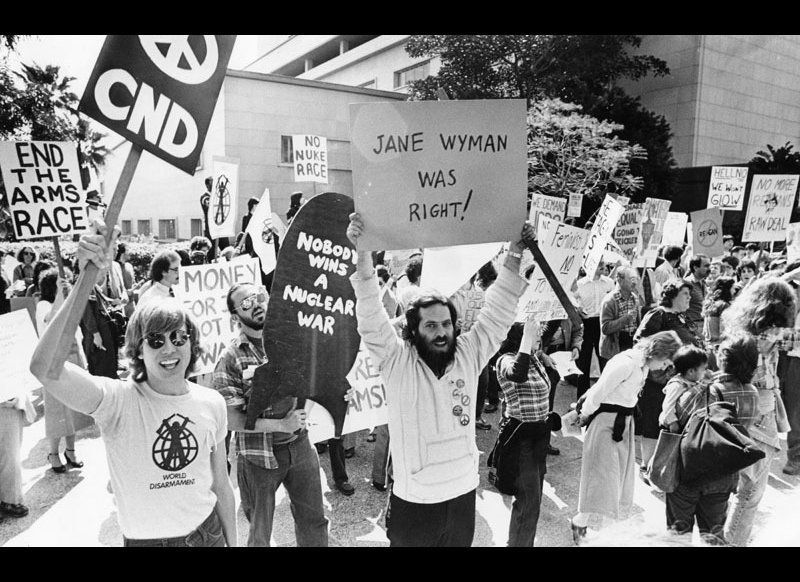