My wife and I started a Yahoo Group in our neighborhood that's grown to over 100 residents. It's come in very handy as a local Angie's List for handymen and landscape companies. It's also found many a lost pet and alerted folks to local burglaries; we even sold some furniture and donated a piano to a little girl around the corner.

But like any forum, it can get a little dicey -- particularly with the boon (or bane) just down the street from our Royal Oak home -- The Woodward Dream Cruise. This southeastern Michigan 18-year tradition of classic cars from the 1950s through the early 1970s involves close to a million participants up and down the first paved highway in America. And our neighborhood, north of 13 Mile Road, has been celebrated as the epicenter of all memories brought forward by American Graffiti and Mel's Diner from Happy Days. 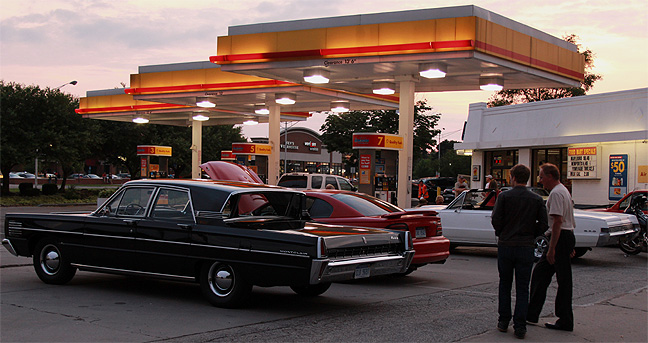 It wasn't a problem with that third Saturday in August being the celebration day. Everyone understood that Friday night was just part of Saturday. Folks would embrace it or get out of Dodge that weekend to avoid the traffic.

But the "weekend" now begins in April and ends just after Labor Day, reminding me of a bar that advertises "Happy Hour: 2 -10 PM." And as sure as the first robin of spring, our Yahoo group begins the email chain whose subject line is usually: "Woodward Noise." It's loud, well past midnight, and understandably, people are wondering where the police are.

The official hangout near our house -- on the site of a Big Boy that used to be a hangout in the '60s -- is a little strip-mall. 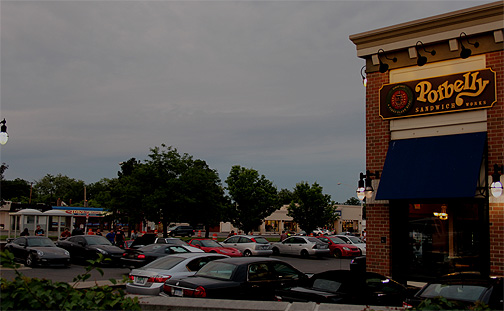 Any warm evening, and even some chillier ones, you'll see this parking lot full of cars, few of them customers of Potbelly. Occasionally you'll see a hood popped open, inviting engine-fans and general ooh-ers and ah-ers. (This always struck me as similar to one's fly open, but that will be the subject of a psychological blog.) 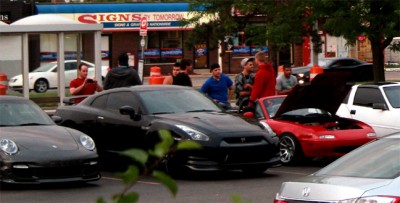 And leaning against the wall, particularly on Thursdays, Fridays and Saturdays you'll see these guys -- all a little too busy to pick up those stray wrappers. 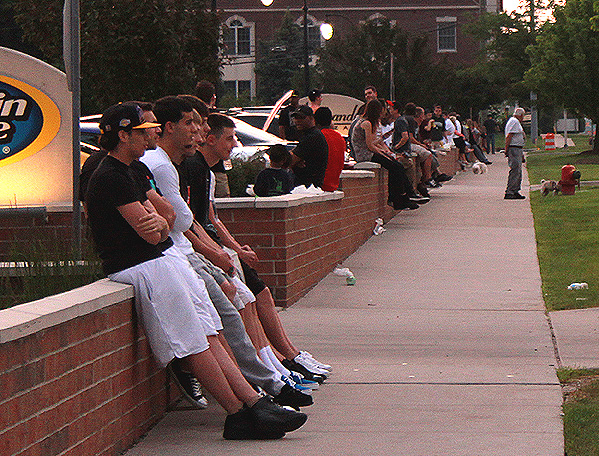 Which brings us to the dilemma. In spite of the event bringing over a million folks to an eight-mile stretch of road, it's difficult to measure its positive impact compared to the civil complaints -- or as my neighbor Kelly suggested putting up a sign that states, "Remember, People LIVE Here!"

Royal Oak has had two historical shifts in the last 30 years. With the completion of the I-696 and I-75 intersection in 1988, the downtown area suddenly transformed itself into a popular bar and restaurant location, no longer a quiet hardware/hair salon/laundromat mecca.

Then, in the mid-'90s, the Dream Cruise was born and nearby Ferndale and Royal Oak classic car-owners chose a weekend to celebrate the glory days. 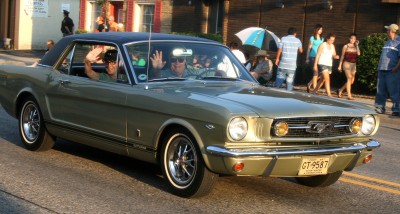 Within three years, this small event had mushroomed into a major news story and soon corporations were leasing entire restaurants and parking lots to wine-and-dine clients. Jay Leno was seen walking around. Co-stars from American Graffiti were signing autographs. It was strange to walk the dog and see a bouncer standing outside my kids' park protecting the Eaton Corporation from us riff-raff.

So, like the split between the Group A: Throw-A-Party-in-the-Driveway or Group B: Go-On-Vacation-That-Week our neighborhood emails took a similar tone. We're pretty entrenched in Group A, despite my photo of a neighbor who owns the closest representation I have to a classic car... 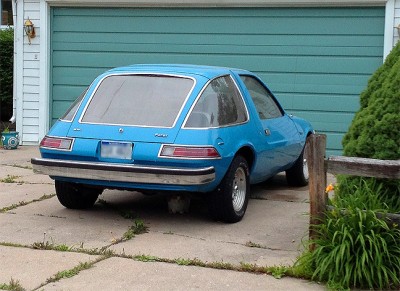 ...I always liked the event and enjoyed folks taking a break from their cruising for a chili-dog and a beverage. 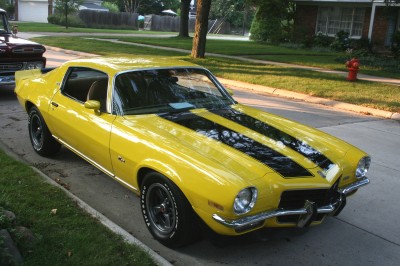 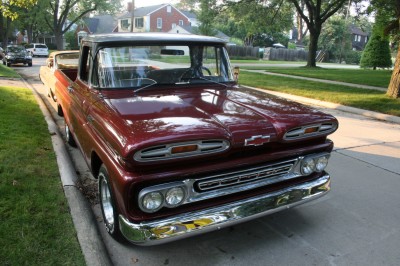 Unfortunately, the major issue is the noise and the failure to contain it. With the split of the already depleted police force on busy bar-nights, it leaves our side of town vulnerable -- if that's how you feel about the cruisers and their wall-leaning audience...

But there's no admission fee, no special tags or taxes that come from this event that has grown into a season. And while this openness is exactly the freedom that is celebrated by the Dream Cruise, it still returns to Kelly's point of how might the event flourish but not negatively impact (if not endanger) the residents for months at a time?

One local tale of double-negative loss involves a store owner who didn't bother opening his place on Dream Cruise day and his parking lot was turned into a kegger. The police broke it up and the store owner was fined $1,000 for the illegal party, citing his responsibility since he didn't provide security to protect his lot from squatters. (Granted, this might not hold up in court, but it does shake heads.)

So our neighborhood debate echos those of the community in general. And sometimes folks can get snarky:

Or just plain out-there as one person asked, while we were discussing noise, what was with those emergency helicopters flying overhead on their way to Beaumont Hospital.

While this point was quickly nullified by group-members stating that they say a prayer when they hear those helicopters, I was still waiting for an objection to ambulances being able to run red-lights.

We like the Cruise but don't really see a solution to its new status as a half-year event -- I don't think I can keep chili-dogs warm that long -- without poisoning somebody.

And perhaps, maybe, it's the exact same complaints residents in my neighborhood had fifty years ago -- thus recreating those days to perfection!