Though my principle occupation is that of an entertainer, I have another passion that's developed side by side over the years along with my artistic career, and that is promoting for early childhood education. I grew up in a Colombia that was divided and poverty-stricken. In Barranquilla, where I came from, it seemed as though many around me had their fate decided for them since even before birth. Those who were born poor died poor, and unfortunately, the same holds true today in Colombia as well as in many other parts of the developing world. Even as a child, I knew that seeing those kids in my hometown, living in the streets with little hope of changing their fate, was wrong. No matter what the circumstances. That indignation became the catalyst that inspired me to form my foundation Pies Descalzos (Barefoot Foundation) in Colombia when I turned 18 and had enough success that I was able to give back in what felt like a really impactful way.

I teamed up with Maria Emma Mejia, former Minister of Foreign Relations and Education in Colombia, and together we set about trying to change that seemingly inescapable reality. We began in Colombia, raising funds and awareness and taking a hands-on, grassroots approach in collaboration with governments and other philanthropists of building and developing quality schools, of which we are currently building the sixth and servicing 6,000 children. We then built community centers within the schools so the towns, and neighboring towns, would also reap the benefits. We developed feeding programs so our students would be able to learn on a full stomach, and also so their parents had the incentive to send them to school in the first place. 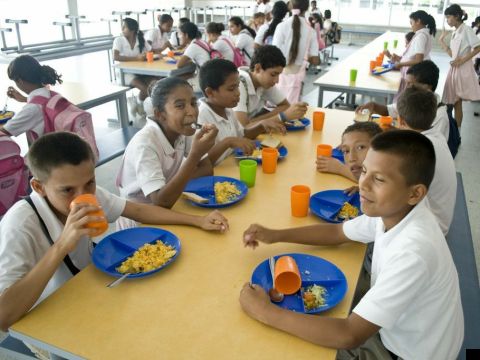 After 11 years devoting my time to primary and secondary education, I became a student with an ever growing curiosity regarding the challenges in providing universal education, trying to understand what works and what doesn't when it comes to vulnerable children who live in conflict. By doing so I understood that working in providing education is not just charity but a human investment. I discovered that our job became harder when we tried to educate children who hadn't had proper care, stimulation and nutrition in the first years of their life. That's when I decided to expand my efforts and co-founded ALAS and turned to governments throughout Latin America to make education, particularly early childhood education, a priority on their agendas, and have broadened our reach to Brazil, Mexico, Argentina, and Central America. We advocate that educating children in their very early years increases their odds of success later in life, and eventually makes these societies more competitive in the global sphere.

Most recently I've been introduced to and inspired by philanthrocapitalism, the practice of applying business methods to philanthropy and calling on the private sector to pick up where governments leave off, because education is an investment as well as a duty, and an integral part of a strategy that plays a vital role in figuring out how to spend every penny and making every effort count. This approach is, in my opinion, perhaps the only method to solving one of the modern world's most pervasive problems.

The theory of philanthrocapitalism has taught me that not only does solving the social problem of education produce a supply of qualified workers for decades ahead, but it also creates valuable and savvy consumers. What seems on its face to be charity is actually just good business when you get down to it--because various academic studies have shown that investing in education is as solid an investment as you can make. For every dollar invested in a child's basic education, $17 are eventually returned to the state. That's an incredibly healthy return on investment if you ask me. 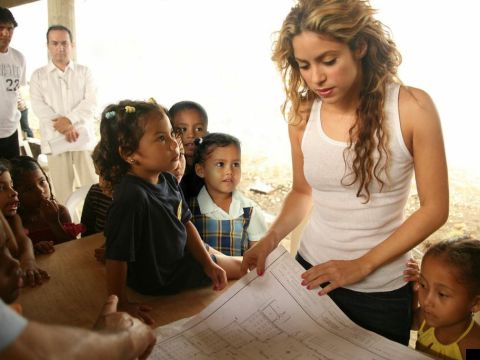 Some of the most innovative business leaders in the world such as Bill Gates already know this; he has made improving the country's school system the main focus of his foundation. A revolution, by definition, is a fundamental change in the way of thinking about something, a shift in paradigm. Entrepreneurs like Gates, and my dear friends and partners Howard Buffett and Alejandro Santo Domingo, have recognized that getting the private sector involved in education can have a direct impact on a country's economic standing in the world, and their contributions have been vital in my opinion to both our collective efforts on the issue and in getting concrete financial support for it.

Today, 18 years after I started, at 36 and as a new mom, I can see my work over the years coming full circle as I watch my own son develop. I'm finding that motherhood is a world of discovery, and I find myself in a constant state of awe watching Milan absorb the world around him at an astonishing pace. The first five years of life is when the brain grows at a rate that is unparalleled at any later stage in life. In fact, 85% of a child's core brain structure is developed by the age of four. So why not give them the best fighting chance possible from day one?

When I look at him I see limitless possibilities. I feel what I think all parents feel, and hope for their children's futures, regardless of their own background; a determination to make sure that their future is brighter than ours was and that their dreams of tomorrow exceed what we today are even capable of imagining. However, my work, our work, is far from done. 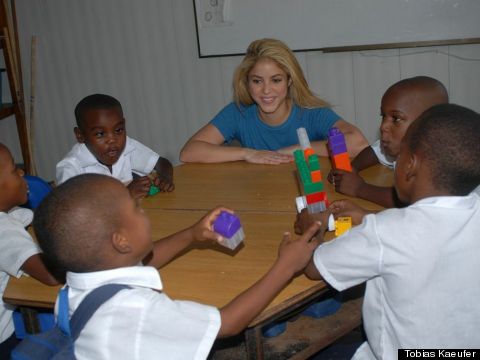 My career as a singer has given me my greatest gift of all--my voice. It's a gift that allows me to express myself as an artist but also one that affords me a platform to shine the spotlight on issues infinitely more important than my own career - issues like the need for universal access to quality education for those nearly 60 million kids who don't have it, and millions more who are far from receiving the benefits of early childhood development programs.

My hope is that those who read this are encouraged to find their own ways to contribute to improving our children's futures through education. Whether that means helping to spread the word to parents about the resources available to them, applauding our world leaders for the strides they are making in education while holding them accountable for continued progress, or being one of those business leaders who see investing in education as an innovation and not simply charity.

I've explored many approaches over the years both through my foundations and with guidance and support from some great philanthropists, businessman, economists, political leaders and activists, and with each new endeavor, I feel we get that much closer to raising awareness about the necessary steps to take towards eradicating poverty and inequality. I truly believe that addressing the problem through compounded efforts by the public and private sector, and at the community level with grassroots campaigns and citizen activists, will bring us that much closer to becoming a society in which inequality in education is merely another closed chapter in my son's soon to be read history books. 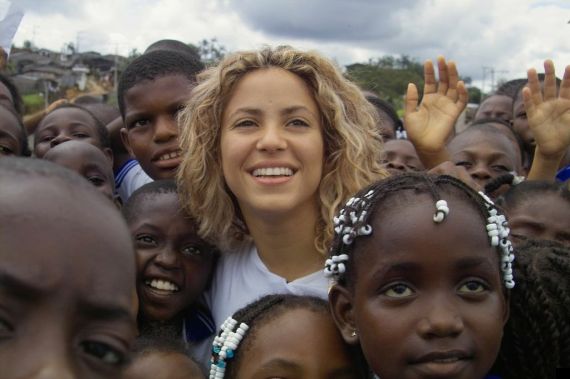