What intrigued me about a visual study of female erotica writers was the likely juxtaposition of the words they write and the people behind them. I was fascinated to know what they looked like and who they were. Easy to imagine they would be foxy leather clad mistresses; whip in one hand the other on the keyboard. I knew the reality would be very different. I wanted to see behind their pseudonyms and secret lives.

To begin any project I start the same way; I literally write into the magic Google box what I'm looking for and begin from there: "woman who write erotica." I came across blogs and websites and before long I had leads and was asking whether people would be interested in being part of my project. Some declined because they didn't want their identities revealed; they were writers of other genres and didn't want people to know about the erotica work! On the whole, although circumspect at first, the women jumped at the chance and welcomed the opportunity. They were excited about having a nice photo of themselves for their blogs and the PR would be great if the work was used.

I asked the writers to tell me a little about themselves so that I could get some ideas for the portraits. This was quite a fascinating insight into the women I was yet to meet; almost all of them described themselves as shy and quiet. The women talked about how they came to erotic fiction, they all had different reasons for doing so; one won an erotic fiction competition she entered whilst on a writing course, another was encouraged to do so by friends and another because there was nothing out there that catered for her needs. Some of the women were keen to stress that that the stories and characters were fictional and in no way based on their lives, desires or personalities. This was one of their concerns and why they used pseudonyms and hid what they did from their families and friends. Other women wrote work that reflected something about them, whether it was their size, sexuality, race or age. All but two of the women were happy to be photographed, one hadn't told her father what she did for living, the other wanted to keep her privacy to protect her family from any negative comments.
Their work and this market are booming. With the advent of e-books and Kindles there are some many more ways to get hold of and discreetly read this kind of literature. These women were finding it was fun, rewarding and lucrative career.

The women were all bright and engaging. All different but all regular people, they are mothers picking up their children from the school gates, one had a day job in a library another was an active church goer, all had a little twinkle in their eyes that suggested a colourful lively imagination!

David Woolfall is an editorial photographer. His work, including the full collection of Kinky Books, can be seen at his website. 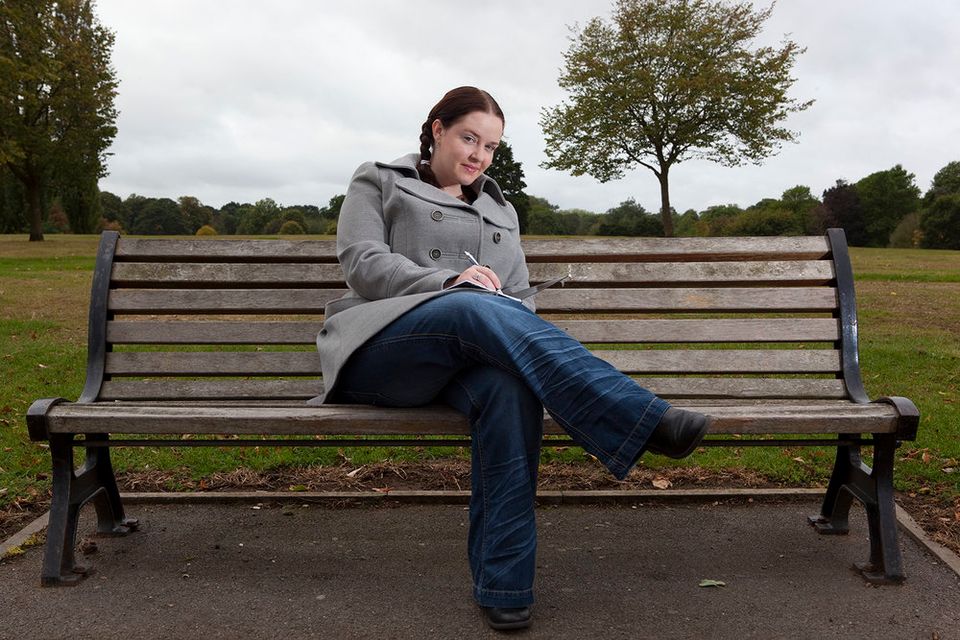 1 / 7
Lucy Felthouse
"'You ain't seen nothin' yet!' Meg laughed, tugging Grace in for another kiss. This time, both girls were on the same page, and the kiss was toe-curlingly sensual. Soon, Meg pulled away, only to trail her lips down the other girl's throat and begin planting soft kisses, trailing her tongue across the delicate skin there. Grace gasped, and tangled her fingers in Meg's hair. 'Trust me,' Meg said softly, fearing Grace might think she was going to bite. 'I will never do anything you don't want me to.' 'I know. It just feels damn good, that's all. Don't stop.' 'Oh, I have no intention of stopping.'" from <em>Bite with Height from Noble Romance </em>by Lucy Felthouse <a href="http://www.lucyfelthouse.co.uk/" target="_blank">www.lucyfelthouse.co.uk</a>
David Woolfall