To cheer up his 91-year-old grandma, Frederika, French photographer Sacha Goldberger took a series of photographs with his Hungarian grandmother in bizarre costumes, positions and situations. While the photographs are purposefully surrealistic, Frederika Goldberger is a hero, having saved lives during World War II. Although apprehensive at first, his grandmother soon became excited about the shoot and the concept. The result is the series titled "Mamika," which has gained much success on the internet especially as a result of the MySpace page Goldberger created and that was recently featured on My Modern Met. 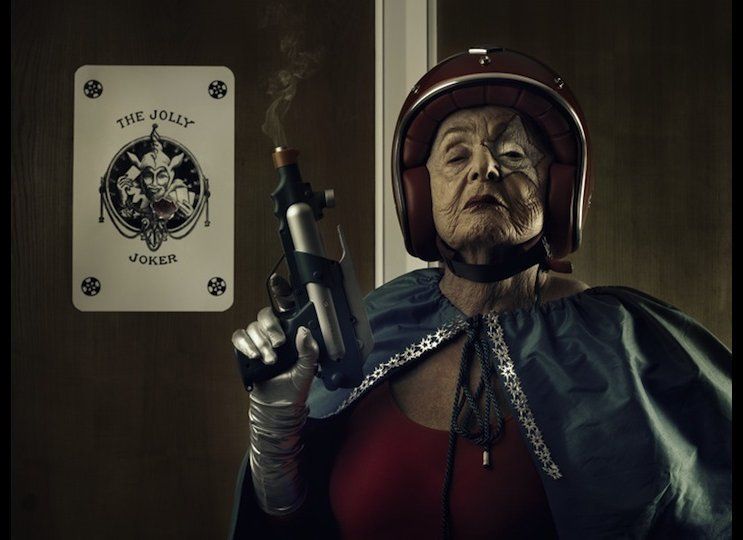