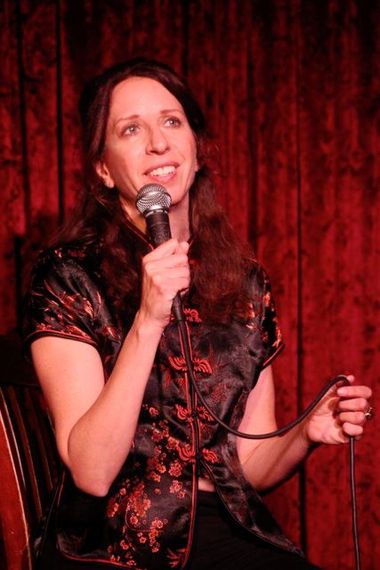 Roslyn Cohn was my first friend in New York.

We met at the elevator of the women's residence into which we had both just moved. I had come from Minnesota, and she from California. She was an acting student, and I had just gotten a job sewing costumes for Broadway.

Roz and I had arrived in the Big Apple with like-minded tenacity and ambition - and with a naïve certainty that we would succeed.

The only trouble is, Roz had an obstacle. A big one. At random times - in public, on stage - she would begin to shake.

She trembled, she quivered, she wobbled. Quite an impediment for an actress.

Determined and dedicated, Roz would do anything to achieve her life dream, and she would find a way to overcome her handicap. The solution presented itself when she met a group of actors in a New York improvisation group. They urged her to join them in the magical club that would not only cure her shaking, but guarantee her success.

The answer was the Church of Scientology. Celebrities (Tom Cruise! John Travolta! Kirstey Alley!) belonged to the Church...and so did a fellow actor who was the current object of her desire.

It was a win, win! A dream come true. She would stop shaking, get her man, and become famous...

For the next twenty-three years, Roz became engulfed in the demented world of L. Ron Hubbard.

She was purified, security checked, and given the key to life on the bridge to eternity. Roz invested tens of thousands of dollars into her Scientology "education." She bought it all - with each additional $2000 or $5,000 or $15,000 investment, she was made to believe that she was closer to achieving her aspirations. Credit card interest was a small price to pay for fame, right?

Except that her life was no longer her own. Her time was dictated by her Scientology course schedule, and her family and friends took a back seat to "approved" relationships.

Roz's loyalties were to an organization whose origins had reportedly begun when, 75 million years ago, an evil, inter-galactic dictator named Xenu brought people to earth and blew them up. Evil essences were left behind that are the current cause of spiritual harm. Sounds like a comic book, right? Well, according to the Church of Scientology, they have no less than 8 million members who have bought into their doctrine.

The kind of intense brainwashing that makes a level-headed human being get sucked into something so absurd takes a good chunk of time out of a life.

When Roz's father became terminally ill, she wavered. She needed to be with her family, but the powers-that-be demanded that the Church take precedence. Her judgement had become severely clouded. She struggled with her priorities. Surely her family was more important than the Church of Scientology PTS/SP Course that would confront and shatter Suppression. Right?

More money was demanded of her, to purchase additional programs that would help relieve her of her "sins" and supposedly save her father. Because of her indecision, her name was being dragged through the proverbial mud. She began to question the motives of the very institution that had ruled more than half of her life.

Her father died, and they told her that he would, hopefully, be ready for Scientology in his next lifetime, implying that he could have been saved, if only...

The fog began to clear. WHAT was she DOING?

When she saw the Bill Maher film, Religulous, in which he exposes the lunacy of the genesis of Scientology, she sat up and took notice. It was just a movie, but it was about to change her course.

Looking online at the contraband information that The Church had claimed would destroy her, Roz discovered solid facts that revealed their sinister schemes. She questioned the tenets and teachings that she had been submerged in - and was able to, once and for all, break free.

She ultimately discovered that the shaking she had been plagued with was actually a common neurological condition, not a result of "harmful toxins and corrupt influences."

Roz climbed over hell and high water, through snakes and locusts, exposing herself to the wrath of a Dianetic-diseased population of automatons. Threatened by the long arm of the Scientology law, regarded as a "Suppressive Person", and abandoned by long-time friends within the organization, she forged ahead and regained control of her life.

Clarity triumphed. My friend was back.

In her spirited one-woman show, "DiffiCult to leave," Roz uses song and narrative to recount her experiences. Alternatively hilarious and moving, the show is a first-hand account of the before and after of life in a cult...perhaps the largest, and most powerful, cult in contemporary times.

This show represents the ultimate success of that young actress who once traveled to New York City to follow a dream. It is the story of her life, in the performance of a lifetime.

It is a story that the world needs to hear. Don't miss it.

Sterling's Upstairs at the Federal
North Hollywood, CA
By reservation only 818-754-8700

[Pam Peterson writes the blog, Just One Suitcase, A Designer Abroad. This post is a departure from her usual travel and design-related content. She felt compelled to write about this show, not only because the performer is a longtime friend, but to raise awareness about an organization whose motives are contentious.]