Blogger C.G.P. Grey put together a map of the United States listing passport holders per capita by state.

States on, or close to the coasts tend to hold the most passport carrying citizens, as the states with over 60% of the population holding passports are California, New York, New Jersey (the winner with 68.36%), Massachusetts and Delaware.

It should come as no surprise that one of those Jersey passport holders is Sanjeev Midha, the title holder of America's largest passport at 96 pages.

The state with the least passport holders? Mississippi. Less than 20% of Mississippi's population has passports (19.86% to be exact). Via blog.cgpgrey.com/

Where does your state fit in? Do you have a passport? Why do so many New Jersians have passports? So many questions. 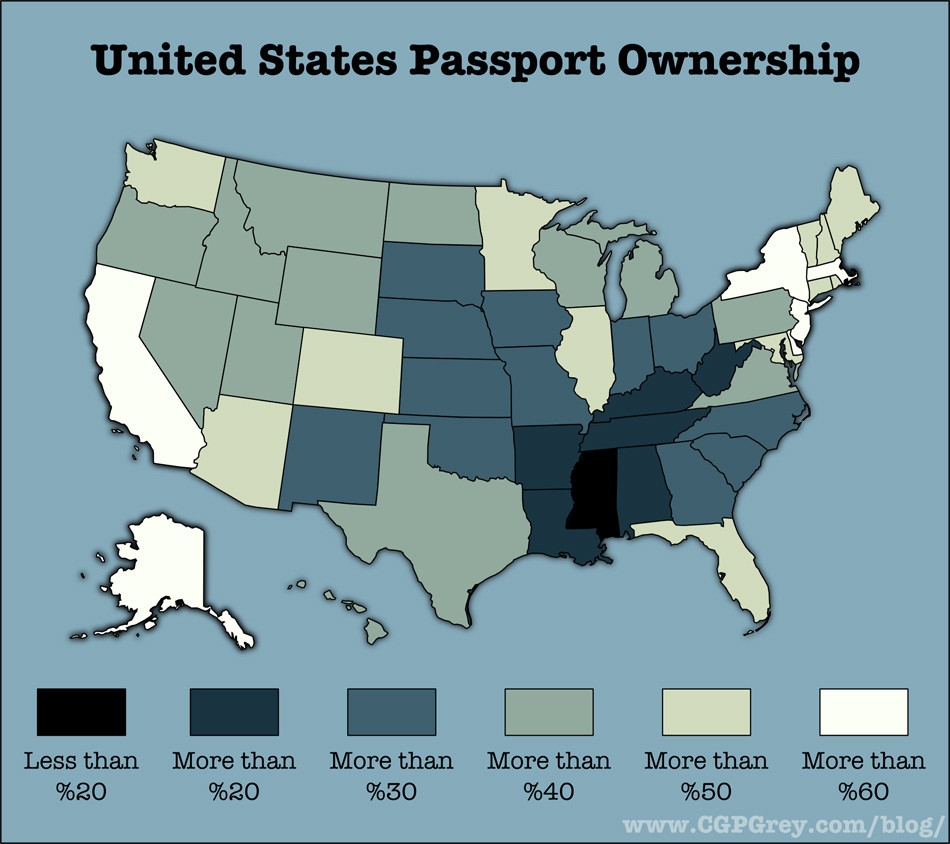