He's not often thought of as an artistic director.

George Balanchine co-founded America's first world-class ballet school, choreographed more than 400 works for the stage, launched the careers of a dozen stars and died an undisputed modern master -- the most influential figure in 20th century dance.

To call him the artistic director of the New York City Ballet is a bit like calling Babe Ruth the right fielder of the New York Yankees. (Though, if we're going there, I might add that the southern-most building of the Lincoln Center compound was designed to Balanchine's specifications. The theater that houses the NYCB to this day is truly the house that George built.)

So let's get the accolades out of the way. Balanchine goes on the list of greats. Picture me nodding, yes, yes, and hurrying off to Lincoln Center for Saturday's all-day Balanchinalia celebrating the choreographer's 110th birthday.

And now a word about the man under the mantle of creative genius. The manager. For that is what an artistic director must be, as well as an artist. The one who decides who dances what. Who dances when.

Balanchine may have created more ballets than any other choreographer, but many of them he created for a specific dancer. That so many of his famous "muses" were ballerinas whom he married, pursued or punished for an unrequited love, is part of the Balanchine story, the Balanchine mystique. But it's a troubling part, and one that has been making inroads into his unassailable accomplishments ever since his death twenty years ago. 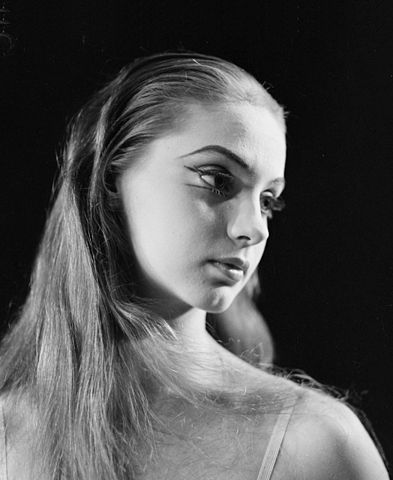 The most glaring example of Balanchine's inability to depersonalize his profession is the 1969 dismissal of 23-year-old Suzanne Farrell, the rising star who chose not to marry her 55-year-old mentor. Another young protégé, Gelsey Kirkland, went public in her condemnation of "Mr. B." as a despot. In her autobiography, Dancing on My Grave, she implied that he was ultimately responsible for the anorexia, bulimia and addiction that nearly killed her.

Kirkland's accusation is not an aberration but a cautionary tale for ballerinas. There is no doubt that Balanchine had a deep reverence for women and for the female body. He once said that the "structure of the American dancer" dictated the lines of his iconic choreography.

But by "structure of the American dancer," he had something very precise in mind. Farrell called it "leggy, linear, musical, unsentimental and, of course, untouchably beautiful." Add to that: young, tall and slender to the point of alarm. He liked to see bones. He liked to see ribs. He liked hyperextension and strength that was mechanical yet lithe. It is Balanchine's obsession with this impossible "structure" that is often blamed for the destructive eating and body disorders that plague the dance world. "The Balanchine body is kind of scary," concludes one detractor.

Historian Elizabeth Kendall has written about Balanchine's youth in St. Petersburg/Petrograd, revealing the young dancer's isolation and survival through "the most perilous time in Russian ballet history." Kendall aims to identify a tragic young ballerina, Lidia Ivanova, as the original Balanchine muse and, while she doesn't quite make the case, her evocative descriptions of the privations endured while training during revolution and civil war (frigid studios, rationed meals, shoes made from saddle leather) suggest a different model: "The dancers were as hungry, cold, and sick as the audience," she writes, adding "yet they managed to delight their audiences."

As I read those sentences, I had in mind the Balanchine body. Kind of scary. Still delightful. Forged in a crucible of classical technique and experimentation. Steely survivors schooled in timeless grace and beauty. In this context, I begin to forgive him this harmful obsession, too. His perfect ballerina just looked like the ones with whom he began this journey.

I like Jewels, and I certainly salute any man who can write two dozen ballets with Igor Stravinsky. But as a novelist writing about the dark side of the curtain, it is Balanchine the artistic director who fascinates me. Because when a director's artistry collides with his personnel, when his ideals are reflected to personally on his company, that's when sparks fly. That's when ballet rises above the surface of esoteric art form to splash in the public imagination.

Just ask Sergei Filin, the artistic director of the Bolshoi Ballet who was attacked one year ago, launching a protracted scandal with many casualties. Filin's artistic potential was never debated. It was his directorial style that made him enemies. Acid-wielding enemies.

An unfair comparison? Yes of course. George Balanchine may have been Russian, but he was the father of American ballet. He may have been controversial, but he was beloved by nearly all his muses, including Suzanne Farrell who said, upon returning to his company after six years in exile, "I trusted him with my life."

Filin? Well, Filin will be fortunate if his tenure ends as a footnote in the annals of Russia's legendary ballet. (And if his vision is somewhat restored of course.) He is an artistic director with little else to add to his resume, least of all a legacy of work that merits a posthumous birthday celebration year after year after year.

New York City Ballet celebrates Saturday at the Ballet with George on January 25.