I never got a chance to meet photographer David Prifti before he died of pancreatic cancer in 2011. I have however seen his brilliance in exhibitions at Gallery NAGA in Boston, and most recently in the exhibition Prifti: Drawn By Light at The Griffin Museum of Photography in Winchester, Mass., on display through March 2, 2014. 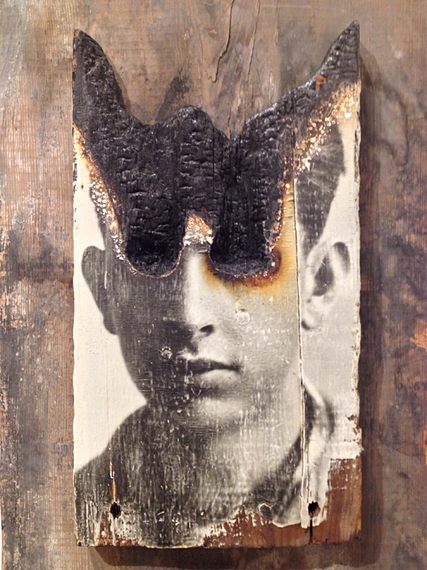 His work went beyond the act of taking a picture and going into the darkroom and creating that perfect print on a piece of paper. The words "perfect" or "shape" need not apply. It was his uniqueness as an artist and his ability to bring the most obscure objects to life. Things that we normally would have thrown away because they were broken, chipped or old, he would repurpose in order to create his works of art. What we originally associated these objects to be, suddenly had taken on another meaning -- another life. Prifti's approach to creating a photographic image sets his work apart from the traditional view of what we see or think when we think of photography. Granted, he did make some traditional photographs, but for the most part, we remember him for his nontraditional methods and techniques, through which we in the photography industry refer to as an alternative process.

The title of this exhibition hints back to the pure definition of what early photography was known for: drawing with light. Some of his most noteworthy pieces were created as a way to reflect on and highlight his family's history. Prifti's images came to life by applying a liquid emulsion onto intimate and the unlikeliest of objects, such as broken slats from old buildings, rocks, tin, ceramic, shards of metal, and even a section from a picket fence. His artist statement said that these objects were used as a way to resurrect them and create something new through a type of recycling and rebirth, showcasing their past existence -- an idiosyncratic way of paying homage to his ancestors. These objects soon turned into art -- images would appear, and these images were usually of faces.

Faces stare back at you throughout this exhibition. They play a big part in his work. Some of his source images are old family photographs, while some are newer and give you this feeling of nostalgia. As many contemporary photographers working today gravitate toward this fascination with "the gaze" as a way to homogenize their photographic canvas so that we are forced to look at everything else in the image, I don't find that a concern when looking at Prifti's images. I'm pretty certain that this contemporary trend wasn't his concern either; rather his investigation through portraiture was purely personal, as noted in his artist statement, "an evolving exploration of the sitter and myself." He was close to his subjects -- close and intimate. They were family, friends and students. 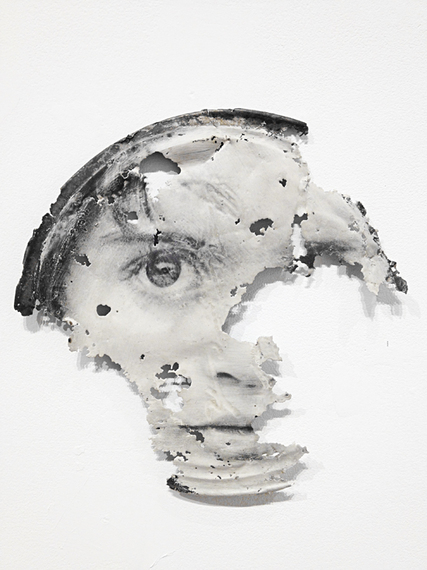 Gaze, 2003, a 12x12 inch photo emulsion image on metal was the piece in this exhibition that drew me in. An old piece of metal -- quite possibility the bottom of an old paint can is now the surface from which this woman's face looks out at us. This is what remains when all is washed away. Looking around at this exhibition you sense how precious life is and how death and decay of objects and of lives once lived can be experienced outside of what our traditional beliefs are. Some things live on past their life cycle. 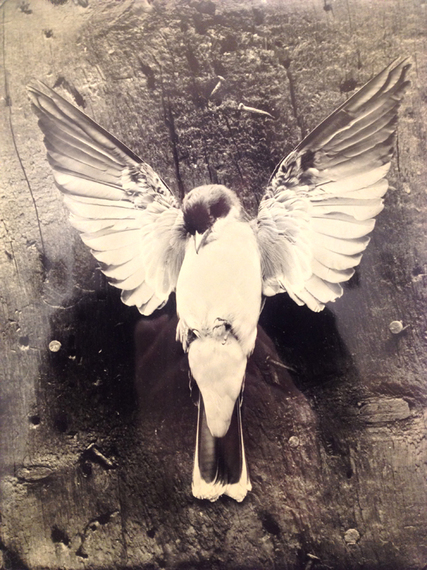 Eastern Kingbird, a wet plate collodion image looks angelic and also hints at religious iconography simply from the fact that it lies dormant with its wings spread on an old piece of wood covered with random bent-over nails. The religious motif continues with the few 'altar' pieces in this exhibition. The assemblage of objects that make up these altars remind me more of a Joseph Cornell cabinet of curiosity rather than Jan van Eyck's Ghent Altarpiece. 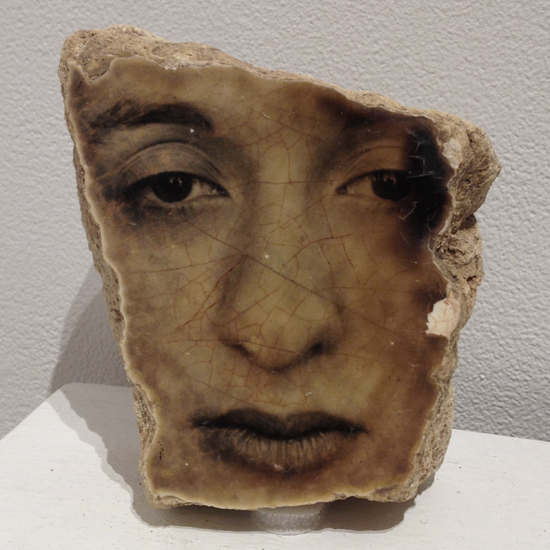 Prifti's memory shards -- random pieces of ceramic hung on the walls and displayed in jars throughout the exhibition are mainly of eyes and partial faces and speak of this deterioration that all life forms go through. Whether through the natural aging process or through things that we have no known cure for yet, like pancreatic cancer or Alzheimer's, these works hint at the slow and often painful loss of functions, of identity and of spirit. The jars tend to act as metaphor: a vessel to store our memories like a brain, or an urn for our ashes.

Images created closer to his passing take on a morbid interpretation -- tree root systems, then an image of a stack of wood, bones and bird skulls, to the image titled Hannah, Assabet, Harrington Ave. -- an eerily recognizable pose similar to that of Ophelia from Shakespeare's Hamlet. If you were an artist, and you knew the end was near, what story would your art tell? 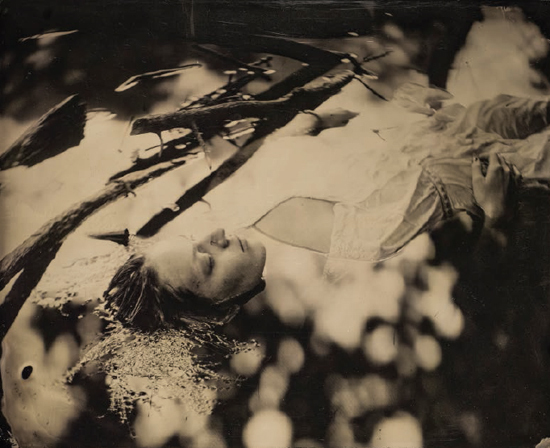 As the opening reception of this exhibition came to a close, the curator shut the lights off. I asked her if I could take one more peek -- I wasn't prepared to leave. Graciously, she allowed me to turn the lights back on so I could take one more pass through the room by myself. What patron's might not realize is that the museum recreated one wall in the exhibition as an exact replica to how his studio was left after he past. On the wall amongst the objects and faces was four letters that spelled out the word: RISK. To some, his unorthodox artistic practice and style might have been a risk, but for this lone viewer, I left like many did on this night, completely and utterly inspired.