Looking out the window as my flight landed at Hazrat Shahjalal International Airport in Dhaka, Bangladesh I was greeted with the somewhat disconcerting sight of taxiways under construction; large chunks of pavement were missing outright. Sure, it was no big deal as other taxiways were open. Still, after 36 of travel half-way around the world to board the final scheduled service of an airplane being retired anything resembling a less than normal operation had me on edge. 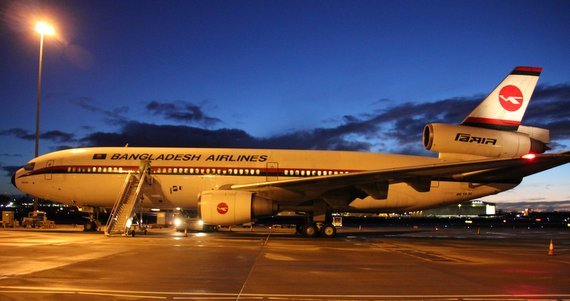 The last DC-10 operating in commercial service after her final scheduled flight.

The DC-10-30 aircraft first flew in 1972 and nearly 400 DC-10s were delivered to customers during the twenty years the aircraft was manufactured. It was a modern marvel when it first went in to service, typically carrying 280-350 passengers and featuring the distinctive third engine in the tail which gave it a striking profile. It also was a complicated-and somewhat troubled-aircraft at its launch.

The cargo door had a bad habit of not locking properly early on. The door opens out rather than in which increases cargo capacity. It also led to incidents where the door appeared closed but was not actually properly locked, some of which saw catastrophic results. There was also a five week period in 1979 where the DC-10 was grounded by the FAA due to shortcuts taken in the design of certain flight control and warning systems. Not a great history, but after early troubles the planes did become rather more trustworthy.

The DC-10 is also one of the last operating aircraft types to require a flight engineer in the cockpit. This third officer working the flight adds significantly to the operating costs of the type, as does the lower fuel efficiency of it being an older craft. 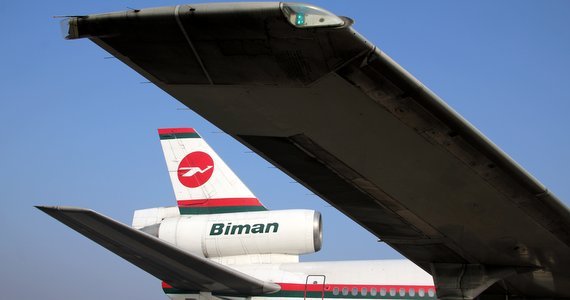 The distinctive tail-mounted engine on the DC-10.

With operating costs through the roof and the planes approaching the end of their reliable operating lifecycle (our aircraft was one of the newest at just under 25 years old) it is no surprise that the DC-10 no longer carries passengers. It served a broad market initially and more specific niche markets in recent years -- this one was used to shuttle workers between the Middle East and their homes in Bangladesh -- but that era has come to a close. It simply is no longer financially viable as an everyday airplane. 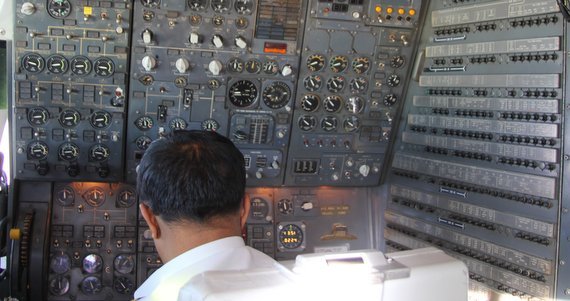 Our Flight Engineer working during the second half of the trip.

Because of that I was in Bangladesh about to climb on board the last airframe of the type operated by Biman Bangladesh Airlines, the last airline using the DC-10 in scheduled passenger service. For the final commercial flight we were booked for thirteen hours en route to Birmingham, UK. Waiting in the boarding area prior to the flight was a group of thirty men (and one wife dragged along for the adventure), mostly guys who knew each other from previous "final flight" experiences. This was my first, but I quickly fell in with the group, in large part because we were the only passengers on board. Of the 300+ seats available inside most would fly empty. Only the truly dedicated (or crazy) made this journey.

We were bused out to the plane, at which point we all started to wander off, taking photos and exploring. Never mind that we were on the ground at an active international airport; we were allowed to roam somewhat freely and soak up the experience. Many of Biman's employees were there next to us doing the same. 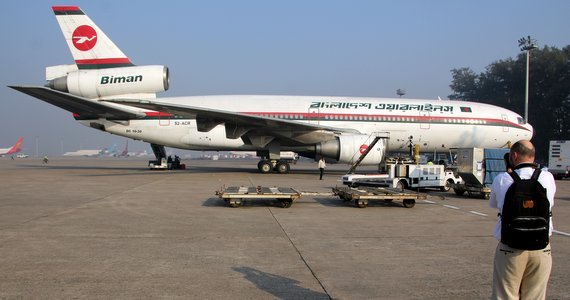 Entering the cabin was a time warp, straight back to the 70s where floral prints in bright colors were considered a good thing. The design motifs may have been 30+ years old but there they were, a rainbow of fabrics and patterns which someone certainly was proud of at one point. 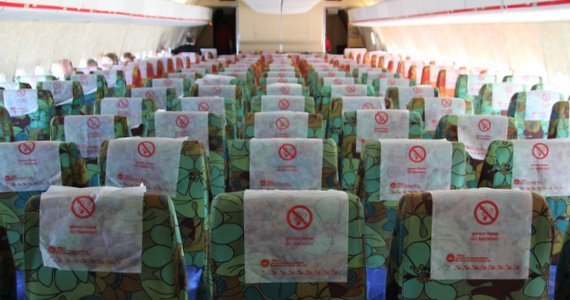 A rainbow of floral prints throughout the cabin.

I poked my head in to the flight deck shortly before departure and caught perhaps the most telling sight of the entire trip. The flight engineer was working up the final numbers for fuel and loads so we could get underway. He did so using an old Casio calculator with just the basic arithmetic buttons. Sitting on his desk right next to it was in iPhone. Arguably more computing power in the phone than was used to build the aircraft, and he didn't even use it for the simple math we needed to get off the ground. 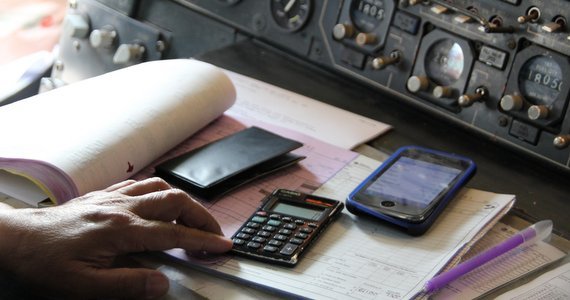 Sure, there was an iPhone there, but the trusty Casio calculator was still used to plan the final details.

The rest of the twelve hours of travel was a mix of aviation geek heaven - getting to try out the jump seats, visit the flight deck while in the air and exploring nearly every nook on board - and quiet time. There was plenty of room to spread out for a quick nap, though really only because the flight was so empty. The seats were quite packed in, with minimal pitch and excessive recline. It would not be a comfortable flight under normal circumstances. 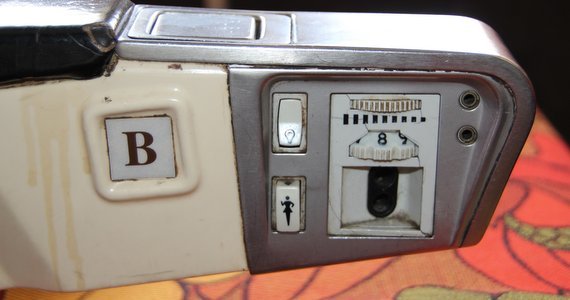 Most definitely NOT a modern in-flight entertainment system here.

There was a brief raid of the duty-free cart (we still had to pay for the goodies), certificates signed by the pilots to show that we really were there and photos taken with the crew with whom we'd become friends over the day of travel. 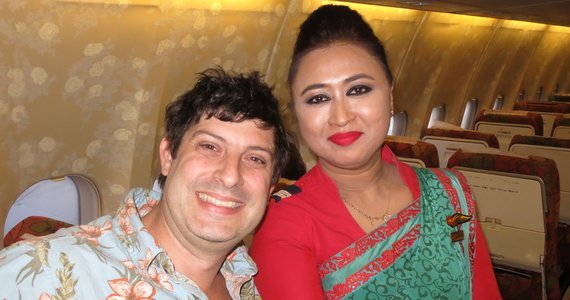 Me and my new best friend on board.

For the cabin crew it was a sad day, but they knew that the 777s and other aircraft awaited them for work the following week. They were leaving their "familiar home" but new adventures await them on other aircraft. Similarly, the pilots will mostly transition to the 777 and other aircraft Biman acquires. For the flight engineers the future is much less clear. Not many jobs exist for them these days.

And then we were in England. The trip was over and we thirty passengers dispersed back out into the world. The plane made a few extra scenic flights before returning to Bangladesh one final time. The end of an era in passenger aviation history.

Wandering the globe, one flight at a time