Marc Cleary is sitting in a casting room. While this is normal for many in the Hollywood area, he isn't about to audition for a role. He is directing his first feature film Limelight. Cleary wants to be involved in all aspects of the filming process (including the casting). As each actor walks through the door, he looks not only for talent, but also a certain energy that he or she brings to the table and to the role. As the casting comes to a close, he believes it is a success, but now has to deal with the hard decision of helping to choose who he feels are right for the part.

His journey to the director's chair isn't your typical Hollywood story. The Dublin native started in the world of choreography and quickly excelled. He began dancing competitively, going on to represent Ireland in the World Hip-Hop Championships. From there he was hired to coach the American Varsity team for the same competition. In 2005, he traveled to Los Angeles and never left.

Cleary was signed to MSA, a top dance agency and proceeded to appear in multiple tours, music videos, and other shows. Some of those performers included the Pussy Cat Dolls, Jennifer Lopez and Kat Graham (which he currently acts as one of her creative directors) along with many more. He took this passion for music, film and dance into successful production company (StoliGrant Productions) where he has directed/produced multiple music videos for up-and-coming artists.

Lately, his focus has shifted to behind the camera. This transition began with his passion project Pepper a short-film written and directed by talented Irishman. During the pre-production of Pepper, Cleary set up his own film production company Stol'n Heart Films with colleague Craig Robert Young. Through a successful project on Kickstarter, they were able to see Cleary's vision come to life. 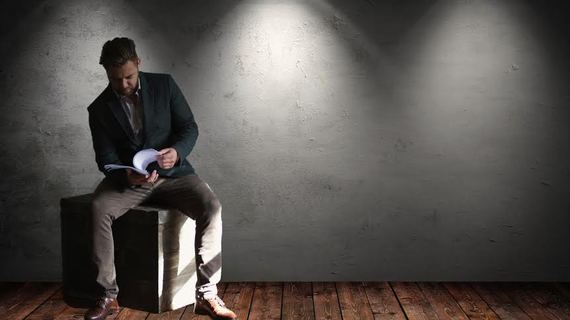 The short is about Pepper, a drag queen who finds a young boy Charlie outside in the alley where she performs. The reason Charlie is there reminds Pepper of the importance of family and doing the right thing (There is more to the story, but I did not want to give too much away). Cleary (who again wrote the script) was originally not going to direct the film. However, he was having trouble finding a director that shared his vision. "It's hard for a writer to hand a script to a director and hope that their vision stays intact." Cleary states. "I'm a very detailed person and when it came time to find a director for Pepper my producer suggested that I direct it and he'd be there with me to guide me if I needed anything." So with the support of those around him, he shot the film last year. However, it is now beginning to pick up steam in the film festival world and has already been accepted to multiple festivals including The Art of Brooklyn and the Boston LGBT Film Festival.

Marc Clearly hopes to parlay this success with more directing roles. While in the middle of shooting Limelight, Marc is also in pre-production for another summer feature 'In Repair' with castings in process already. "I'm pretty excited for this one. As well as being such a beautiful script, we've been putting offers out to some big actors that I really admire and respect." Cleary states. If that's not enough, he has written and is developing a pilot called From the Top, a scripted show about the trials and tribulations of the dance world.

I came across Mr. Cleary when he directed Adam Lyons' music video "Psycho." His genuine excitement and humbleness for being mentioned in the article I wrote compelled me to send him a message on Facebook expressing my gratitude. We started talking back and forth and he sent me a link to view Pepper and humbling said "when you are bored and have time, you can watch it." That next afternoon, I decided to watch it. I had zero idea what it was about. Also, many people have made short films. Some are good and some are pretty bad. I was hoping it would be good, and was initially braced for both scenarios. I was not only blown away, but moved by this film.

There plenty of people who venture out to Hollywood and try to make it big. Some make it, many don't. Besides talent, what separates Marc Cleary from the some of the others is his drive for perfection along with his ability to stay grounded. Once success hits anyone, it is easy to form a huge ego. Marc has been active in entertainment for some time now and in many different areas. However, after talking to him I wouldn't have any idea. He has remained grounded and is humbled by the success that is coming his way. It is easy for a person to talk themselves up. A person's biggest advocate should be themselves (most of the time). While Mr. Cleary has to do this occasionally, instead of telling the world of his accomplishments, the Dublin born director is showing the world what he can do. With all that he is accomplished and the things that are coming his way, I would say he is off to a great start.