I wish I had known Patricia Monaghan. She died a year and a half ago after a rich life as a poet, author, goddess scholar, and pioneer and mentor in the contemporary women's spirituality movement. She was an academic, yes, but also a hands-on kind of woman. According to her husband, she was as concerned about the temperature of her root cellar as she was with the depth of her research. 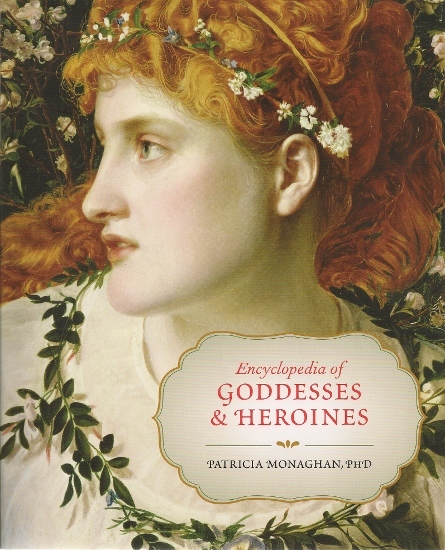 That research is stunningly thorough. I have in my hands the posthumously released revised edition of her Encyclopedia of Goddesses and Heroines. The first, very popular, edition was published in 1979. This beautiful, fat -- in a good way -- expanded version tells the stories of more than 1,000 ancient goddesses and heroines from such far-flung corners of the earth as Mongolia, Benin, Tierra del Fuego and Wisconsin.

The 432-page book is so lovely and inviting in cover, paper, and text design that I began thumbing through it as soon as it arrived in my mailbox. I started out looking for stories that might have been told by my long-ago Scottish or Native American ancestors, but I was promptly waylaid by tales of goddesses who are worshipped all over the place. To wit:

■The Inuit creatrix Aakuluujjusi, observing that the caribou she had created were too fast for human hunters, arranged to turn their belly hairs around so that they caught on the wind and slowed the animals down.

■The giant goddess Cailleach survived on the milk of deer and made it her project to protect the wildlife of Scotland. Hunters caught preying upon pregnant animals were strangled to death with their own hair.

■Uzza was the goddess of the evening star worshipped in Mecca before the advent of Islam.

■The tiny fairy Bebo of Ireland was the king's mistress for a year -- despite the fact her body was smaller than his phallus.

■The Ho-Chunk people of the upper Midwest tell the story of young C-ga whose shiny white hair attracted numerous suitors. C-ga grew so vain with all the attention that she chose to sit by a pond rubbing her skin with flowers. When she rejected the attentions of the trickster Turtle, he turned her into the first skunk.

Sacred fires, holy wells, magic cauldrons, shape-shifters, a blue-faced woman with one eye, a goddess screaming for human meat, the wail of a banshee, human scabs that can bring wealth to a friend - Patricia Monaghan has an open mind; she investigates and befriends them all. She surely had a blast putting together this book. 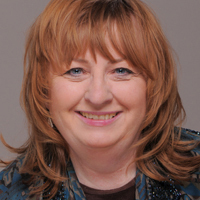 A Pushcart Prize winner, Monaghan was also the author of Goddess Paths and The Red-Haired Girl from the Bog. She was associate professor of interdisciplinary studies at the School for New Learning at DePaul University and a senior fellow at the Black Earth Institute in Wisconsin.

She was born in 1946 and died of cancer in 2012. She grew beans in her Wisconsin garden, restored a native prairie, and grew grapes for wine. One could wish for a longer life for Monaghan, but probably not a fuller one.

You can read about one of Barbara Falconer Newhall's personal heroines at "An Episcopalian Says Kaddish for Her Jewish Aunt." For more of her thoughts on religion and spirituality go to "Forgiveness is Tough, Atonement Even Tougher" and "Christianity -- Some of It -- Is Bunk."