For Her 40th Birthday Blowout, A Social Media Pro Has 37 Children

What brings comfort to my heart as a mother? I long for the day when my kids want for themselves what I want for them - pure hearts, faith, health, open minds, great character and the drive to succeed. Many of these things come through the guidance and opportunities we give as parents. Unfortunately, often times the inequality of opportunities creates unequal results. One of the reasons I started Connecther is to find like-minded women, all over the world, who share these passions and to support the amazing work they are doing to create opportunities in their communities.

One of our advisors, Elaine Robbins, spoke to Amanda Quraishi, an inspirational Connecther supporter. It's my Mother's Day gift to you...a story about a passionate mother who wanted to give back:

To celebrate her 40th birthday, Amanda Quraishi could have jetted off to Paris with her husband. Or splurged on a spa weekend. But instead, the Austin-based technology professional had an inspiration: Why not do something more meaningful to celebrate such a major milestone?

But what can one woman do to make a real difference? To explore that question, she called Connecther founder Lila Igram and explained the special connection she felt with the women of Afghanistan. "I know there are women there on the ground there who are doing great and important work for their society," she told her. "And I would love to find a way to support that."

Together, they found a project that Amanda felt passionate about: an Afghan Girl's Scholarship Fund led by the amazing Sakena Yacoobi of the Afghanistan Institute of Learning. Then they set an ambitious goal: to raise $10,000 for a project to provide scholarships for 35 Afghan girls. "That was the hardest part," Amanda says. "I've never done any fundraising before. What if I was too ambitious and it didn't happen?" To find out how Amanda's project turned out, click here. 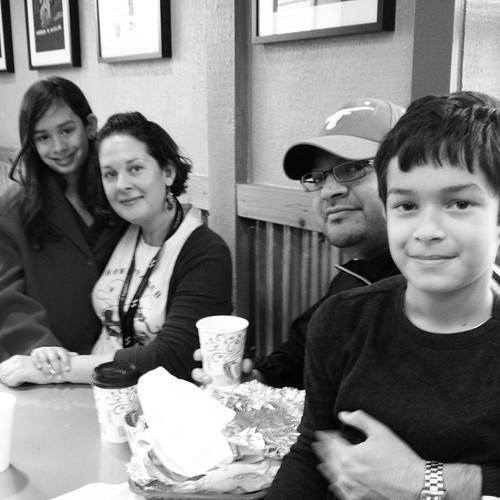 Amanda with her beautiful family

To kickstart her campaign, Amanda and Lila first found two matching donors. Then Amanda posted her request on Facebook. She was surprised to find that her friends and contacts responded with as much enthusiasm as she had. "I hate to say it, but I'm the kind of person who always expects the worst," she says. "But I watched people share my request on their Facebook page and Twitter and tell other people why they were inspired to help. That was very cool. All those people were willing to invest in the future of Afghan girls without expecting anything in return."

Although some contributions came quickly, Amanda had moments of knuckle-biting doubt about whether she would meet her goal. "I was thinking, What could I sell if I really needed to? Maybe I could sell some jewelry." She had watched a fundraiser colleague enough to know that she couldn't just post her campaign on Facebook and forget it. "It took a lot of work and time," she says. "There was a process of reaching out to individuals. I used e-mail and personal contact and phone."

One day just six weeks after launching her campaign, Amanda realized that she was a mere $300 from reaching her goal. She sat down at her computer and posted a message on Facebook: "Hey, we're really close. We only have $300 left." Then she got up to wash the dishes. When she returned, she found a message from a friend. "OK, I'll cover it," he wrote.

She sat stunned. "I couldn't believe it I had done it. My husband couldn't believe it, either." A few weeks later, she celebrated the victory by doing something she's always wanted to do: she went skydiving. The experience of setting an ambitious goal and achieving it has changed her forever. 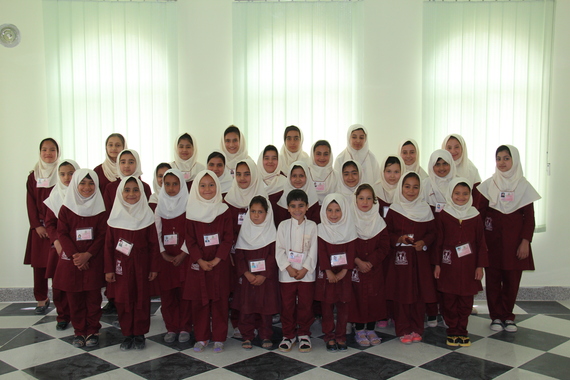 Now Amanda has 37 children: her own 2, plus 35 Afghan schoolgirls. No, she doesn't pack 37 lunches each night, but she has come to experience how the powerful reach of a mother's love can extend far beyond the borders of her own family.

"Every person has this sphere of influence," she says. "Big CEOs and philanthropists can do so much with their sphere of influence. What's so awesome is that I'm just an ordinary person. I work at a nonprofit, I have a family. Being able to do something like that gave me faith that a lot of the problems of the world can be solved if we all just put our minds to it, if we all focused a little bit more. Now I know I can do things that push me out of my comfort zone, things that I know are going to make the world a better place, and go after them."

To find out how to create your own project challenge, contact Lila at lila@connecther.org

What inspires you? How do you dream of making the world better for women and girls?

Elaine Robbins writes about wildlife conservation and environment and development issues from her base in Austin, Texas.