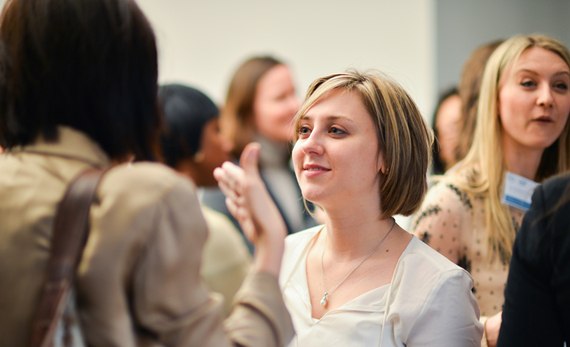 When asked if they had at least two female friends who they talk to about something besides men, Yale researchers found that only 30 percent of women responded affirmatively, demonstrating that over half of women are responsible for their own gender bias.

"An overwhelming number of subjects told us they've been meaning to see the girls for brunch or drinks soon," said the Yale head of research, "but it's gotten hard now that one of the girls is married."

The 452 women with over two female friends were asked to name their favorite conversation topics. "Boys" was by far the most frequent topic among the 18 to 35 demographic; among women 35+ crowd, it was "spouses."

Only one group of friends admitted to conducting a woman-centric conversation over "equal pay, the gender dichotomy, and Orange Is the New Black." Even that conversation eventually switched to boys, however -- "Is it weird that all the scientists here are guys?" quotes the study in a footnote.

Yale will be researching the causes of these disturbing, self-sabotaging results. One researcher believes "girls who get along better with guys" are to blame; another lends credit to "the rise of dating apps." Others posit that women have switched over to their "main gays".

Jenny Shroeder, 23, said of her disappointing test results: "What was up with my researcher? He seemed into me at first but then gave off the 'in a relationship' vibe."

Reductress.com, the one and only fake women's news magazine