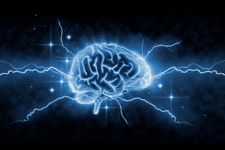 Having long struggled with an autoimmune illness, recently I found a key to understanding why I got sick and how I got well in the New York Times Magazine. I think it will be a game-changer for people suffering from inflammatory diseases that affect every organ system in the body.

In 1998, Dr. Kevin Tracy, a neurosurgeon at the Feinstein Institute for Medical Research, convincingly demonstrated that the vagus nerve directly affects immune cells through a game-changing experiment that went against all known medical thinking at the time. The vagus nerve travels from the brainstem through the body, connecting to most of the major organs and exerting a calming influence on them. Dr. Tracy injected a toxin known to trigger the production of tumor necrosis factor (TNF) that leads to inflammation. He then stimulated the vagus nerve and blocked the production of TNF by 75 percent. Further studies involving incision of the vagus nerve concluded that the nerve was the route of information transfer from the brain to the body.

Nine years ago, after a viral illness, I developed a severe and incapacitating autoimmune disease that defied diagnosis. At the same time, a marker for multiple myeloma appeared in my blood and progressed to smoldering myeloma over the next three years. Using both conventional and alternative therapies, I am now essentially in remission from both diseases, and have reduced my medication to one quarter of the initial dosage. Dr. Tracy's work has finally helped me understand how this happened. I hope this insight may help you if you suffer from rheumatoid arthritis or another inflammatory disease. Many diseases are now thought to have an inflammatory cause at their root.

When I first became ill, the muscular pain was so severe that I was unable to even turn my head. Any muscle contracture was excruciating. It took three months before high dose prednisone calmed the inflammation but caused me to gain 70 pounds and lose bone density. It took another year before Enbrel, an anti-TNF drug, was found effective through trial and error. This allowed me to slowly wean off the prednisone, lose the weight, and begin my exploration of alternative therapies. I remain grateful for the efficacy of the prednisone and the injectable biologic. Without them I may have remained in intolerable pain and had the impact of ongoing inflammation. Once quelled, however, it made sense to try to find something with a lower risk profile.

Qigong, tai chi, yoga, heart rate variability biofeedback, and high dose EPA fish oil were just a few of my investigations. As a physician and scientist, I never really liked the term "alternative" and didn't feel that much better about "complementary." To me, if a treatment works, it is just medicine for which we don't yet have the scientific basis.

The vagus nerve, it turns out, is what I was learning to impact through my heart rate variability biofeedback and also the qigong and tai chi that I have been doing for eight years. One of my teachers, Dr. Ming Wu, a third generation Chinese herbalist and tai chi master, has been talking about affecting the body's bioelectric system through these simple ancient treatments since I have known him. These "alternative therapies" as it turns out are most likely working by stimulating the vagal nerve and thereby reducing TNF. Enbrel reduces TNF through directly binding it.

Stress leads to over activity of the adrenal fight-flight reaction. The vagus nerve leads to the relaxation response. Now it all makes sense. The viral load, my stress level, and undoubtedly my genetics interacted to create a profound inflammatory disease that released too much TNF. Enbrel, prednisone, acupuncture, qigong and tai chi all lowered the circulating TNF either by directly binding it or through the now scientifically recognized bioelectric system. We don't have to choose Eastern or Western -- just what is effective. Now we have a demonstrated scientific underpinning linking the two.