A landslide majority of male playwrights are produced over female playwrights. While the numbers vary by region, Broadway is a known offender, with an outstanding low producing fewer than one in eight shows of a season with plays by women. While this argument has been going on visibly for more than a decade thanks to a report released by the New York State Council on the Arts in 2002, there are a lot of theater professionals still left on the sidelines: transgender artists.

In 2013, an L.A.-based group of playwrights and producers called The Kilroys formed with the mission to create positive solutions to the on-going issue of gender-inclusivity on American stages. This June, The Kilroys circulated a list of their 46 most recommended new female-authored plays to combat gender disparity in American professional theater. When I took a look at "The List" and started to scroll through for names I recognized, I spotted a friend who does not self-identify as a woman (which is implied to be an eligibility requirement). I immediately tried to find information that might explain why an out transgender person who does not identify as a woman and whose work clearly reflects this fact would still be considered a woman under the terms of the nominations.

A note at the bottom of the "about" page states that although The Kilroys recognize the complexities of gender identity and the shortcomings of binary descriptors, they use the term "female" as shorthand for the broad spectrum of female and genderqueer identity. While a notable attempt at trans inclusion, using "female" to denote women and genderqueers makes some worrying assumptions. Though the conflation suggests that The Kilroys included trans women as a non-separate group from other women (which is great), it could also suggest that they consider trans men still female (which is not great) and that they they consider genderqueer people to be female as well, which is not necessarily the case. Not all trans people identify as genderqueer; not all genderqueer people identify with feminine genders. Being assigned "female" at birth or otherwise externally labeled as such does not mean someone identifies with a "female" label or group. Aiming to combat cis male dominance by combining "female" and "genderqueer" means also incorporating not only non-female gender-neutral people, but also some masculine-of-center people and trans men, which rather negates the purpose of a list of female playwrights. The Kilroys made the choice to include a specifically non-binary term, but they do not comment on how other trans people (non-genderqueer-identified) are or are not included. As it stands, all assigned-female-at-birth playwrights are loop-holed in through an unclear, but exerted effort at creating space for trans masculine playwrights by allowing genderqueerness, with the vague suggestion that trans women are already there. 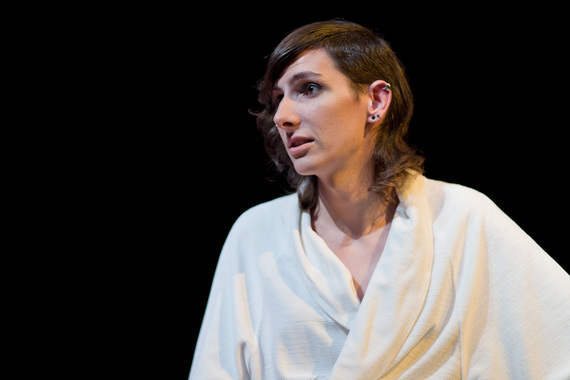 The unwelcoming nature of American theater to trans people might factor into why women's theater companies sometimes produce plays by trans men. The Kilroys included trans masculine writers on The List, but also stated they are working against the numbers of male-identified authors; this leads me to wonder who is being considered "male-identified" and who is not. Including trans masculine people on a list of pointedly-not-male-identified people delegitimizes trans male identities. On the flip side, what does it mean for trans women? I keep coming back to the question "are there any on The Kilroys' List?" because there is so much history of "women's" organizations being more open to trans men than trans women.

Another list felt necessary -- a list that not only clearly identified transgender inclusion in the conversation, but shifted the focus to transgender playwrights, with the same intention as The Kilroys: to show we exist. But is mimicking a problematic format helpful? Much of the criticism that The Kilroys received regarded the exclusivity of making a list at all. However, I decided that because there is so little of it, visibility trumps exclusivity, as even in the example of The Kilroys, trans playwrights go unrecognized. We have to start somewhere, so I created a companion guide that, along with The Kilroys, could be an important resource for theater leaders in season planning, bringing American theater one step closer to reducing the approximate 80% of professional productions by male authors.

I hope my "lisT" (capital T for trans -- the often silenced letter of LGBT), The Killjoys, also helps move us closer to gender-inclusivity with a primary aim of visiblizing playwrights who publicly identify as trans and allies. The Killjoys LisT nominee Nick Hadikwa Mwaluko told me:

"An all-inclusive [trans and allies] list is an amazing thing because it is all inclusive which, frankly, is what trans identity should speak to. [...]To be relevant we need to embrace some sort of mechanism that really, truly transcends the years of [exclusion] and woundedness that comes from being invisible for being oneself." 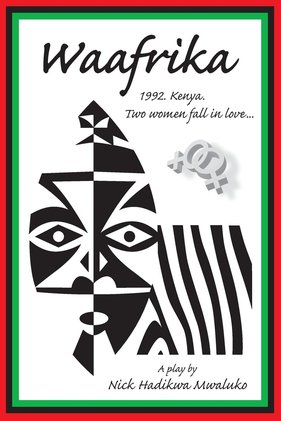 My lisT, The Killjoys, is a reaction. It's a reaction to The Kilroys, but also to the system of perpetual sexism, cissexism, heterosexism, transphobia, racism, homophobia, classism, ableism, sizeism and ageism that are all at home on American professional stages. The Killjoys lisT sheds some light on one of many underrepresented voices for which there is a plethora of plays ready to be produced. Where the Kilroys List focuses on women, the Killjoys lisT zeroes in on playwrights who publicly identify as trans and allies. Of course, I hope trans women made it to The Kilroys, equal to any other women playwrights, but even if they did, they have a place with The Killjoys as well.

The Kilroys state that they want to encourage people to turn any feelings of exclusion from their list into action that will add to the conversation. I adopt this same encouragement with my lisT. Trans people, I encourage you to write plays so that the lisT can keep expanding. Also, audition for things! The more of us they see, the less they'll think of us as a fringe-y sub-genre. Among my community, our conversations regarding producing, and especially casting, mirror in many ways the issues The Kilroys emphasize. To quote Joy Meads of The Kilroys, our conversation too "has been stuck in this loop of 'oh, the plays aren't there,' which they are." And echoing Annah Feinberg also of The Kilroys, "yes, they're right here."

For a quick reference on transgender language: Gendercast

Do you find yourself wondering, 'what is a killjoy?