Zack Knight has just come off the stage in New Orleans. The British singer-songwriter has been touring around the United States for the last few weeks alongside Pakistani pop star Asim Azhar and American Punjabi newcomer Amar Sandhu. This is a far cry from his original plans. After studying and graduating with a degree in Economics, Knight took a risk. He decided to hold-off the white collar workforce and pursue his passion with a career in music.

As a songwriter, he has written for artists like Tinie Tempah and Ginuwine His first single "All Over Again" received positive buzz both from regional and national media in the UK (Besides writing/performing, Knight also produces, composes and engineers his own music). His second single "Who I Am" was picked as one of the iTunes "New and Newsworthy" for that month. He performed at the O2 Arena, and has also worked with artists' like rapper Lil Twist, Mishon, IYAZ, Karis Anderson and Stylo G. He also performed alongside Taio Cruz, Mario and Jessie J.

Knight's sound/style is pop and R&B (not traditional pop). According to Knight, he would describe his music style as "R&B infused with a crossover sound." Some of his musical influences are Usher, Boyz II Men, and Michael Jackson.

Knight has released music steadily for the last few years, which includes his recent album Poison of My Sleep released in March of this year. Lately he collaborated with London R&B artist Shad Star on the track, "Makin Em Mad." The two crossed paths because they have mutual producers in America. "This song came about when I sent the initial idea to Shad for his current project." Knight says. "We then started writing the song together right away and suggested singing on it together." After finishing the song they got producer Sdot to rework the track to give it the authentic American R&B sound. 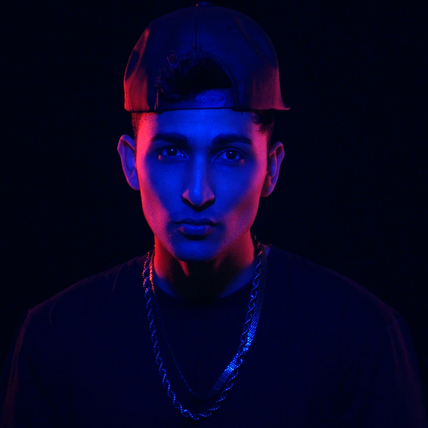 I first came across Zack Knight when he participated in a cover contest for the singer JRAND. The cover was good and after looking I found he had done a few others. In fact, his song covers are pretty popular garnering a few million views and growing. His latest cover of the song "Rude" by Magic! with Kirk Norcross (of The Only Way of Essex fame) has done well and the duo is considering collaborating in the future.

Zack Knight is far from the only person who has taken a risk by pursuing his dream in the unpredictable entertainment world. Still, in the interesting economic time we live in, less may be willing to take the risk completely. His current success (the U.S. tour, upcoming music projects etc.) was not overnight. However he continued to push and I would say it is beginning to pay off. After messaging back-and-forth with Zack, he is having a blast on tour and is eager for lies ahead. He is also happy and humble with the reaction he is getting while on tour. He is far from "Makin Em Mad," which for Knight makes his initial risk worth it.

You can visit Zack Knight's website here to learn more about him and hear his music.