Back in 1948, in the early days of cardiovascular research, a fascinating new project began featuring 5,209 residents of Framingham, Massachusetts.

These men and women -- as young as 30, as old as 62 -- had never had a heart attack or stroke, and none had overt symptoms of cardiovascular disease. In other words, they formed a nice-sized pool of healthy people from both sexes across a variety of ages. They all underwent physical exams and interviews about their lifestyle, which doctors followed up every two years.

As time went on, some people remained healthy and some didn't, with some of those who didn't falling victim to heart disease and stroke. Researchers constantly spooled through the data in hopes of discovering patterns that can explain the development of the conditions.

More than 60 years later, scientists are still sifting through the information of the Framingham Heart Study, with the database now featuring details from the original participants, some of their children and even their grandchildren. Along the way, an additional study group was added featuring 507 men and women from a variety of ethnic backgrounds.

In 2000, another, similar study began, only with an important twist: all 5,301 enrollees were African-American. The Jackson Heart Study is based in Jackson, Mississippi, the capital city of the state with the largest percentage of African-Americans in the country.

I've provided this lesson in medical history to set the stage for an exciting new development: the creation of another program that essentially sits atop these two landmark studies, bringing their work to a new level. The full name is the Cardiovascular Genome Phenome Study, but it may make more sense if you think of it by the acronym CVGPS. That shorthand is meant to convey the aim of this being a GPS that steers us to breakthroughs in cardiovascular research.

To explain more about the CVGPS program, I'm honored to turn this space over to Dr. Joseph Loscalzo, the chairman of the American Heart Association's Science Oversight Group for this collaboration. Dr. Loscalzo also is a Professor at Harvard Medical School, Chairman of the Department of Medicine and Physician-in-Chief at Brigham and Women's Hospital, and the Editor-in-Chief of the American Heart Association journal Circulation. 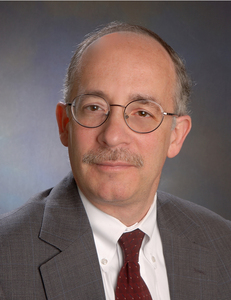 Quick, think of two people you know who are overweight. Any two, no matter how similar or different.

Now let's say we try getting them both in better shape. We'll make sure they follow the same healthy diet and the same workout regimen.

A month later, the results of this program will vary: one likely will benefit more than the other. After all, each of us is built completely differently, and what works for one doesn't necessarily work for the other.

Medical scientists are certainly trying to achieve this lofty goal. It's the premise of personalized medicine, a concept that's been talked about, studied and sought for many years. Advancements are bringing us closer every day. And, we believe, CVGPS will help.

Building off the phenomenal work done in the Framingham and Jackson heart studies, CVGPS can target smaller and smaller groups to figure out what works best for an individual person. This is especially important in clinical trials involving the matching of medicines and the best patients for it. The quicker we zero in on the best match, the more we can compress the process of getting it to patients (known as "bench to bedside"), and the more we can reduce the cost of drug development. The overall goal is to provide the right treatment for the right patient at the right time in the course of disease.

A great example is the heart-failure drug BiDil. It basically failed two clinical trials, which means it couldn't be proven to make enough of a difference in patients compared to other treatments or to placebo. However, it was only tested on Caucasians in these trials. A trial of strictly African-Americans showed such great success that it became the first heart-failure treatment approved by the Food and Drug Administration specifically for African-Americans.

Intervention is extremely important. Yet the real goal is to swim even further upstream and to figure out how to prevent people from needing a medicine in the first place. Once we know the root causes of the problem in very specific populations, then perhaps we can craft a diet and exercise regimen or a preventive drug therapy customized for a particular genotype-phenotype.

Let me clear up a few things, starting with those two unusual words. Genotype is a person's unique genetic identity, all the way down to the molecular sequence and composition of your genes within your cells; the phenotype is the a reflection of the physical or physiological consequences of your genotype, and how they manifest, such as the color of your eyes and hair, or your blood pressure or cholesterol level.

I also want to explain our relationship with the Framingham and Jackson Heart studies. Each is continuing to maintain their wonderful legacies. What we're doing is virtually connecting their data together, if you will, to create easier access and new opportunities to study these data in novel ways. And eventually we want to include other population studies to make sure that investigators have access to diverse and rich data from among the innovative approaches already being used.

What we're really trying to do is speed up progress. To use an analogy involving the speed of data delivery, we want to go from the days of the Pony Express to email.

Every time we speak about this program within the research community, the excitement of others affirms that we're on the right path. We also find this enthusiasm in the conversations and collaborations among the Framingham and Jackson researchers, who are working together in new ways. We also firmly believe that these developments can help the American Heart Association's work toward its goal of improving the cardiovascular health of all Americans by 20 percent while reducing deaths from cardiovascular diseases and stroke by 20 percent by the year 2020.

The AHA already has committed $30 million over five years to this program, and is hoping to do even more via donations from individuals and groups. The AHA is currently offering two funding mechanisms to researchers to pursue the goals of the CVGPS program:

The future is on the way. CVGPS will get us there even faster.