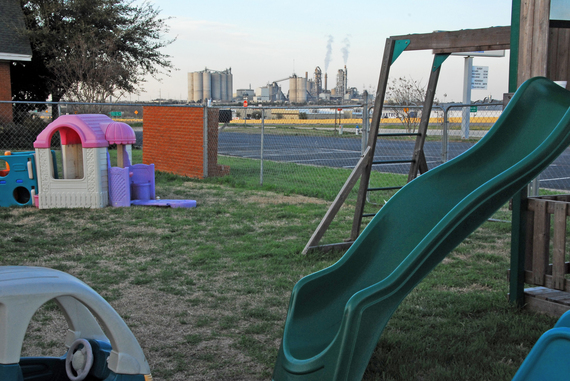 An industrial incinerator, as viewed from a church playground in Midlothian, Texas. (Photo courtesy of Samantha Bornhorst)

Joe Poole Lake is a popular destination for Dallas and Fort Worth residents looking for a weekend escape to the great outdoors. Lined with barbecue grills, hiking trails and sandy beaches, the 7,400-acre lake and its wooden welcome sign invite endless opportunities to relax and unwind. For Becky Bornhorst, a stay-at-home mom who never missed a PTA meeting, this lake was where she went to relax and create memories by sailing on a catamaran with her husband and two children and walking the family dog, a yellow lab named Nellie.

Six years ago, Becky was forced to find a new spot to make these memories after she became aware that levels of mercury, a potent neurotoxin, were increasing in the lake — an increase she blames on the industrial incinerators nearby.

Commercial/industrial waste-burning incinerators like the one near Joe Poole Lake burn waste produced from utilities and mining, oil and gas operations or from the manufacturing of wood and pulp products, chemicals and rubber. About 15,000 incinerators are scattered across our country.

Recognizing the threat these incinerators pose to public health, Congress directed the Environmental Protection Agency (EPA) to set strict limits on all waste-burning incinerators by 1994. Twenty years later, EPA has only set pollution limits for 106 of these dangerous facilities. The other 14,900 or so currently have a free pass to pollute. 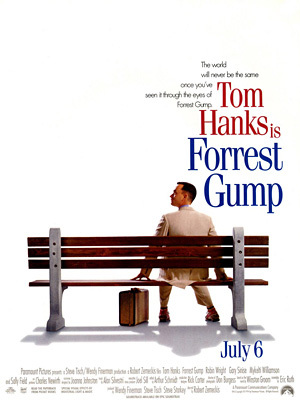 Life was like a box of chocolates in 1994, when Forrest Gump was #1 at the box office and EPA was supposed to have finalized these protection standards. (Image courtesy of IMP Awards)

Sue Pope is a 74-year old painter and widow who still has 40 head of cattle, a Charolais breed her mom and dad handpicked in France, and two Arabian horses she keeps on land in Midlothian, Texas, that has been in her family for over 100 years. Raising cattle and horses is a way of life for Sue — a way of life that began to be taken away from her when the birthing of stillborns and birth deformities began to increase in the '90s. By 1997, Sue was forced to give up breeding horses altogether.

Also in the '90s, Sue's husband began to develop extremely high levels of cadmium. Cadmium is one of the wide array of toxic pollutants, such as mercury, carbon monoxide, hydrochloric acid and lead, that are currently not regulated by the EPA for nearly all of these incinerators across America. After four bouts of prostate cancer, Sue's husband became bedridden. Because of his love of trees, Sue rented a hospital bed so he could see his favorite ones from the window in their living room. He eventually died in January 2011.

Last week, Earthjustice filed a legal challenge to the EPA rule that is supposed to protect people like Becky and Sue from these incinerators. The first major challenge charges that allowable pollution emissions are way too high. The Clean Air Act requires all incinerators to reduce their toxic pollution to the level the best incinerators are currently achieving. But EPA is ignoring that requirement and allowing the bad actors to emit up to 16 times more than responsible facilities. 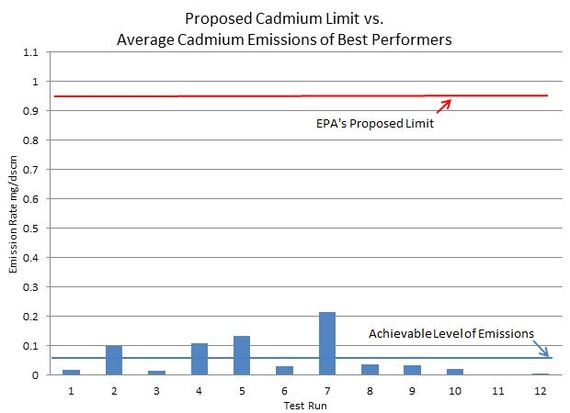 This example is one of many that shows how EPA's proposed limits fall far short of what is actually achievable.

Second, the vast majority of incinerators are completely exempted. The EPA has been given 20 years to draft sensible protections from these incinerators, yet the agency has only drafted standards for 106 of the approximately 15,000 facilities. This is simply not acceptable.

Environmental laws are enacted to protect public health, to provide clean air and water, to save endangered wildlife, and to protect our public lands for future generations. But these laws mean little if regulations based on them are not enforced or, in this case, are never created in the first place.

Becky and Sue have a fundamental right for the EPA to hold these polluters accountable. Perhaps, no words can better illustrate this point than the ones Sue used in Earthjustice's legal challenge: "Even though I feel the pollution from these incinerators harms my health, I will not leave. My memories of my deceased son and beloved husband of fifty-two years are here."

"I love this land, and have every right to be here."

We agree. The EPA should help Sue live on this land and give Becky back her cherished lake by strengthening the standards for these toxic incinerators.