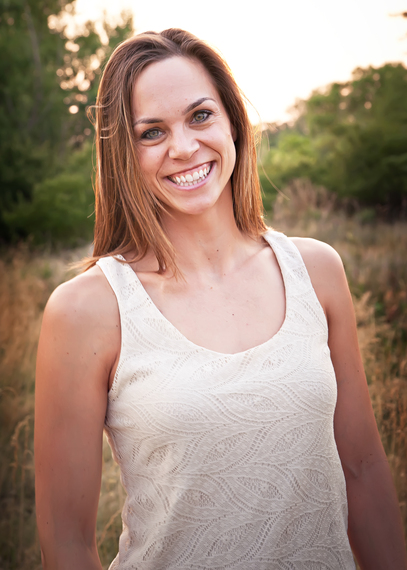 Her name was Kelly and she was 33 years old and she died of cervical cancer. The truth is, I would be sad any day that she died, but there is something about her leaving this world on a day where we are supposed to reduce stigma and dispel myths about cancer that truly makes this even more difficult -- especially when talking about cervical cancer and its link to the human papillomavirus.

I was first introduced to Kelly in December of 2011 via email through another cervical cancer advocate named Michelle. Kelly had just been diagnosed with cervical cancer and was meeting with her oncologist the next day to work out her treatment plan. Naturally, she reached out to fellow cervical cancer survivors for support. We all rallied around Kelly and supported her; the best we could, from our various parts of the country. Kelly and I mostly kept in touch via social media and I kept up with her journey through her blog, "One Big Exhale." I enjoyed her posts. She was so witty and full of hope, but what I most appreciated was her openness about the days where she felt more "blah" than "rah." She was honest. She was raw. She was real. Kelly was a girl, just living her life and cancer came in. It's true -- cancer doesn't discriminate. It just doesn't. You would think after all of the years of making warriors out of cancer patients that being diagnosed would not be so scary -- that with so much support, it would be easier. But it isn't. There is no training or preparation for those words "You have cancer." The first thing you think is that you are going to die and then once you pick up the broken pieces you fight like hell to live. You fight even when there are no positive outcomes guaranteed. As Kelly would say, "What else are you going to do?"

August 2012 in Boston I was able to finally meet Kelly in person at the 10-year anniversary concert for Pop Smear. She was everything I expected her to be and more. The first thing I noticed was her mega-watt smile. The kind of smile that could light up a dark room. The kind of smile that was so infectious that it would make you smile on your saddest day. That was Kelly Pozzoli.

That night after the concert I got to spend quality time with Kelly back at the hotel. We were both being interviewed for Someone You Love: The HPV Epidemic, the award-winning documentary about the link between cervical cancer and the HPV virus. I needed to do a quick update interview and Kelly sat on the bed watching and interjecting -- she was all passion. It was in those very late hours in that Boston hotel that I really got a chance to see Kelly. Not Kelly the girl with cancer but just Kelly and she made me love her. She was the type of girl you always wanted in your corner as a friend. She truly was the girl in her blog.

The last time I saw Kelly was a few hours later when we were both dropped off at the airport. I gave her a huge hug. I am sure it was too much for her frail body but I wanted and needed it. I never thought that would be the last time that I would see her. Never. Perhaps I am too much of an optimist. I thought Kelly would pull through. That she would make it. She would be the reason that people got "it" -- our message. But in a tragic totally unexpected way, she will -- just not in the way that I think we all had envisioned.

Over the next few months, Kelly was in and out of the hospital but her resilience and humor never waned.

Kelly's FB Status Update (September 25, 2013): Who's leaving the ICU and going back up to a "normal" hospital room?? This girl!!! (Cue marching band, confetti, and balloon drop)

Kelly was still fighting but also doing her best to put her life back in order and make a difference. She was the first guest on the Jeff Probst show and America fell in love with her. Viewers got a chance to see her living her life in the wake of numerous surgeries and a clinical trial. Kelly was a regular feature on the show and they loved her.

Most of my interactions with Kelly were via email or Facebook. I followed her cancer journey, prayed for her and knew that Kelly would join our merry band of Cervivors to advocate against a disease that we can now prevent. But she would not be joining us.

Kelly's FB Status Update (November 19, 2013): I had scans on Nov 8. They weren't clear. At this point there's nothing (treatment wise) that can be done.

Everyone rallied around Kelly and offered up support and prayers. Holistic treatments. Inspiring quotes, songs and videos. But true to her words, there was nothing that could be done and she died three months later.

Kelly is gone. It's been exactly one year. She is no longer suffering and her memory lives on through her family, friends and the film, Someone You Love: The HPV Epidemic. The film follows Kelly's cancer journey from diagnosis to her final moments. This film is an emotional rollercoaster with exceptional highs and lows. This film is Kelly's living legacy. Honor her by seeing it and sharing her message.