The Miami based troupe Rosie Herrera Dance Theatre is in the line-up this month of a vibrant season of international dance companies being presented at Dance Celebration at the Annenberg Center in Philadelphia. 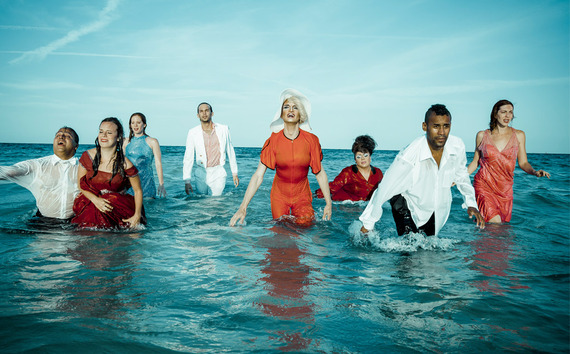 Rosie Herrera has emerged as one of the most theatrically innovative choreographers after huge successes at the American Dance Festival and presented in New York at the Baryshnikov Arts Center.

Trained in classical, modern and street idioms, Herrera began her training in theater where she discovered she could also sing. Aside from running her company and choreographing, she also performs in a chamber opera group and has had opera training. "I'm a light lyric coloratura, similar to a boy soprano," she said by phone from New York earlier this month, where she was dancing a preview of an upcoming work Association of Performing Arts Presenters APAP | NYC conference in New York

"I just love classical music and it actually has a lot to do with how I built my voice as a choreographer as well. It's given me a deeper understanding of composition, which helps in creating dance. They always feed each other."

"Dance, I think was where I was headed creatively , but my relationship with classical music is a continuing romance. I first started singing because I was working in theater I had such a high speaking voice; I started taking voice lessons to help with that and once I started studying classical music I fell in love with those genres. The superhuman qualities of it,"

Among her current projects, Herrera has been awarded a Princess Grace fellowship for a new work for the prestigious Ballet Hispanico. Meanwhile, Herrera was getting the company ready for the Dance Celebration performances. "I'm really honored to be among this roster of companies performing in Philly," she said. The company will be dancing her 2011 hit "Dining Alone" a dance-theater work full of comedy and pathos.

"For me and the company it is an exploration of cultural attitudes related to food. The inherent comedy and drama related to eating. It is inspired by my having grown up in my father's restaurant and getting to watch a lot of people eat. And observing their habits and behavior. I always had this strong empathetic reaction to watching people who dined alone, especially if they were older," Herrera said, adding her father was a baker as well, so it is an homage to his culinary art. "When my father came here from Cuba he was a waiter in all of these restaurants. The waiter characters in the piece wear his different outfits that he wore as a waiter."

Also on the Philly program is "Various Stages of Drowning : A Cabaret" which Kayt MacMaster of BroadwayWorld.com called "so innovative, searing and disturbing..." that it warranted "repeat viewings."

"This piece is based on dreams I had about water. I tried to create it with the surrealist, nonlinear energy of a dream. It represents the role of archetypes that emerge in dreams and what that reveals to us. about sexuality or changing. I gave it a theatrical structure of cabaret. As deep as the concept is, the music has a joyous esprit, a mix of Ray Charles, Etta James, Marilyn Monroe and "some obscure French composers." Herrera said.

"The same way that I love ballet, actually, because it is superhuman as well. I started with urban dance. I went to conservatoire for modern dance and I was performing with drag artists. When I formed the company, I asked many of my friends working in this independent genres and at the height of their various performance fields." 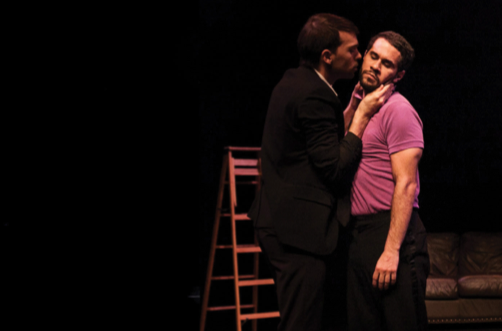 The choreographer said her dancers are from a variety of cultures and backgrounds, have mixed-discipline range and present distinct personalities on stage. "Rudi Goblen is a world famous MC, spoken word artist and break-dancer. Geraldin Pilatti (aka Geraldine)one of the coolest and most talented drag queens in theater. We have a Julliard ballerinas and modern dancers together. What the dancers have in common is that they are all risk takers and all incredibly kind. For me, that's the unifying factor and from that we build a dance language together. I'm so grateful to have dancers, artists with their bodies and voices, who are such amazing people."

Herrera credits her opportunities working with Miami's drag community as key to her artistic development. "I always was attracted to people who were fiercely different and weren't afraid of it."