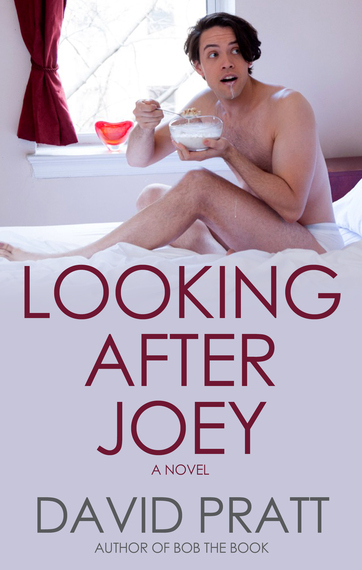 David Pratt, Lambda Award-winning novelist for Bob the Book, is back with a funny and touching new novel, Looking After Joey (Wilde City Press). In it, Calvin, a single accountant, must look after Joey, a porn character who unexpectedly steps through the TV into Calvin's life--and can't go back. Calvin's friend Peachy comes to the rescue, declaring that he and Calvin will teach Joey what he needs to know to be a gay man in this world--from Cher and Liza to how to cross the street without getting hit. But on a deeper level Joey's presence causes Calvin to reevaluate what he desires, and his yearning for connection propels everyone through the story, as they find themselves forming a family of choice.

As our work shares many themes, primarily those of love and family, I appreciated the time Pratt took to connect to discuss our definitions of family, particularly their meaning for us as gay men.

Edwards-Stout: Key to my enjoyment of the book was the role that family plays in it. Your lead character, Calvin, is on a quest to find a relationship, but ends up finding much more than that. It occurred to me, though, that while I know much about you as a writer, I don't know much about your personal life, aside from your relationship with your partner, Rogério. How did you meet him? 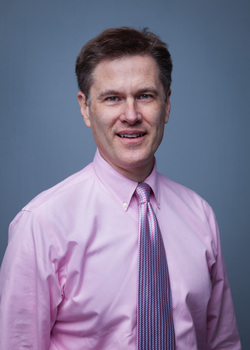 Pratt: We both volunteered for the Gay Men's Health Crisis in New York - me as a buddy, he as a translator of materials going to Brazil, where he is from. We attended a workshop together. We were talking up on the roof, and the door got locked!

Edwards-Stout: Does Rogério ever pop up in your work?

Pratt: Not in person, but the love and loyalty that I have experienced influences my work. Loyalty is so central! Rogério is all over Joey in that way, though Joey's not a romance. It's a comedy, a "ripping yarn" for grown-ups. I had huge fun writing it. Rogério's humor is all over it. I am curious, having read and enjoyed Songs for the New Depression so much, how did your current immediate family form?

Edwards-Stout: My journey to family life was completely circuitous. During the early 90s I was in a relationship with a man, Shane Sawick, who would go on to die of AIDS. That experience, being lover and caregiver, fully transformed me. In my next relationship, we made the decision to adopt, leading to the birth of my eldest, Mason. When Mason was a year and a half, however, that relationship took a dramatic turn and dissolved. Later, I met Russ and, after settling into family mode, we adopted our youngest, Marcus. As you might imagine, it's been one hell of a ride! (laughing)

Pratt: Does your family play either a direct or indirect role in your writing?

Edwards-Stout: While I've written pieces about my family, they haven't yet turned up in my fictional work. But my desires and love of family and companionship echo through everything I write.

Pratt: What about your family of origin? Have they shown up in your writing?

Edwards-Stout: Not directly. In fact, when writing Songs, I really tried to create the kind of mother for my lead that I wished I had... Warmer, more understanding. While currently my relationship with my parents is terrific--they're both wonderful grandparents--my being gay caused numerous issues along the path. It seems I'm always pushing and pulling to get them to be where I'd like... I'm working on a memoir, however, so my parents and sister will be central to that. Tell me about your family of origin.

Pratt: My father had already died when I came out. My mother was, shall we say, anxious but supportive. Members of my family have been hugely supportive of my books. One of my cousins, who is straight, not only read Bob when it came out but had favorite passages and questions for me. Another cousin, who once described herself as "a conservative old lady," wrote me about my story collection, My Movie, singling out the most perverse story as her favorite! My Movie may be my favorite of my books, because it's my virtual autobiography from about age eight to age 35. Lots of family-of-origin stuff there--childhood heartbreak, loneliness, dysfunctional relationships and sexual addiction. My current immediate family of two did not form till after I wrote most of those stories.

Edwards-Stout: With both of your novels, we don't learn much about where your lead characters come from--their families of origin--so that concept, "family of choice," seems primary to you.

Pratt: I feel my family of choice has been there for me much more. This is reflected in the novels. The books in Bob actually can't have families of origin; they were manufactured, their selves self-made, as is true of a lot of gay people. Joey is like that, in that he has no real past. I feel cut off from my past, from the time before coming out. I communicate with people "from before," but they did not know the real me then, and some may only want to know just so much of the real me now. On a positive note, many friends I haven't seen in years open their hearts and homes to me as I go around doing readings. This has greatly augmented my family of choice.

Edwards-Stout: So many of our dearest friends have become like family, but that process doesn't happen overnight, nor are such people easy to find. So you and Rogério--is your family now complete?

Pratt: Our immediate family is complete. But we do add to our family of choice. And Rogério's family is huge. Some are in the U.S. and some in Brazil, but I keep up with all of them on Facebook. Which is how I keep up with you, in fact!

Edwards-Stout: That Facebook connection helps expand our families of choice, doesn't it?

Pratt: Yes! People say social media debases the idea of "friends." But I have connected and reconnected with people who would have been lost or, like you, never found were it not for Facebook. Overall, a good thing for someone with a rich but complicated past!