Looking at Brett Novak's work, the most astonishing thing is the beauty of his cinematic gaze. His videos act both as a reflection of and a medium between capturing the experience of skateboarding and different places and their spatial potential. Throughout his artwork one can find a refined interplay between utopia and disutopia of atmospheric landscapes, opening a passage for visual and physical crossing. In brief, his art is what we need these days. 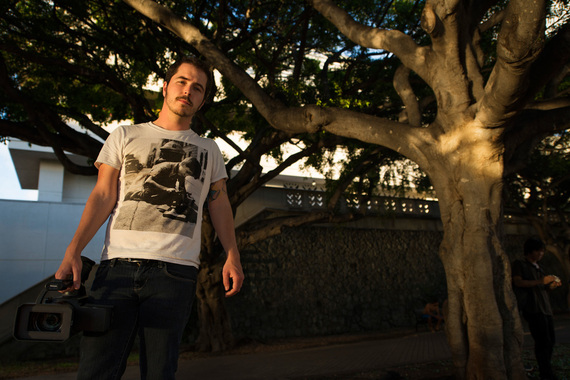 Joana Lazarova: You make skate videos, but yet they are enriched with an extraordinary imagination. Can you tell me about your approach as an artist?

Brett Novak: Personally I'd like to think that skateboarding has always been enriched with extraordinary imagination, an essential part of the new wave of street appreciation that grew out of the 1980's. I think the disconnect with people outside of the skate culture grows from the desensitization to just that. In today's mainstream I think we all, for the most part, are fairly accepting of the punk rock mentality that skateboarding was built upon. We grew up with it more so than any previous generations. People are so comfortable with it, though, that it only becomes repetitive and easy to become numb to. So the gritty nature of skating starts to lose any emotional reaction from a third party audience - even the distaste. My approach, for no initial reasoning, tends to tap into an emotional side previously (for the most part) unshown in skating.  The obsession, the struggle, the felt euphoria of landing a trick for the first time; these things have ALWAYS been a part of what it's like to be a skateboarder, it's just wasn't often translated well on film.

JL: And you are a skater yourself.

BN: That is correct. For the most part, if the shot is a moving one (and they often are), it's because I've got my board under my feet. I've been skating over half of my life, so as scary as carrying thousands of dollars worth of film equipment in your hands while blindly blasting backwards on a skateboard may sound - it only becomes second nature to any skate filmer. 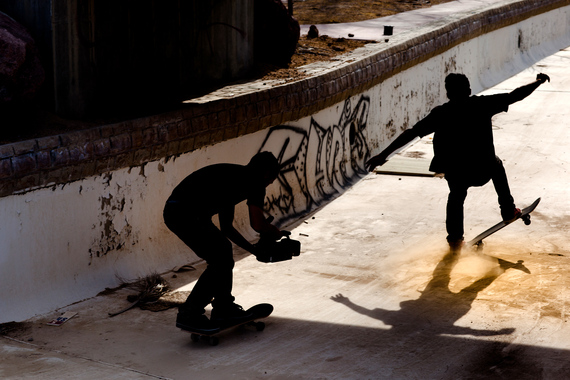 JL: How do you choose your filming locations? Can you talk us through a process of your work?

BN: Locations tend to grow out of a myriad of variables. Occasionally, dream places come about.  Places "I just want any excuse to film in". India, was one of these. Kilian Martin and I had just wrapped up a two week long shoot throughout the UK, were out grabbing Sushi in LA and had a "well.....what next?" moment. For whatever reason we ended up spending the next few hours scouring images of India and becoming obsessed.  It wouldn't be for another nearly two years before we were finally able to make that happen - but was well worth the wait.  Other times it's a matter of the regions the skaters themselves already live.
Throughout the history of skateboarding, videos have more often than not come out of Southern California. The weather is absolutely ideal, most major skate companies are based here and, not to mention, it's where it all started.  With all of this it's no surprise that most skate media has come out of here, but skateboarding as a whole is absolutely global. Every corner of the earth in the strangest places you would NEVER expect to find a board - SOMEONE has one. Given that the skaters I like to film tend to grow out of these more skate-culturally-secluded places, it only makes sense to document it just the same.  Skateboarding is shaped so heavily by your immediate environment, it only makes sense to me to make that environment a unique one.

JL: It is almost like a set design, the harmony between movement and surrounding is always comprehensive and elegantly chosen. What are the challenges in capturing on film something made for the instant?

BN: For me, it is that attention to the instantaneous that makes for compelling film.  The somehow related, yet nearly opposite approach as those who write, storyboard and plan everything out.  I have ideas, but the magic truly comes from being open to everything in the moment. The trick, the surrounding, the lighting, what kind of feeling do I get - strictly as a human - from this spot? Can I translate that? The challenges tend to be more technical, than anything.  Since you're at the mercy of the moment, and especially the location (we basically never have an area "reserved"), you run into normal day life. People walking in the background, a poster on the wall, garbage on the street, a plane going overhead. All totally out of your control when you're obsessed with capturing a particular thing. Maybe you want the "naturalness" of the interruption, but maybe you don't. Luckily for me, my overwhelming experience before truly getting behind the camera was being behind the computer. Learning all the ins' and outs' of post-production has allowed me to fix things I otherwise would be at the mercy of. Before focusing on my work, the bulk of my career in Los Angeles was working in Visual Effects for movies, commercials and music videos. This experience allowed me to pretty much tackle any problem I'd run into on my own shoots.

JL: One of the fundamental objectives of art is to communicate things, to find the essence of the beauty. In Internal Departure you and Kilian Martin create a brilliant performance at the exhibition Minimal Vandalism by Kay Walkowiak. Can you tell me more about the mix of these different disciplines?

BN: Kay, a brilliant and accomplished artist in his own right, approached me a few years ago with the project in mind. He had been interested in just that; an approach to not only 'performance art' in regards to it's relationship with architecture, but it's ultimate effect on it.  While Kilian and I had our own focus with the video, Kay was much more fascinated with the residuals of us putting his work physically through it. The chips, the scrapes, the permanent remnants of a trick tried over 350 times in a row only to have been landed once. A representational performance piece, if you will. I think as a skateboarder we tend to look at the "before" of physical space with intense admiration. "What could be done here? How perfect is this spot, right?  No one else knows about it. Do you think we could fix the crack at the run-up?". We tend to only be shunned by any evidence of our presence from any outsider.  Yelled at for grinding up a ledge, leaving marks on a bank, etc. Interestingly enough it took working with Kay, a non-skater, to make me appreciate the other side of it that much more. 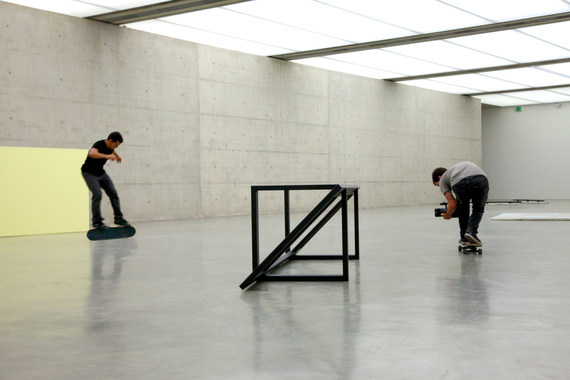 JL: Do you also have music influences?

BN: Music, quite honestly, probably has more influence on me than any other artistic medium. Most of my ideas tend to grow out of a headphoned skate through town, a lengthy plane ride with my phone or a night in at the house listening to records. My record collection varies from the Moody Blues to Tchaikovsky to Dead Kennedy's to The Beatles. All tend to spark a different thought process that often, quite accidentally, plants some strange idea or imagery into my head. I've most recently been on a classical kick after seeing Fantasia for the first time since I was a kid.

JL: Can you tell me about Altered Route?

BN: Altered was a big piece for us. We have videos with more views, but Altered seemed to connect with people on a different level than previous clips. I still get more personal emails about that one than most. Altered Route was also kind of the beginning of the narrative approach we would take in our next films. We filmed for two or three days straight, in the middle of the desert in a place we had never even seen pictures of. I would see it off the highway every time I drove to and from Vegas, but it's not a spot you can easily get to unless you've planned ahead of time. All I knew was that it was old, seemingly abandoned and once a water park. We didn't even know if getting into it was going to be possible until we literally parked, ready to shoot. We'd be there from sunrise to sunset, half dead every night from the day's blistering heat. After finally returning to LA and watching through the footage that week, I realized that we NEEDED to go back and get more. It would have been cool with what we had, but this spot was too incredible not to have the film fully represent that. We went back the following weekend and knocked out the rest of it with a new feeling of inspiration. By then I had also come up with the idea of incorporating the old commercials which became one of my favorite parts of the film.

BN: At the moment I'm most excited about the upcoming release of the newest Kilian video sometime early this year. We filmed the bulk of it at the end of last year and it turned out incredible. The edit is essentially done but plenty of cleanup work and semantics to be figured out before we can release. Aside from that I'm looking forward to knocking out some of the stranger, more abstract skate ideas I've had for years. Excited to get a little better, and a little bit weirder. Overall I'm just happy to be lucky enough to spend my time doing what I love.

See more of Brett Novak's work on his website.