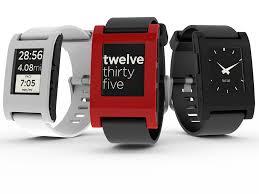 Eric Migicovsky's Pebble watch was turned away by multiple investors and venture capitalist. As a result, he took his product to the masses via crowdfunding. He now holds the Kickstarter record for the highest amount ever secured on the platform-- a cool 10.2 million.

Crowdfunding is venture capitalism 21st century style. It plays on today's networked more globalized reality of economics by allowing a person to reach out to many people for small percentages of the desired seed money to launch a business venture. While many are aware of the successes of crowdfunding, less people are aware of the far more common failed crowdfunding campaign. Crowdfunding is skill, and if taken too casually, will fail. Crowdfunding requires building word of mouth. It is also useful for testing the markets' interest in one's product. Lastly crowdfunding, almost never requires that one sacrifice legal ownership rights.

Building word of mouth is both an art and skill. It requires tapping into human interest and desire. At the same time, it requires the manipulation of technologies and services. There are several ways to provide the initial spark that will send your campaign blazing towards success. Releasing a press release through services such as PR Newswire can cost as little as 195 dollars to send the story of your product across the web to be picked up by online news outlets: Google, Yahoo!, Bing, and Ask.com. A press release serves as a calling card which people can easily find online to learn about your product before deciding to contribute. Having a calling card should always be the first step of a crowdfunding venture. The easier you are to access, the more interest you'll be able to build and the more funds you'll be able to raise.

The next stage of crowdfunding is building local press; become a celebrity in your own town. The word of mouth will naturally extend outward. Local news stations are always looking for human interest stories about local residents. Send them a fine tuned press release along with a sample of the product, you contact information and your availability schedule.

Crowdfunding is a very useful way to test product interest. It should be your primary or secondary goal in any crowdfunding campaign. Crowdfunding tests not only interest in a product, but peoples willingness to purchase a product. Many crowdfunding platforms actually allow you to offer samples and recompense for donated funds. Crowdfunding mimics the interconnected but dispersed realities of the marketplace. It serves as an ideal training ground from which to test the feasibility of your product launch.

Crowdfunding is unique in the business funding world, because it does not require the sale shares or future revenues. Crowdfunding is closer to mass soliciting for donations than it is investing. It provides the benefits of seed money, with much lower long-term consequences. However, the benefits long-term must also be weighed against the cost of samples often offered as part of a crowdfunding campaign. Make no mistake, crowdfunding done right is not a free venture, but many find the comparative cost to far outweigh all other options.