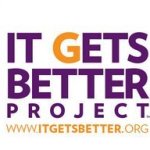 Justin Tindall is the International Program Coordinator for the It Gets Better Project. He has been working with youth since 2009, after earning degrees in International Studies and Global Health Promotion.

I am originally from Mesa, Arizona, a city that was once a small Mormon pioneer settlement. My ancestors were some of the first Mormon pioneers to settle in the region in the 1870s, a legacy of which my family is extremely proud. I caught on quickly that besides being too effeminate for society, I wasn't masculine enough for God, either. This insecurity caused me to be acutely aware of what others thought of me. The majority of my adolescent years were spent obsessing over validation from those around me.

Freshman year of high school was a nightmare. I couldn't walk through a hallway without my books being tossed to the floor, my body being shoved out of the way, or my face being slammed against a locker. Every day I woke up in fear and returned home in tears. The Mormon kids I went to church with, who talked about charity and love, turned away when I was targeted. I was part of a community that didn't value me enough to protect me.

I tried to focus on the lessons I was being taught at Church. I believed in God with all the strength I could muster and I prayed to him incessantly. We were told that God loves unconditionally and has the power to work miracles. As a gay Mormon kid, it sounded like the most beautiful promise: someone out there had the power to take out away my gay if I just prayed hard enough. So that's what I did.

By the time I left high school, I got so good at turning off and policing my feelings that no one questioned my gender expression or sexual orientation.

There was only one thing for a good Mormon boy like me to do after leaving high school--go on a mission! Give up two years of my life and God will make me straight? Where do I sign up?!

It wasn't easy to leave the only world I knew behind, regardless of how bad things ever were. I missed my family, my friends, my hobbies and interests, my personal goals and ambitions. But it wasn't the Church or the Gospel that made my mission worth it--it was Bolivia. I saw a sense of love and responsibility to family that I had never experienced before. I found people that loved and cared for each other without any expectations, and I yearned to find that for myself one day. Over 3,000 miles from home, I was witnessing true community in Bolivia.

As you can guess, I was still gay after completing a Mormon mission.

Later, I repeatedly returned to Latin America working for development projects and humanitarian efforts. In new place after new place I witnessed that people's struggles may differ, but the need for acceptance, understanding, and love is universal. With each story of courage I heard, I came closer to understanding how to live my own life with authenticity.

It was shortly after coming to this realization when I stumbled on an It Gets Better video. This video featured a group of students from Brigham Young University, my alma mater.

I was blown away. Young adults had lived my story and dealt with the same struggles growing up. While I was devastated that I had never found this community in my time as a student, I was thrilled that they had found each other. Somewhere between watching their video and crying my eyes out, I knew that I was coming out. I knew I could no longer live the way I was living. I was shaking with glee and utter fear but I couldn't stop smiling.

While life is never perfect, I am happier now than I have ever been. I'm no longer alone. Life is better because I found a partner and community willing to see me through it all. I accept and love every piece of my identity... and I get to help young people seek the same!

Some people think that telling stories is just a Band-Aid - entirely surface and doing nothing for the struggle underneath. I completely disagree. Studies have shown that telling people, especially youth, how things have gotten better for you can actually help them deal successfully with the challenges they are bound to face.

While I had the final say in taking control of my life, I would have never gotten to where I am today without being motivated and moved by the stories of others just like me. All of our stories have some ugly patches, and the LGBT community has a long way to go in our struggles for equality, but kids need to know that things really do get better.