Cellist Gautier Capuçon returns to San Francisco Symphony for five performances of Sir Edward Elgar's Cello Concerto in E minor, Opus 85. Conducted by Charles Dutoit, the program will run from Wednesday, May 27 through Sunday, May 31 and will include Stravinsky's Jeu de cartes (The Card Game) and Mussorgsky's Pictures at an Exhibition, orchestrated by Maurice Ravel. 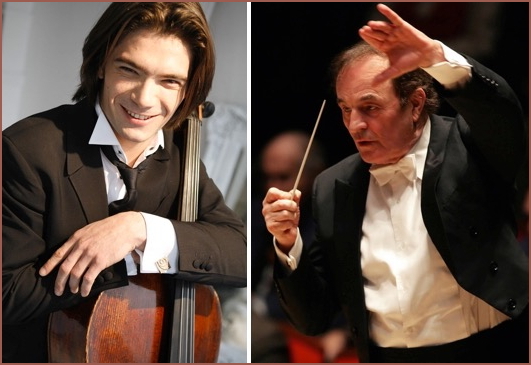 The Elgar concerto is one of the most beloved works in the classic cello repertoire. It is the last major work of the composer and one frequently described as contemplative, reflective and elegiac. Elgar was 62 when the work was premiered in October 1919 by the London Symphony Orchestra - which had been sorely under-rehearsed. But for the dedicated solo cellist, Felix Salmond, the debut proved to be less than satisfying. It would be many years before the piece took hold, Elgar did not live to see that happen. But prior to his passing in 1934, he was highly motivated toward the burgeoning record industry and became a stellar contributor to the Gramophone Company. In 1928, Elgar led the New Symphony Orchestra and cellist Beatrice Harrison in a recording of his concerto - available today on CD and MP3, coming to your wristwatch. The tone is not pensive and indulgent. With Elgar at the helm, the recording is praised for its exuberance and absence of sentimentality. "For me," said Gautier Capuçon, "this piece is full of passion." 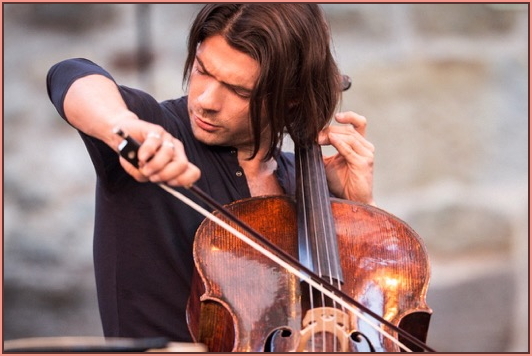 "That's why the Elgar cello concerto is one of his most famous works. Anyone talking about Elgar knows the cello concerto. Its passion and intensity are very well suited to the tone of a cello. I would talk more about passion than elegy - that's more the character. It is intense, it is lyrical, it is very deep. Also painful at times and, of course, there is nostalgia. But look at the second movement. It is not at all elegiac. The second movement is completely virtuoso. The pizzicatti - it's very, very fast. The bow is jumping on the string like a... [I suggested a bumblebee] - Exactly! Like a bumblebee. Actually, it's quite a spectacular movement to watch."

This is Gautier's fourth appearance with San Francisco Symphony. He debuted in 2009 with the Schumann concerto. During the rehearsal, he began feeling some pain and later that evening was on the operating table for an appendectomy. He was released the following day and played the final performance. He returned two years later to perform the Henri Dutilleux, Tout un Monde Lointain (A Whole Remote World) with Charles Dutoit and in 2013 did four performances of the Dvořák with conductor Juraj Valčuha.

This season, Capuçon has kept eighteen concertos in view. In many European concert houses, guest artists are booked for one night only. When his pianist friend Jean-Yves Thibaudet performed at Davies Hall earlier this month, we spoke about the amazing opportunity San Francisco Symphony offers by scheduling multiple performances. The gentlemen agree - it's total luxury.

"I will have five performances - which is incredible. I never see this anywhere else in the world! This is really incredible - to be in San Francisco for a week and have a chance to play five times with the same orchestra, the same team, in the same hall. You can really build something. In an orchestra's season, you might have one cellist. If you're very lucky, two. Generally there is only one cellist per orchestra season. Last week, I did the Cello Concerto No. 2 by Philip Glass for the first time. It's a fantastic piece, but every week, it's a different repertoire. If you had the Dvořák in, let's say the 2013-14 season, most are probably not going to repeat that piece for the next two seasons. If you multiply this by all the weeks I'm doing, then there is always one place that had that piece the season before or will have it next season. That is a big challenge. The thing is to find the right balance between changing repertoire and not having too much." 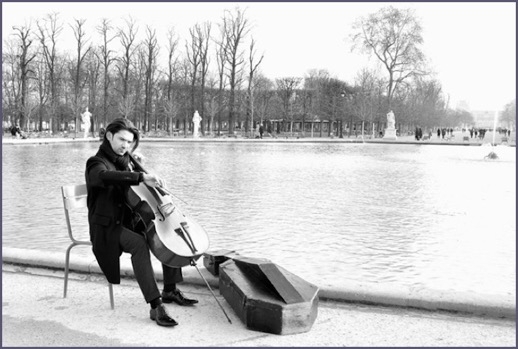 The Elgar concerto presents the cellist with a sweeping range of colors and textures upon which to build an interpretation, a narrative, even a character study of the composer himself. During this centenary of the First World War and with a wealth of films, documentaries, and television dramas, i.e., Downton Abbey, that depict the period - audiences have much to draw upon in appreciating the conditions, the background which had an impact upon Elgar's final work. For the cellist, the arc of the concerto's musical expression, technical virtuosity, and just the sheer physicality of it all is comparable to a great dramatic role.

"When I talk about the passion, it's how I personally feel this music. But passion does not mean it isn't painful. There is the whole story of the composer, the story of the piece, and there is your story - what you have experienced with it, how it is connected to your own life. We all have a personal story with every piece, because we have lived with it. Then there's the mood you're in during the concert and what you're sharing with the conductor and the orchestra. Also, the infinity of the music, the magic of the music - every night." 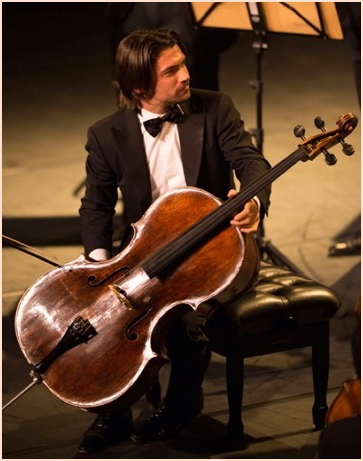 "We are going to play the Elgar five times and five times it's going to be different. You are not in the same mood. Your inspiration feeds something different. Your heart and your soul wants to read this story with different accents, with a different tone and maybe with a different expression. And it's still the same story. We are here to read this story, to share this story with the audience, to share the story of Edward Elgar - but still with our own soul and voice. I work every day to try to get closer to what I think the composer wanted to say. I believe the keys to that are sincerity and humility. If we really open our hearts, the audience will see everything. We cannot lie when we're onstage."