It caught me entirely off guard.

It's not like I've never said the words before. When I was a kid going to public school in the Main Line Suburbs of Philadelphia, we regularly said the Pledge of Allegiance in class at the start of the day. Hand over heart, eyes cast towards the American Flag, the words would fall from my lips as easy as breath.

Standing at the LGBT Center in Las Vegas, NV amidst a group of people celebrating the historic Supreme Court Decision the words caught in my throat and staggered out of my mouth.

That meant me. For the first time in my life, I stood as a truly recognized citizen in my own country. That's pretty monumental stuff. The enormity of this, however, paled in comparison to an even more tectonic shift earlier in the day - a colossal moment that arrived with the soft ping of an alert on my phone.

The picture in question was this: 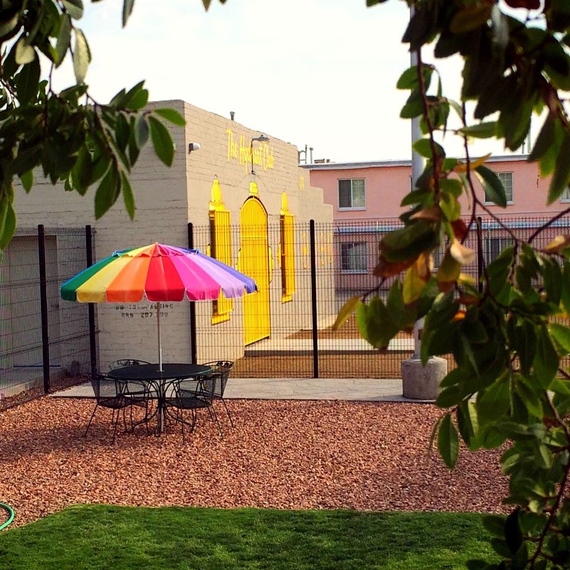 The person who liked it, @doebrooks, is my mother.

It's taken my mom quite a bit of time to get into social media. She's only recently adopted Twitter and Instagram (she still eschews Facebook). This is about as diametrically opposed to me as possible, considering I have been an early adopter of pretty much every social media platform since, well, since social media was born. In addition to that, until a few years ago I worked in the tech sector helping companies navigate corporate storytelling with a focus on their on-line presence. In other words, much of my life was part of a transparent, on-line existence.

With that it's probably a good thing that my mom was late to the party, because the fact that I'm gay wasn't exactly embraced with open arms.

From the moment I awoke and got a text from the Human Rights Campaign heralding the Supreme Court's 5-4 decision, every channel of communication vibrated with virtual cheers, huzzahs and the clarion call of celebration. Arriving at work, I opened up a rainbow umbrella over an outdoor picnic table, my not-so-subtle nod to the gay provenance of my business. Quickly snapping a picture and tossing it into the ether I set about starting the day.

And then the soft vibration from my pocket bringing my attention to the screen and the startling message.

This quiet acceptance of an image changed everything. Although my mother said she accepted me, after our "breakthough" discussion in 2009 the truth is, we just stopped talking about it.

On Friday morning, that changed. When I called her later in the day to chat it was merely moments into the conversation when it happened. For the first time, she was the one who opened the door to a conversation about a topic that until now she'd avoided at all costs.

There has never been a moment in my life when I haven't been blessed to know my family loves me. I have never doubted my parents and family were proud of the things I accomplished and the achievements I had gained in the world. The pride always felt distant because it was connected to external things rather than my self.

I shared this story with my friends, posting the photo to Facebook with a caption detailing what had happened with my mother. That's when my notifications erupted. At the writing of this, more than 223 people have "liked" the post and nearly 100 people have commented on it - in some cases sharing their own stories of family members who were catalyzed by the Supreme Court decision to break the ice and warm the hearts of family members who'd always felt just a little bit "other than" in their own families. Several friends passed on my experience to their own newsfeeds, remarking that the emotional impact of the day took on an entirely new dimension in seeing the healing that it was bringing to so many people.

Today my mother let me know she is proud of me. Not what I do. Not how I do it. But who I am, and that is quite possibly the greatest liberty of all. 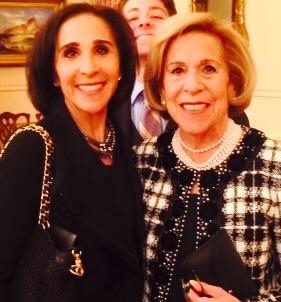 Me with Mom in Washington, DC in January 2015 (photobomb by my nephew Sam Brooks)