One of the main symptoms of Friedreich's ataxia (FA) is loss of proprioception or knowing where your arms and legs are in space without looking at them. This causes loss of balance and coordination -- which means the loss of the ability to run, walk, and generally move around. It's a helpless feeling when you need to ask someone else for help to merely make the trip to the bathroom. After I was diagnosed with FA it did not take long for me to realize what the future might hold. I knew I had to get out in front of this thing.

As I was searching the web I came across this guy living with MS who was circumnavigating the United States on his recumbent trike. I saw a photo of his trike and I thought to myself "I think I can do that." So I found a shop nearby that sold recumbent trikes and I went for a test-ride. As I was rolling around the parking lot I fell in love with the freedom that came with this new machine. Finally I was able to move under my own power and go where I wanted to go. I took the trike home that day and now I have traveled thousands of miles including two trips across the country (one is a subject of a documentary called "The Ataxian") because I can't get enough of that feeling of freedom -- it never wears off. 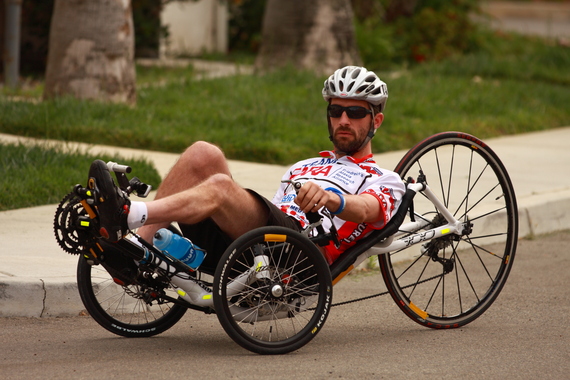 In 2009 I wanted to share that feeling with others who live with Ataxia so I raised some money and created the Ataxian Athlete Initiative (AAI). Applicants submit their story, equipment request, financial information, and letters of recommendation and our committee reviews all the applications and awards grants for equipment based on the merit of the application and the funds available. The AAI has helped fund the purchase of adaptive cycling equipment for 31 people living with Ataxia since 2009.

In 2013 we funded our first international equipment gifts, one of which went to a guy named Barry Rice in Ireland. As Barry began to experience the feeling of freedom on his new machine, he decided that he wanted to pay it forward to benefit others. So he created an event modeled after the weekend fundraiser that we have here in the United States, rideATAXIA. Barry's event is called Cycle Ataxia, and on June 20, 2015, I visited Ireland to experience the second annual Cycle Ataxia.

This was my first time to Ireland and my first time riding a trike outside the US! My parents have been with me on all my big adventures so I brought them with me for this one too. We received an incredibly warm welcome from everyone we met. 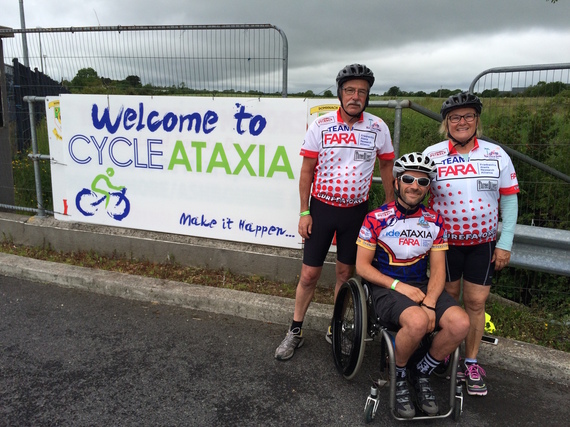 The event consisted of a choice between 13, 38, and 100 kilometer routes with well stocked rest stops and strong support at the few major crossings we had. Everyone must have had a great time last year because word of mouth spread as evidenced by the 500 participants over the three routes. 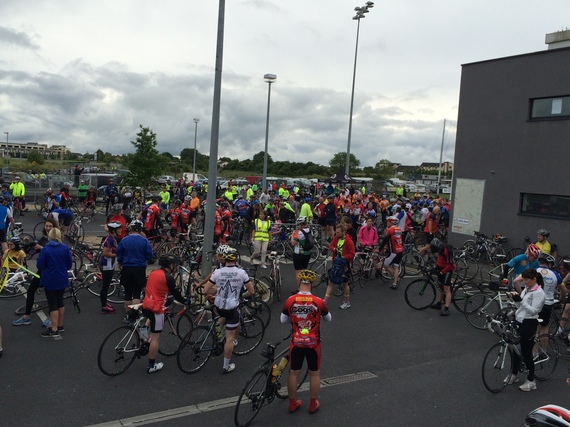 After a brief inspiring speech from Barry the group on the 100k route hit the road. My Dad and I rode the 38k route and after a threat of rain in the morning it turned out to be a beautiful day. We rode on narrow, low traffic farming roads past acres of potato and barley farms. We later learned that this is the barley that is used to make Guinness beer and Jameson whiskey. 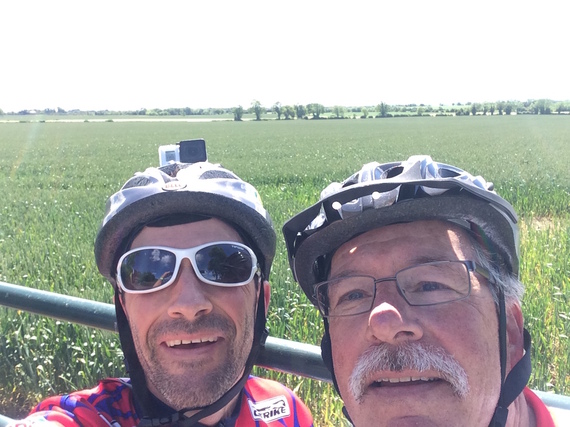 It was an uneasy feeling riding on the left side of the road. After one of the few right hand turns on the route, I started riding down the right side until I saw a car coming the other way about 300 yards (meters?) away. I almost started waving my hands to let this person know that they were going the wrong way until it occurred to me that I was at fault and I quickly shot over to the other side.

Events like Cycle Ataxia serve to unite the entire FA community from the patient and the family all the way up to the Pharmaceutical companies developing treatments for FA. One of the strongest teams at Cycle Ataxia was Horizon Pharma who is currently recruiting a clinical trial for FA in the U.S. 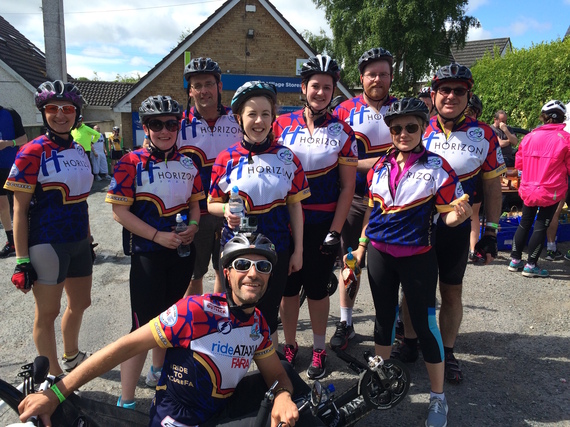 FA is a rare disease that affects 1 in 50,000 people which is about 5,000 in the U.S. and 15,000 worldwide. So, when I was first diagnosed, my family and I felt so alone -- like nobody else had ever heard of FA before. However it is difficult to feel lonely in a crowd of 500 people all cycling toward a common goal: a cure for FA.

This journey started with a feeling, and when acted upon, that feeling took on a life of its own and has now spread internationally. I am so proud of what Barry and his family have been able to do with Cycle Ataxia. 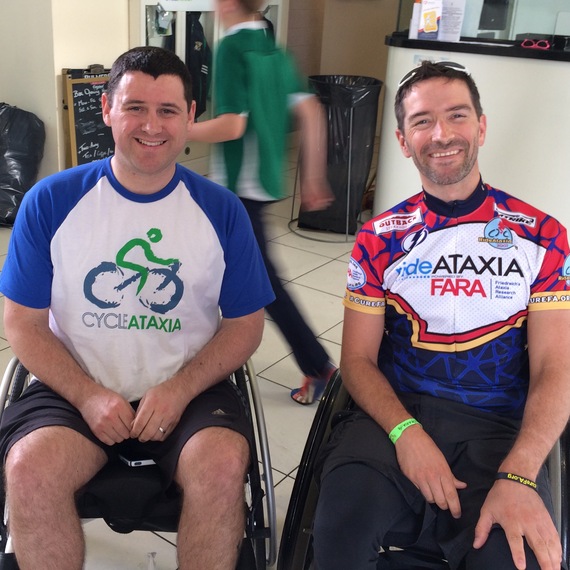