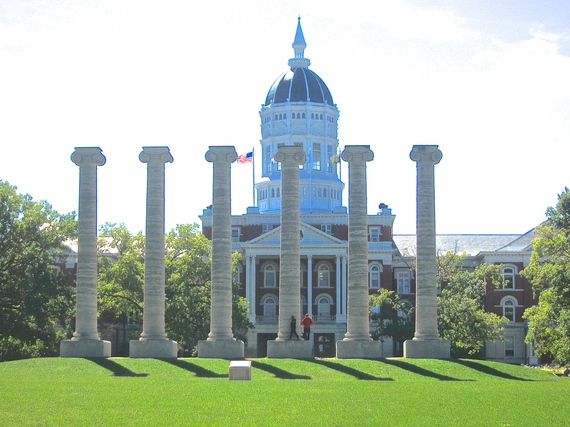 The Missouri School of Journalism, widely known as the first journalism school in the world, prides itself on the success of the Missouri Method, its concept of learning by experience.

The Missouri Method is a style of learning through real-world journalism exposure, intended to give Mizzou J-School grads an edge once they enter the professional community. According to the MU Journalism School's description of the Method, the various professional opportunities available to students long before graduation are what gives the premise its power and its growing value.

But is the hands-on practice during students' undergraduate careers really working? These students think so, and their experiences attest to the method's success.

A junior pursuing a career in entertainment law, Reger will be taking part in the J-School's newest interest area, the documentary journalism program. He chose the emphasis area "as an outlet to creatively express important stories in ways traditional journalism sometimes doesn't allow." During the past school year Reger worked as a production assistant at KOMU-TV, the NBC-affiliate prided by MU as a working lab for students to gain hands-on experience. He also worked as a Discovery Fellow and as an intern with Documentary Professor Robert Greene, where Reger worked "as an assistant editor on one of [Greene's] upcoming films." "The competition is always fierce, and the Missouri Method provides our first advantage," he says.

"You can't be a journalist until you actually go out and start being a journalist, so why not start as soon as possible?"

MU student Katie Pohlman was attracted to the J-School for its emphasis on real-world experience, in particular because of the opportunity for student involvement with the Columbia Missourian. "Practicing the skills and using them in the real-world ingrains it in my mind better [than] listening to how to take photos in a lecture class," she says. Pohlman has reported for the Missourian in the past and will continue through a course in advanced reporting. She has also been involved with the Maneatear, MU's student-run newspaper, for three years, spending a year as a section editor and a year as the editor-in-chief. Pohlman cites the Missouri Method as the difference between MU and other journalism schools. She says the environment is good for "semi-controlled learning experiences," yet they still allow students the creative freedom to experiment and make mistakes. Because of these opportunities, Pohlman believes the Missouri Method is succeeding.

"I think it's one thing to know the theory behind your career, but another to have experience in it. And that's what makes a good journalist - experience."

Recent MU grad Carson Cornelius says the Missouri Method gave him chances that he "could only dream of." Cornelius worked as the general manager of KCOU, MU's student-run radio station, and feels that the opportunity to "run a radio station and control all aspects of it" made him more prepared. However, he doesn't see the method as a no-fail system. 'For me, I had to go outside the journalism school to KCOU to get the sports broadcasting experience I wanted since the school didn't offer it in an official capacity.' says Cornelius. "But by being able to set up that program at KCOU and operate our first full football season was a huge learning experience too, so that was a positive." Whether or not students take part in hands-on learning opportunities offered directly through the J-School, he is proud of the work produced by MU's student media outlets.

"MUTV, KCOU, and the Maneater consistently create great content without j-school support, so it shows the drive that students have to succeed."

Jacob Jones chose the University of Missouri to pursue his goal of becoming a broadcast anchor/reporter, after he was fascinated by coverage of the 2012 presidential election. "A reporter sheds light where only darkness exists; uncovers wrongdoing and deceit. That's what attracted me to journalism originally - being the 'watchdog of democracy.'" He joined MUTV, MU's student-run television station, as a freshman, and continues to be involved with the station as the General Manager. Jones says MUTV helped him learn the "'ropes' of a newsroom," skills he found valuable once he began working for his classes at KOMU, MU's NBC-affiliate. He has already covered events ranging from the conflict in Ferguson, MO, to Hilary Clinton's campaign and Missouri's first same-sex marriage. Jones says his training from MUTV and KOMU has put him years ahead of other graduates, because he has already had extensive experience in the industry.

"Mizzou is truly unique because it can offer every journalism student that opportunity, starting day one."

The Missouri Method continues to produce skilled and prepared graduates in a wide variety of career areas. While every teaching method has its critics, the Show-Me state is showing everyone why its journalism students are some of the best in the world. 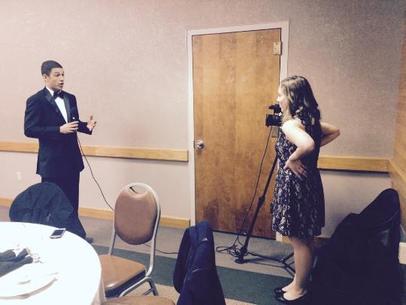 Even as a freshman I benefited from the Missouri Method, reporting on people from Senator Claire McCaskill and Laverne Cox to MU Chancellor Loftin and members of campus groups. In this photo, I am interviewing MU student Jordan McFarland about the Residence Hall Association election.