On June 25, 2015 the Supreme Court upheld President Obama's hotly debated Affordable Care Act in a 6-3 decision. For those following the debate intently, it is understood that the verdict now authorizes federal tax credits for eligible Americans living in states with their own exchanges and also those in the 34 states with federal marketplaces. For many people, "President Obama won" is a sufficient takeaway. Tying health law to a political line, however, understates the gravity of imminent reform at a critical juncture where we must all be invested without partisanship. 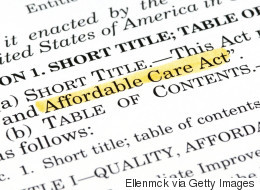 The chief complaint of consumers, providers, and third-party stakeholders in our system originated from the recent acknowledgement of spiraling costs. Historically, health insurance companies were born not to decouple the sacred doctor-patient relationship from the business of medicine but actually to combat massive inflation post-World War II. Since then, the industry today is shifting towards financial transparency and the "consumer experience." Patient satisfaction - not diagnoses made or lives saved - is becoming one of the most relevant outcomes. Outcome optimization and cost containment are desired end points, but the current strategy suffers from three fundamental roadblocks in achieving total satisfaction.

First, "informed consent" is lacking. In medical practice, informed consent is defined as permission granted by a patient acknowledging receipt of knowledge of possible risks and benefits. The medical marketplace is saturated with coverage by the media to the point that receiving and processing the relevant questions has become as complex as the system itself. In a recent paper from Clinical Orthopaedics and Related Research, Bal and Brenner highlighted informed consent as a driver of mutual discovery and shared decision-making. Why not apply the same principle to the policy of health reform? Given that every American is a potential patient, each individual has the right to understand, question, and contribute to the discussion now more than ever. The health care dilemma affects every American, and thus every American needs informed consent to reconcile any information disparities before legislation is solidified.

Second, no standard mechanism is in place for customer intelligence. Passage of the Affordable Care Act on a macroscopic level indicates the fundamental need for change. Both sides of the debate agree we are far from a finished product, and many more iterations are needed before stakeholders can smoothly operate and innovate within the system. The long-term benefit of the reform, contrary to popular belief, will be less the specifics of the current bill and more the general public's heightened awareness of the issues at hand. Before future policy iterations can occur, capitalizing on this awareness is critical in building a system set up for success. Given the new shift towards satisfaction as a primary outcome metric in the medical industry, we look to firms within the competitive business world for the answer to satisfying health care customers. The common denominator of these successful business models is an intimate understanding of the user experience by rigorous probing of the customer and his or her needs. In medicine, however, the current forum is not conducive to soliciting the day-to-day experiences of those interfacing with the system. It is important to note that the customer in health care includes the provider as well as the patient since the greatest strain arises from administrative factors (i.e. scheduling appointments, prescription changes, waiting time) extrinsic to the doctor-patient relationship. With further changes inevitable, now is the time to listen and adapt to user needs. 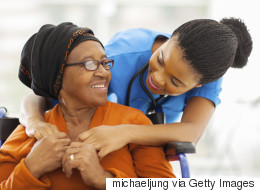 The final challenge preventing satisfaction is lexical. We have failed to define basic terminology. The corollary of this notion means we have failed to define our goals. No consensus exists on the definition of health. For some, health means being free from disease, but the World Health Organization contradicts this by defining it as the "state of complete physical, mental and social well-being and not merely the absence of disease or infirmity." The simple answer is that "everyone" - from doctor to patient to insurance firm - is responsible for patient wellness, but failure to define roles and jurisdiction causes confusing cross-talk. Even more difficult is defining value in health care. In the past, the answer was simply "spare no expense and provide the best possible care." Today the answer leans towards balancing cost and quality. A prognostic litmus test for which of these two considerations will win out in the future is how we decide to handle end of life care. Articulating these concepts will not be easy but are prerequisite for the American people to define as a well-informed, vocal unit.

Medicine has culturally shifted from a closed trade of the erudite and esoteric to a behemoth of an industry under intense scrutiny. The problem lies in the fact that today we judge its output like we would a business, except we never took the time to it set up like one. "Health care" is a colossal buzzword that stands for something broad and overwhelming, but it can also be made to stand for something manageable when applying a strategic approach centered on informed decisions, feedback from everyday consumers, and goal-oriented behavior. When combining this strategy with broad engagement, we have on our doorstep the opportunity to build into practice an architecture finally set up to meet our expectations from the health care industry.