I love your products; a patron of your services. I own a MacBook Pro, an iPhone, a former iPod owner and it's only right that I own an Apple Watch at some point in the future. Even my dad purchases iTunes cards at an alarming rate.

I'm biased towards every product you guys have released since I purchased my first: an iPod Nano when I was in middle school. Well, my parents did, but that isn't the point.

The point is that, while Apple is a wonderful company that keeps me on my heels and has made me a fiend for iOS updates and the newest hardware, one thing hasn't changed about the company for as long as I've bought your products: the chargers.

I'm not a big fan of generic chargers. You know, like the ones you can get dirt cheap for MacBooks. They contain less of the technology and hardware used in the brand-named ones. They are honestly worse than branded ones. What irks me the most about them is that they don't charge as fast, which is expected yet unwelcomed. I'm pretty sure Apple went a long way in trying to provide customers with high-quality and safer chargers than the competition. I don't have time for an electrical fire or damage to the device itself.

For those reasons alone I will gladly pay up for branded hardware.

The fact of the matter is that Apple chargers just are not meant to sustain the wear and tear that most of their users take them through. Nothing is perfect and electronics have an expiration date. Every company has their charger issues, you just cannot make me believe yours aren't the worst, Apple.

As a college student, I'm always stuffing my iPhone and MacBook charger in my book bag however I can; it saves time for a busy person. We bend them, snatch them out of wall sockets and we take full advantage of the flexibility of the charger's covering. That's just typical, inevitable, everyday use. Who seriously treats a charger as a delicacy? 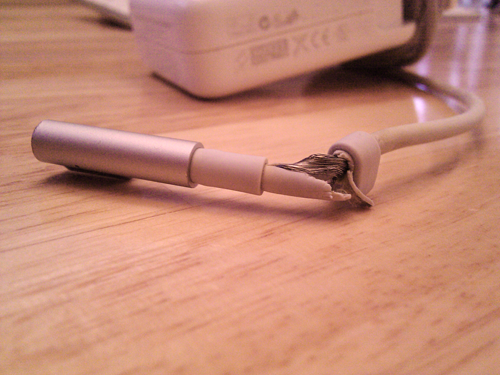 And while these chargers are much more flexible than the competition, the said covering is inherently weaker. We don't realize that every pull and every snatch decreases the charger's life expectancy while increasing the "turtleneck" form or fray -- as the wires are damaged inside of their thin jacket of protection. Apple, your chargers leave us little to no wiggle room for rough handling, for lack of a better phrase. 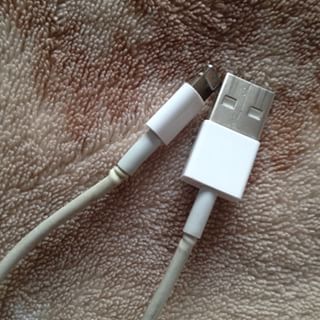 Without getting too "techy," I'm saying that I'm sick of having to pay for them more than I should, especially since their premium, high-grade products, supposedly.

But Apple, as everything does in fact come to an end, why is it that your chargers have to be one of the first in line?

MacBook chargers lead the way for the worst of the bunch. They are expensive to replace and they cannot be repaired nor recycled. I previously said that I am not a fan of generic chargers. Call me stupid. Don't see any reason to trust a generic one to last me. It's already hard enough depending on a brand-named one's longevity.

I get it, Apple sees it as a trade-off, I see it as BS. Apple may fully be aware that their products, like MacBooks and the iPhone are unique to the company and therefore issues with those products are much more important. They've basically allowed third-party sellers to cover this need. The average person that sees an iPhone charger for $10 or less on Amazon or EBay that looks the exact same as the brand-name will probably look to save themselves a couple of bucks.

I know, you're gonna read this and blame everything on me for how I admittedly mishandle your products and how I came to terms with the reality that all things must come to an end. However, a lot of people have balked at your "quality" products and I tell them "you're stupid". I guess that's just the bias both ways. Anyway, I defend Apple -- you guys make me spend more money. All I want for Christmas is some new, rugged, real-deal Holyfield charger that can withstand normal use or better. Preferably the latter.

Oh, and can you guys make parts like the MagSafe adapter (below), maybe, replaceable? 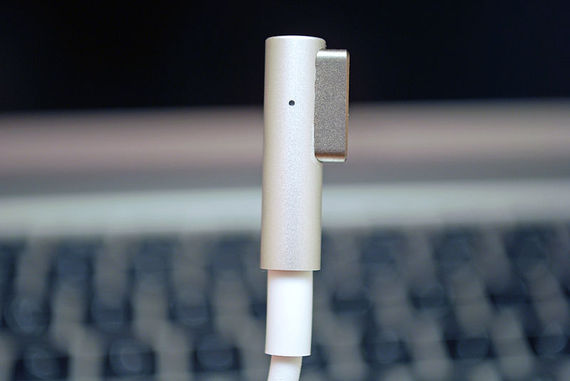 Sorry if I'm asking for too much.