Peter's wife came to see me to discuss help regarding ways to best care for him. Jane had gotten worn down by years of traveling down the path of Parkinson's with him. In the midst of her story, she casually referred to the latest in a series of setbacks. Peter had just been diagnosed with dementia by their family doctor. As I enquired about the specifics of how exactly this had come about, Jane recounted how the doc had asked Peter during their last visit about memory symptoms, and how based on Peter's positive answers, the doctor had decided on a dementia diagnosis. I urged Jane to seek a second opinion and take her husband to see a dementia specialist at the nearest memory clinic. It turned out Peter did not have dementia, only memory loss from normal aging. Such story is unfortunately not uncommon, and as a patient or concerned family member, you need to be your own advocate to make sure your doctor evaluates you accurately. 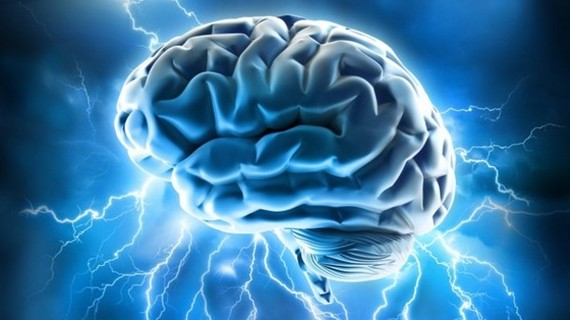 Here are three things to watch for as you discuss your brain health with your doctor:

1. Doctor rushes to diagnosis without enough evidence:
As in Peter's case, too often doctors do not take the time or do not have the sufficient training to appropriately assess for dementia. The most typical situation is that of a primary care doctor, the physician most likely to assess for cognitive symptoms, who makes a dementia diagnosis based on his patient's answers to a three-minute test, the Mini-Mental Status Exam. Imagine making such a life altering decision for the patient in just three minutes! In many cases, no interview of family members is made to further explore the evolution of the patient's symptoms over time, no brain scan is performed to see what is happening in the brain, and no further cognitive testing is done to better understand the extent and kind if any of the symptoms. I see this all the time with the patients and caregivers who come my way. If this happens to you or your loved one, insist on being referred to a dementia specialist, ideally a behavioral or geriatric neurologist. Many such specialists can be found in one of 30 Alzheimer's Disease Research Centers sponsored by the National Institute of Health.

2. Doctor dismisses your cognitive concerns as "just old age":
Just as, if not more frequently, doctors will dismiss cognitive concerns and it may take years before a patient or family member finally gets a formal diagnosis. Another caregiver shared with me, "I told my wife's doctor but he would not believe me. A year and a half later, he finally relented and agreed that something was wrong. He referred us to a neurologist. That was such a relief." According to the Alzheimer's Association and Alzheimer's Disease International, 50 percent of dementia cases are undiagnosed. Reasons to insist on a timely dementia diagnosis include the possibility of making plans for the future, getting treatment, making sense of symptoms, and connecting with other caregivers facing the same challenges. If you cannot convince your doctor, look for help from one of the Alzheimer's Disease Research Centers mentioned above.

3. Doctor has made dementia diagnosis but is not telling you:
One adult son recently told me the story of his dad learning about his Alzheimer's diagnosis during a routine eye exam with his ophthalmologist. The doctor had noticed the diagnosis in the patient's chart and thought the patient already knew, when in fact his primary care doctor had never told him. That too is an all too often occurrence. According to the Alzheimer's Association, only 33 percent of patients and 58 percent of family caregivers had been told about a dementia diagnosis by their doctor. Physicians reported feeling uncomfortable sharing for a number of reasons including being unsure about their diagnosis, not having the time to talk about the treatment options and support services, as well as education about the disease and what to expect, and fear of causing emotional distress. The lesson here is, any time your doctor asks you a question about your cognitive health or memory, check and see if a diagnosis is being made. Also let the doctor know if you want to be informed.

Discussing memory loss or any other cognitive concern with your doctor, is serious business with always the possibility of a dementia diagnosis, not far behind. Become your own advocate and go into the doctor's visit fully informed.