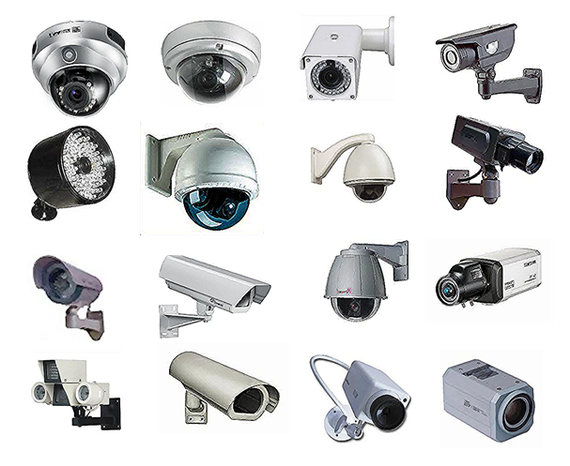 Sitting in a restaurant with a friend recently, I asked a simple question: How many cameras are in this place? He looked up and immediately pointed out several hemispherical domes in the ceiling, scattered around the restaurant. He identified the surveillance cameras and confidently guessed "about 10" -- but he had fallen right into my trap. What about the cell phone cameras, I asked? He frowned as we upped the count to likely north of 50, when considering the camera-phone-bearing customers and employees. At that moment, if a customer were to try to sneak off with a pastry, steal someone's wallet or go on an epic rant about the price of an extra scoop of guacamole, there were dozens of people at the ready to document it. Any misstep could turn into an online reputation issue within moments. And this is true not just at a Panera Bread in Florida but nearly every restaurant and retail store in the United States. Whether we like it or not, we are being watched.

200 Million Camera Phones
According to analysts, there will be more than 200 million camera phones in the United States by 2017. (The U.S. population is around 320 million, by the way.) We have about 50 million surveillance cameras in America, and that number is likely growing at a rapid clip as the prices for such devices fall, and they become easy to monitor with web-based technology.

Law enforcement agencies have widely adopted dashboard cameras on police cars, again as the technology has improved. And wearable cameras are likely next. A friend of mine who happens to be a federal law enforcement agent told me that many police officers initially objected to dashboard cameras, but over time, they have provided valuable evidence which has protected officers' lives and careers. Today, he said, many officers won't go on the street in a patrol car that doesn't have a fully functioning dash cam. Wearable cameras, he believes, will likely be treated similarly and begin to also proliferate. 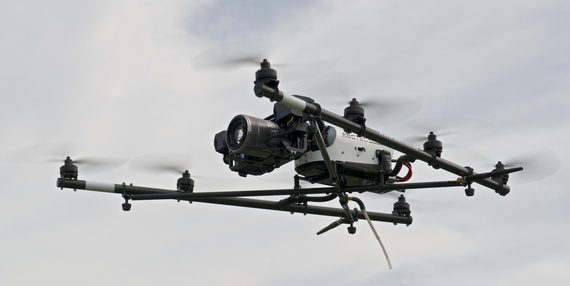 And What About Drones?
And what about drones? Unmanned aerial vehicles continue to grow in popularity among hobbyists and security professionals alike. The FAA expects that there will be 30,000 drones in the United States by 2020 -- and most carry cameras. One can purchase a toy drone equipped with a camera and capable of spying on your neighbors for well-under $100. My son had one which he used to take footage of our home from about 60 feet up before a healthy breeze and a bad sense of direction sent it into the wild blue yonder, never to be seen again. We didn't spy on the neighbors, but we could have.

Restaurants, retail stores, banks, government buildings and even your neighbors are equipped with cameras, so if you are walking your dog, depositing your paycheck or just grabbing a cup of coffee, there may be video evidence of it somewhere.

We Must Monitor the Operators
As many of have seen, camera phones capture fascinating still and moving pictures every day. In its advertising, Apple brags about the quality of its iPhone cameras, and Go Pro cameras document even the most harrowing situations in high definition brilliance. But it's not the technology we have to monitor but rather the operators. Because of this proliferation, people get photographed and filmed doing bad things: Underage kids drinking beer, of-age celebs taking bong hits, and stupid people doing what they do best.

Now, don't get me wrong, I'm not anti-technology or a privacy zealot. Widespread usage of these cameras also does tremendous good. Following the Boston Marathon bombing, federal officials were able to compile surveillance footage that showed Dzhokhar Tsarnaev dropping his homemade pressure cooker bomb among the crowd. Between the camera phone and surveillance footage, the entire bombing was catalogued with seemingly real-time accuracy. Camera proliferation helped capture and convict a murderous terrorist.

A number of cultural shifts have contributed to making it so much easier for us to be captured doing something illegal, stupid, silly or just embarrassing.

First, the tools have enabled us to become "citizen journalists" who can speedily upload an interesting photo or video to the web or send it to a bona fide media outlet. Many of us are guilty of paparazzi-like tendencies when we see a famous person. Friends of mine have posted images on Facebook of celebrities including Ashton Kutcher and Paul McCartney. I have to admit that if I saw a Beatle on the street, I would try to get a photo too.

Next, the technology makes it easy for the worst in us to come out. We can secretly photograph or videotape someone doing something silly or just having a bad day, like the person who loses it at the post office, cable provider office or Panera Bread (regarding the aforementioned guacamole.)

Beware "Viral Marketing"
Lastly, we are in the middle of the "viral marketing" era. Many would consider it a badge of honor for one of their photos, gifs, memes or videos to get shared by thousands of people. So we are seeking out and even manufacturing opportunities to grab our 15 minutes of fame -- even if it is at the expense of another human being.

Each day, it becomes more likely that a damaging photo or video can be posted online. Can your reputation withstand increased surveillance? I hope so.

Are you extra vigilant these days, knowing that your picture might be taken at any moment? Let me know.