In Michigan right now ballot Proposal 3 known as "25 x 25" would require our state to get 25% of its electricity from "renewable" sources by the year 2025. "25 x 25" is being sold as all about solar panels and wind mills. It's not. Far more than anyone suspects, it's going to ramp up the dirtiest form of energy of all: biomass burning. Incinerating trees in the name of "green energy." And it must be stopped if we care about climate change, clean air and thriving forests.

Yes that's right, in the name of saving the planet and renewable energy we are about to make things worse. For those unfamiliar with biomass burning, it releases more carbon dioxide and more harmful particulates than even coal. Logging for biomass can drastically reduce biodiversity and set back a forest's ability to sequester carbon dioxide for centuries. Most environmentalists oppose it. Or used to.

Michigan environmental groups promoting "25 x 25," whose goals such as stopping climate change I otherwise support, have insisted there will not be much biomass burning. Their campaign shows images of wind and solar exclusively. 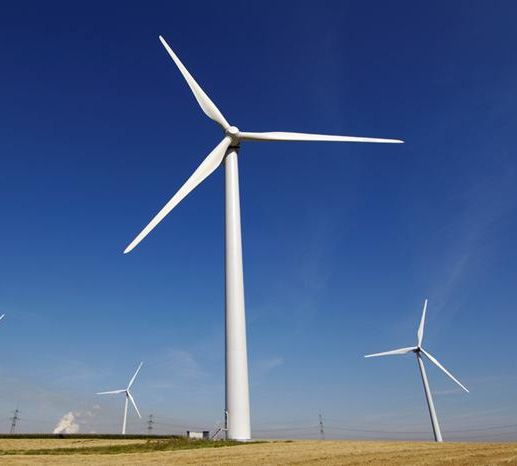 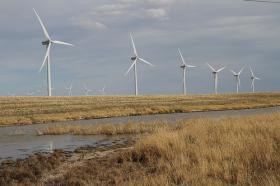 But this is what we are actually going to get. I call it a bio-massacre: 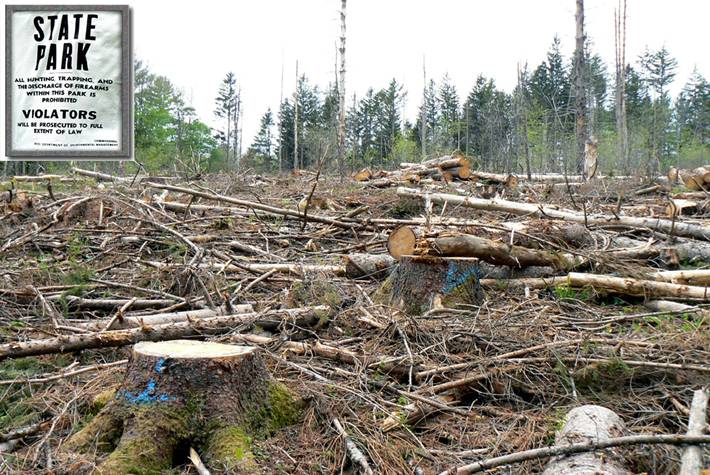 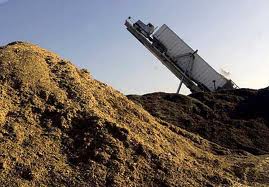 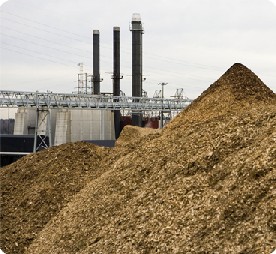 Don't believe it? It was hard for me grasp as well. Still, there was that little word "biomass" in the definition of renewable energy. So I decided to check for myself.

Here was my first stunner: the national "25 x 25" Steering Committee seems to be 100% agribusiness and logging interests. Ethanol and biomass. On their bios are found the words cattle, corn, biomass and forestry, not solar or wind.

The national "25 x 25" mission statement reflects this commitment to biofuels and biomass:

25x'25 Vision:
By 2025, America's farms, forests and ranches will provide 25 percent of the total energy consumed in the United States, while continuing to produce safe, abundant, and affordable food, feed and fiber.

And then the Michigan 25 x 25 Jobs and Energy Report was released. It was produced at Michigan State University, our state's agricultural college. It was written not by the solar and wind department, but by faculty from the Agricultural, Food and Resource Economics Department with a huge vested interest in biomass and biofuels. 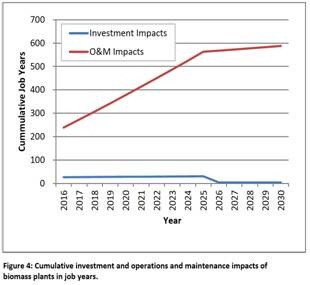 The authors of the report also aren't shy about describing the new opportunities for their friends:

... the impact to the agricultural and forestry sector is anticipated to be... significant. Accounting for direct and indirect impacts due to feed stock procurement, transportation, logistics, storage etc., it is expected that biomass generation under a 25% RPS will result in nearly 12,000 job years.

And just what is the aforementioned "feedstock procurement?" In large part, logging. Ah, the wonderful green jobs! Logging, trucking, installing air quality control equipment, using bulldozers to move around giant piles of wood chips lest they spontaneously combust like this fire at Biomass One in Oregon, or this entire biomass plant that exploded in flames.

So widely known (except to the public) is this new opportunity for "green energy" that "Biomass Magazine" has already alerted its readers. The magazine cautions though, that making "25 x 25" a constitutional amendment might be a mistake because it could draw "scrutiny and introduce more controversy than legislative action..." Yes that's right, it's easier to sell a bio-massacre beyond closed doors.

But there's more. The burning of woody biomass isn't all we're going to get. The chart below reveals a big helping of biogas as well as biomass. 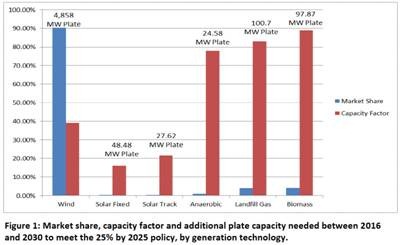 What are the other biogas and biomass sources besides trees and forests? Confined animal feed operations, landfill gases, burning garbage including old homes and tires, human and agricultural "waste." All have serious issues and depend on enormous fossil fuel intensive systems. But those are not my main concerns - it's the burning of the source of our clean air and clean water as "green energy" that is my nightmare. Only two great planetary systems are capable of soaking up the CO2, our forests and our oceans. It makes no sense to destroy either one of them.

But alas the bio-massacre isn't just in our future. It's the reality of "renewable energy" right now: 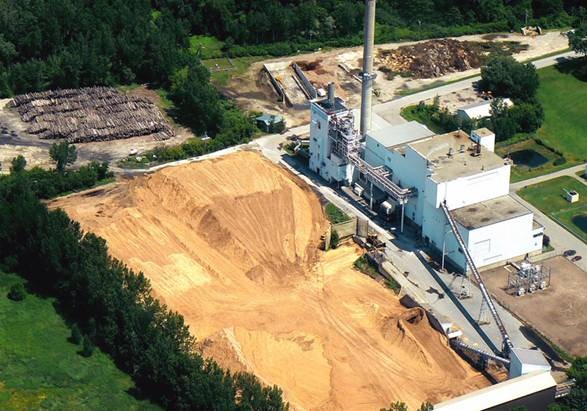 Burlington, Vermont biomass plant. Note whole trees looking like matchsticks in this photo prior to chipping.

--In Vermont, the biggest single contributor to climate change and air pollution is their "green energy" facility. An enormous biomass burner that only produces a fraction of the energy of a fossil fuel plant.

--There is at least 15 times more biomass burning RIGHT NOW in Michigan than solar and wind combined. Given this, is it ethical for "Michigan Energy, Michigan Jobs" to ONLY show solar and wind on its photo "tour" of Michigan renewable energy? Here is what they won't show you: 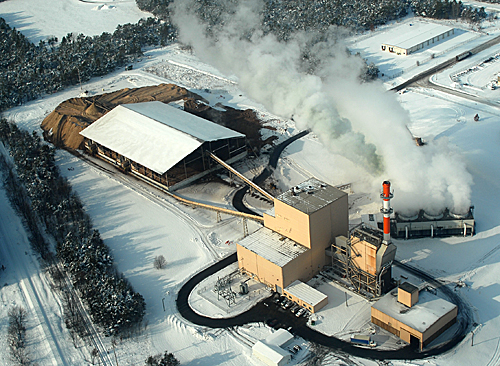 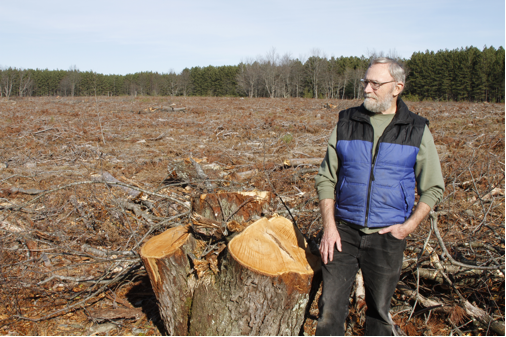 --Michigan State University, the source of the "25 x 25" report, has no wind and almost no solar yet has already obtained a permit to toss 24,000 tons of trees annually into their coal plant to meet their "renewable energy" goals, a feat which will actually increase the CO2 coming from the smokestack.

--In Holland, Michigan the Sierra Club has been fighting to stop a coal plant expansion. But Holland's "clean energy" plan is in large part biomass burning disguised as "combined heat and power." (The word "biomass" isn't mentioned until page 31 in the proposal. That's not an accident.)

So why are we getting so much burning in the name of green if wind and solar are such miracles? That's a story for another day. Suffice to say there are issues with solar and wind that cannot be wished away. One major problem is that right now wind supplies only about 0.3 percent of Michigan's electrical energy. To ramp that up to provide a significant share of our electricity would take tens of billions of dollars and 50 times more wind turbines than currently exist. Anyone think that's going to happen?

And so it all comes back to cutting and burning our forests for energy. They say we would never denude the land of trees, yet that is the most common way civilizations end. It doesn't happen in a day or a year, but blow by blow, cut by cut. We went though this once before. The trees are now smaller, stressed, and far less in extent. We won't survive doing it again. 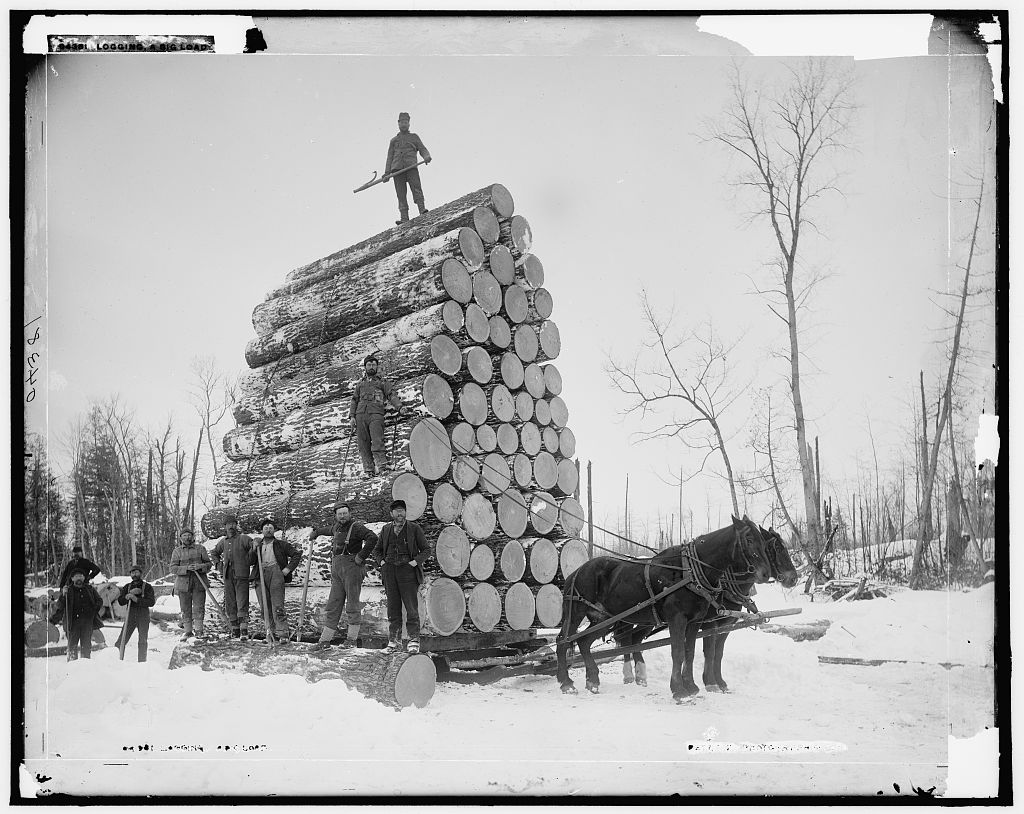 Michigan logging scenes from 120 years ago

It makes no sense to stop the tar sands, fight fracking, or end the horror of mountaintop removal to protect the living planet, if we then incinerate the living planet for energy. Let's get back to our "roots." Save the trees. Stand with them against any "renewable energy" scheme like "25 x 25" that calls incinerating trees and forests "green energy."

For more information about biomass burning go www.biofuelwatch.org.uk or to Partnership for Policy Integrity or this article I wrote.