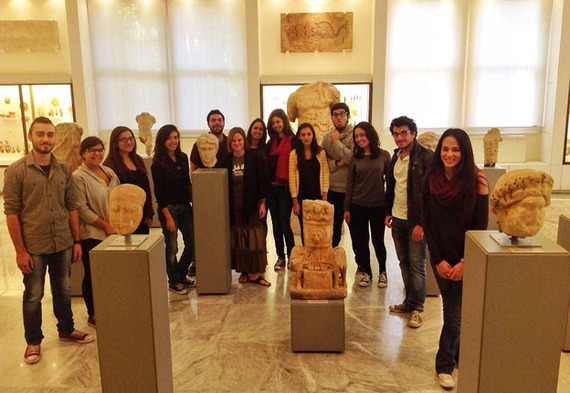 From Brown to Beirut, college students are asking the big questions. Here in Lebanon, my students and I have been exploring the wisdom of ancient philosophers like Plato and Aristotle to debate the nature of happiness, justice, and truth. Each week in my classroom in Beirut, Christian, Muslim, Druze and atheist students come together to contemplate how to live the "good life" as individuals and citizens.

Assuming that the "unexamined life is not worth living," my students have been busy examining their beliefs, biases, hopes, and fears. So I asked each student to write a bucket list, and consider how their behavior might change if they only had two months left to live. With deadly suicide bombings hitting Beirut this week, and Syrian rockets striking the north, death for my students is not something "abstract."

Here are a few thoughts collected from the bucket lists of my students in Beirut:

• I would first of all forget all the principles that I was taught in our too conservative society.

• I would most definitely throw my phone away.

• I would like to donate my healthy organs so that my death would give other people a chance to live.

• I would stop being fake.

• I would express my feelings towards the people around me from friends, neighbors and family members, because usually I don't do that a lot.

• My first stop would be Peru, where I would visit Machu Picchu.

• I wouldn't care or think about my weight, my workout, or becoming fat.

• I would travel to Berlin, Amsterdam, and Ibiza with my friends, and party night after night away.

• I would burn all my books and notebooks. Bye bye biology book. You will no longer make me feel like an idiot.

• I would spend a week with monks in a monastery in Mongolia, and learn how to meditate--and yes, I would shave my head.

• I would try to forgive the people who hurt me, and I would apologize to those whom I have hurt as well.

• I would do acid and smoke weed, and I would drink more Jamesons than my liver can handle and write about it.

• I would ask for my home to be given to a homeless person, and sell most of the things I own to help the Syrian refugees.

• I would eat a sloppy Joe.

• Considering the fact that I grew up in a politically-charged environment, I would try to prove and convince others that all the ruling systems in our era are pointless. But once again, I wouldn't waste a lot of my time on that since, even at 18 years of age, I have already lost hope in the general public's intelligence.

• I would go to Christ's empty tomb in Jerusalem, and pray with all my heart.

• I would fly to Switzerland, where I would taste every mix of chocolate ever made.

• I would go to a rodeo and ride a bull.

• I would spend a day thanking all the people who came to my life for a moment, a day, or a lifetime and made me who I am today.

• I would recite the Qur'an as many times as possible, and go to Mecca to perform Hajj.

• I would spend a night in nature naked under the stars with my soul open to the wild.

• I would toilet-paper my ex-boyfriend's house.

• I would want to know everything! I know it's not possible in a regular human lifespan, but what a shame it is to be human and to die without acquiring all human knowledge.

• I would participate in any kind of surgery (whether legal or illegal).

• I would write a memoir that would be published after I die.

• I would go scuba diving with sharks.

• I would confess for the first time in my entire life.

• I would probably rob a bank--to get money for my family and charity.

• I would watch the sunset and sunrise daily.

• I wouldn't let myself die without opening a center for children suffering from cancer.

• I would formulate a philosophy to be used as a meaningful way of living life by the generations that follow me.

• I would participate in a protest or sit-in.

• I would help out the old man on the street (not a beggar, a shoe polisher), the one I see every day wishing I would someday help him out.

• I would spend one month on some private beach in Hawaii getting drunk and laid.

• I would continue my studies to spend time with the new friends I have made and to learn without being stressed out about my grades and my future.

• I would get married in Vegas.

• I would spend a month in Ethiopia, and visit those still dying from leprosy.

• I would tell the girls who don't like to wear dresses and make-up that they are women no matter how people look at them.

• I would spend an entire day with Nelson Mandela.

• I would tell the friends that I made throughout school that they made high school suck a little less, and that I would've been suicidal if it weren't for them.

• I would lose my virginity to my boyfriend.

• I would write every single person I've ever cared about a letter telling them how much they meant to me.

• I would learn how to make sushi.

• I would publish a big album about Lebanon, containing pictures that I would take of myself in every single village and city--to show the world what Lebanon looks like in pictures.

• I would try different religions.

• I would listen to all of Cornel West's lectures.

• I would apologize to my dad for never really having a relationship with him, and express how hurtful it was that he never tried either.

• I would spend some time praying (it is my way of being thankful for what I have), and pray for God to protect my parents and let them live a long and happy life.

• I would tell all of my friends at the American University of Beirut that I could not have hoped for better, and that I love them--and I would thank them for the beautiful college life we have shared.

• After organ donation, I would want the rest of my body to be burnt to ashes that my family would use for the soil of a tree that they would plant and take care of in my loving (I hope) memory.

• I would organize my funeral as a celebration--there's no point in dwelling on death when one has lived fully.

• My final wish would be to have my body taken to be buried in Palestine, under an olive tree in Akka.

• I would dedicate my last week to spending time with my family and relatives, telling them how much I loved them and to take good care of each other--and not to forget to enjoy life while it lasts, since you never know when it could end.

• On the last day, I would lay on my bed in my cozy room with my parents and wait peacefully for the moment in which I close my eyes forever, trying not to cry because it is all over, but smile because all of this happened--because I lived 17 unforgettable years. 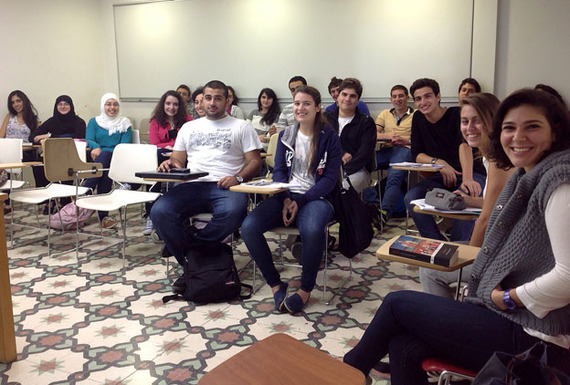