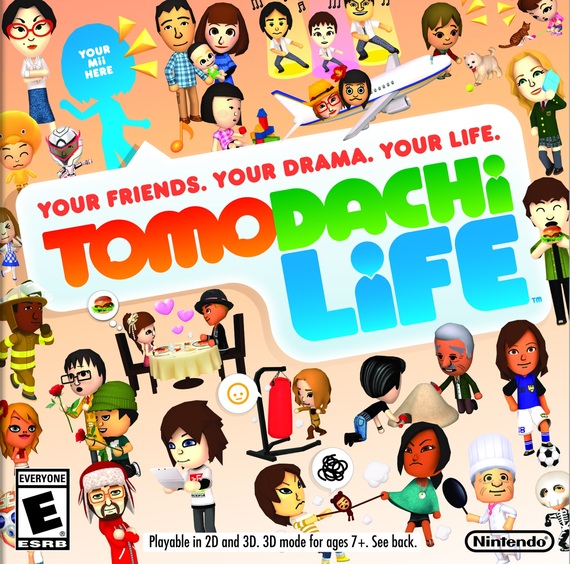 When I was a kid, the idea of seeing a gay couple on TV or even in a magazine ad was nothing more than a fantasy. Every book I read, every movie I saw served as a reminder that there was something "wrong" with me -- that I was different from everyone else, and most importantly, I was alone.

Tomodachi Life, a new offering for the handheld gaming system Nintendo 3DS, can be described as a Sims type game that allows you to create a character and build a community with other users.

You can think of Tomodachi life as an opportunity to live a crazy virtual life on an island with all the other Miis (the virtual characters) you meet. The game is focused primarily on the relationships you build -- you can have friends, rivals or even a spouse (so long as your Mii is heterosexual).

When the game was originally launched in Japan in April, 2013 under the title "Tomodachi Collection: New Life," there was an option for partnering of same-sex Miis, but according to Nintendo, that was a "bug" that was fixed and the game re-released. Additionally, according to a Nintendo representative, Japanese gamers would create opposite-gender pairings but dress their characters similarly making it seem like it was a same-sex pairing.

Either way, the game is hitting American shelves in just a few weeks on June 6th (ironically at the start of LGBT Pride Month) and gay gamers aren't having it. Nintendo 3DS user Tye Marini has started a new campaign to encourage Nintendo to update the game, allowing for Tye's Mii to partner with his real-life fiancé's Mii.

The #Miiquality movement as Tye is calling it is asking gamers and fans of the game to tweet to Nintendo with the hashtag #Miiquality and #TomodachiLife. He specifically asks for users not to boycott the game, but to encourage Nintendo to make changes to the game in updates to allow for characters to be more like their users -- even if those users happen to be gay. 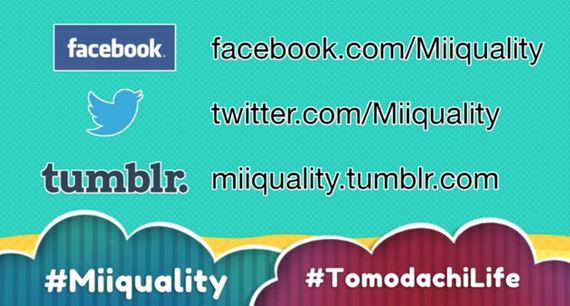 Another gaymer, Timothy Wright has launched a petition gathering steam, also asking Nintendo to recognize same-sex relationships in their game.

Nintendo issued a statement today in response to the attention they've been getting over the campaign.

Nintendo never intended to make any form of social commentary with the launch of Tomodachi Life. The relationship options in the game represent a playful alternate world rather than a real-life simulation. We hope that all of our fans will see that Tomodachi Life was intended to be a whimsical and quirky game, and that we were absolutely not trying to provide social commentary.

Needless to say, the statement which failed to address the fact that the game was discounting a significant portion of their fan's lives, was not received well.

When a kid who feels as alone as I felt as a kid picks up this game, it will only serve as another reminder that he's different and that there's something "wrong" with him.

The tag line for the game is "Your friends. Your drama. Your life." It should probably follow that up with "So long as you're heterosexual."