One of the perils of being an Indian writer is that your fundamental role in the world outside, even in the 21st century, always has at least an element of "explain your culture." As a writer of sci-fi and fantasy, especially one living in the Internet, it's always strange to simultaneously feel like a global citizen speaking an ever-changing present-day language, and some sort of exotic outsider.

I've never written an "about India" book -- the closest I've come is setting large parts of a superhero novel, Turbulence, in India -- but I did notice several British and American reviewers mentioning that reading it made them realize that people in India weren't too different from them. Which always makes me wonder what they thought we were like.

India is a strange land, and everyone's idea of India is stranger still. Strange lands lead to strange stories, and stranger creatures, especially when imagined by people outside it. Here are some of my favorite "India"' creatures from literature and pop culture: 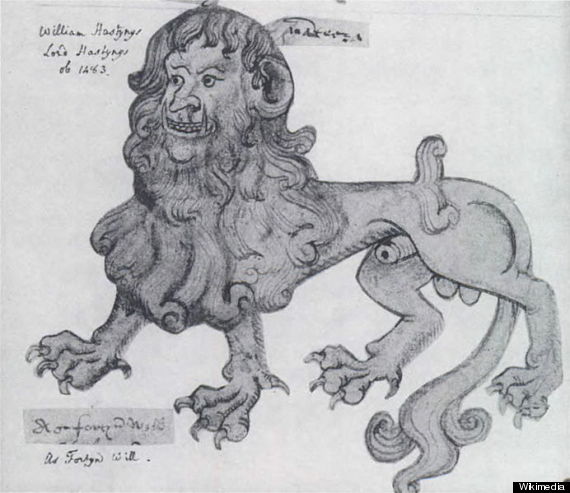 The first Indian-origin creature to really go global, thanks to the Persian court's Greek historian Ctesias's book Indica. In 77 AD, Pliny the Elder, not much of a fact-checker, put the manticore in his Naturalis Historia, and the manticore's appeared in literature ever since. Currently, of course, it owes its celeb status to the Game of Thrones TV show; Dornish dervish Oberyn Martell used manticore venom to really ruin Gregor Clegane's otherwise perfect day. So, manticores. Human head, three rows of teeth, lion's body, arrow-shooting serpent-head tail. We use them to shave our elephants and anchor news panel shows. 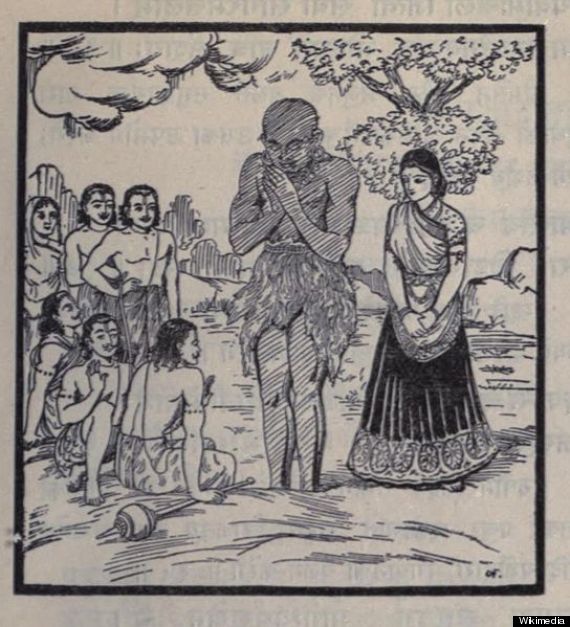 Hindu/Buddhist demons: they first appeared in the Rig Veda in many-many BC, and they're fierce, diverse and all-round awesome. Rakshases can shapeshift, take animal form, grow to giant size, and generally do anything the X-Men can, but with more fangs and less spandex. Top rakshas: Ravan, villain of the Ramayana, a ten-headed philosopher-warrior-inventor-lover-badass, but my personal favourite is Ghatotkach, whose name literally means pot-head, who played a brilliant cameo in the Mahabharat before dying, as rakshases tend to do, violently and pointlessly in battle. Rakshases turn up in all sorts of unusual places, such as Neil Gaiman's American Gods, where they appear as sidekicks to the goddess Kali, which is a bit like Buffy with a vampire entourage.

3. Hukho-mukho Hangla
Hukho-Mukho Hangla has, alas, never received the kind of global acclaim he has always richly deserved, but that is exactly how he'd have expected things to turn out. Depressed, lonely, and in a permanent state of procrastination, H-M H would have fitted so well into our Internet age. One of the characters in Bengali genius writer/poet/artist/satirist/playwright/hero Sukumar Ray's Abol Tabol (1923) a collection of nonsense that should be right up there with Carroll and Lear, this strange creature is more than an early-20th-century Grumpy Cat - he's the kind of character that's just ripe for a truly terrifying adult reinterpretation. Until then, he continues to sit, obscure, wondering how to swat a fly that sits perfectly between his two tails.

4. Hanuman (kaiju)
From Hanuman and the Ultra Brothers vs. Gomora

Hanuman, the Hindu vanar (super-ape) god, is worshipped in many countries in many forms. His deeds in the epics are, well, epic, and it's impossible to tell whether he inspired the Chinese monkey King Sun Wukong, King Kong, or the Planet of the Apes films (Indians will tell you he did, but we like to claim we invented everything). My favorite Hanuman incarnation, though, is from the Thai-Japanese kaiju movie Hanuman vs 7. Ultraman, where Hanuman is basically a kaiju. My own love for kaiju comes from the Japanese show Johnny Sokko and his Flying Robot, the best 80s thing ever.

5. The Yeti
Anyone from Nepal, Bhutan or Tibet reading this will justifiably call this yet another act of Indian regional oppression, but hey, we have the Himalayas too, and Yeti footprints have been found in Sikkim, which is us. Who knows what passport our mysterious mountain giant carries in his fur? The yeti's shown up in everything from Monsters Inc. to Legend of Zelda, and my first and most memorable encounter with the creature came from Belgium -- Herge's Tintin in Tibet.

Created in 1991 by Capcom for the Street Fight II arcade game, Dhalsim is probably the best-known Indian in videogames. A yoga master who goes to an international fighting tournament to win money for his village, Dhalsim is a pacifist -- and not very good at it. Dhalsim is emaciated, has stretchable limbs, pupil-less eyes and special moves like Yoga Inferno (the last word in Hot Yoga). and Yoga Catastrophe. I found him by chance while playing the game as a teenager, and was first astonished and delighted that there were Indians in videogames, and then annoyed that they were like this.

7. The Nagin
From Snake Fight in Nagina

Harry Potter fans will remember Voldemort's BFF Nagini, the snake whose glorious human-devouring career was brought to an abrupt end by the last of Longbottoms, but Nagini was really a very polite British version of our Nagins, and didn't even have a human form. Indian nagins are glamorous snake women, skin-shedding succubi who graduated from folklore to Indian film staple with slithery ease, but don't migrate well - Jennifer Lynch's attempt to make a Nagin film was such a disaster that she made another film about that.