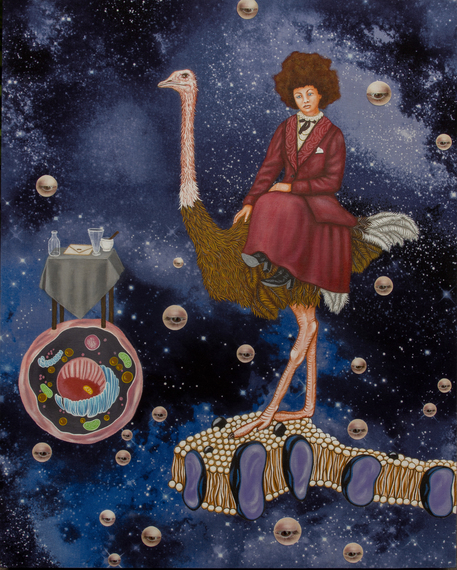 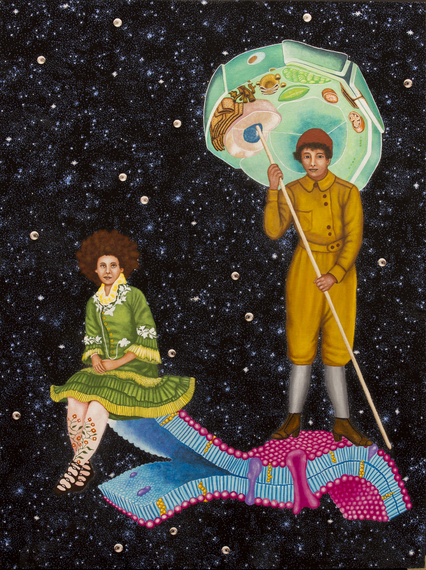 Not Born Under a Rhyming Planet, Lezley Saar, 2014

Lezley Saar's latest exhibition "Monad" features mixed-media paintings of melancholic Victorian ladies floating through space on cellular vehicles. Gottfried Leibniz defines a Monad as "an unextended, indivisible and indestructible entity that is the basic or ultimate constituent of the universe, and a microcosm of it."

The detailed, phantasmagorical paintings suggest an equilibrium upheaval.
Influenced by mysticism and metaphysics, specifically Madame Blavatsky's "Secret Doctrine" published in 1888, which espouses the belief that the microcosm and macrocosm are connected, Saar's surrealistic work imagines fictitious women of the time in this metaphysical universe. 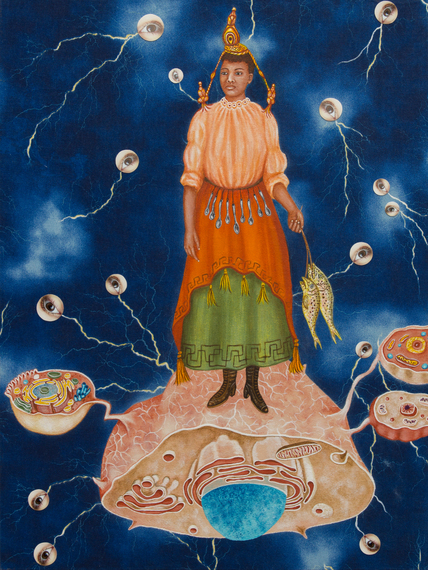 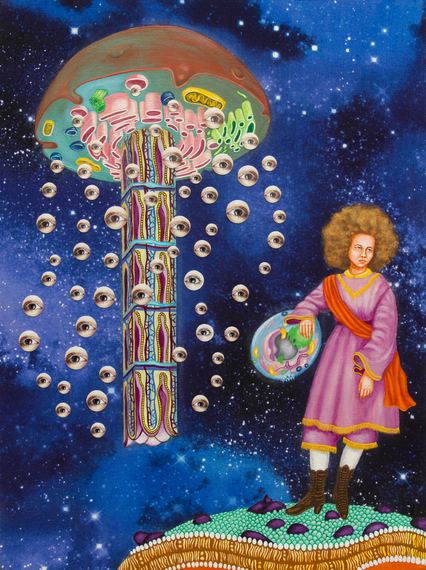 "From the individual human cell, to a human being, to earth, to the solar system, to the universe, there lies a common paradigm of a living organism. In other words; as above so below" says Saar.

Also on view are several of Saar's collages that explore the interconnectivity between organic beings.

"Monad" will be on view through October 4th at the Merry Karnowsky Gallery in Los Angeles.