Currently in India there are so many arts and literary festivals, the joke goes, that they outnumber the participants. One school of thought questions their existence -- after all, aren't writers meant to be a solitary, nervous type? Isn't it selling out to skedaddle from festival to festival, hustling ones book or flogging the same dead horse of an old exhibition? But the bestselling historian William Dalrymple advanced an important belief to me in Goa. He referenced the almost timeless kavi sammelans -- a gathering of poets -- where one bard recited his work and another, responded to it, often on the spot entirely. This thought became the guiding fundament when, over drinks, close friends Raj and Dipti Salgaocar invited me to found a festival that their arts institution, Sunaparanta, could entirely support.

I was hesitant. Having attended many literary festivals I'd learned to do the circuit as a kind of occupational hazard. If you ask most writers, they'll tell you how a festival may not entirely destroy the soul but it certainly comes pretty close to sending it to rehab. Writers and artists don't fare well in a competitive environment, and I'd learned to dodge questions -- like how many copies did I sell of my last book (16, and I bought 14 of them); does my agent take my calls (I don't call him any longer); was I happy with the press I made for my last bunch of photographs (give me a TIME cover, and maybe I will be). Moreover, my scam radar whirred wildly when I'd hear folks coast on the strength of opinion alone: it seemed too easy, almost glib. And then there were the Pretend Serious's milling about at the festival bar, banging on about wars and infanticides (I'm exempting from this equation the lot who genuinely put themselves on the fighting line).

So how can one purposefully add to the festival circuit? 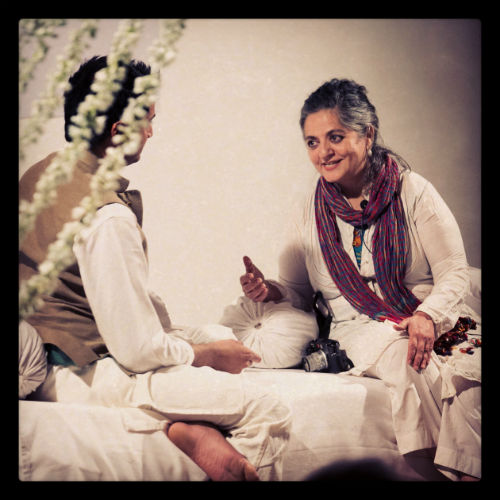 When Raj, Dipti and I spoke about the formative concept we were clear we wanted to accomplish something small but serious at Sunaparanta. Part of this is because Goa, the stunning coastal state in western India, lends to the notion of compaction: Portuguese styled homes line the leafy streets of its villages; the living is laid-back; and many artists from India and abroad call it their second home. It makes a perfect canvas. Another reason to do something neat was to counteract the notion of measure in India, which as it develops and grows, is obsessed with the idea of scale: super size everything. What directed our ship to shore, finally, was Sensorium's decisive principal: to encourage all participating artists and speakers to create original work. So there we were: A festival, which in its inaugural year, traced the intersection between photography and the other arts -- now that seemed about right. And to realize this I found the most astonishing allies in my creative director, Prashant Panjiar, veteran photographer and founder of Delhi Photo Festival; and our executive producer, Isheta Salgaocar, who cut her teeth at the Charlie Rose Show before coming out to Sensorium 2014. 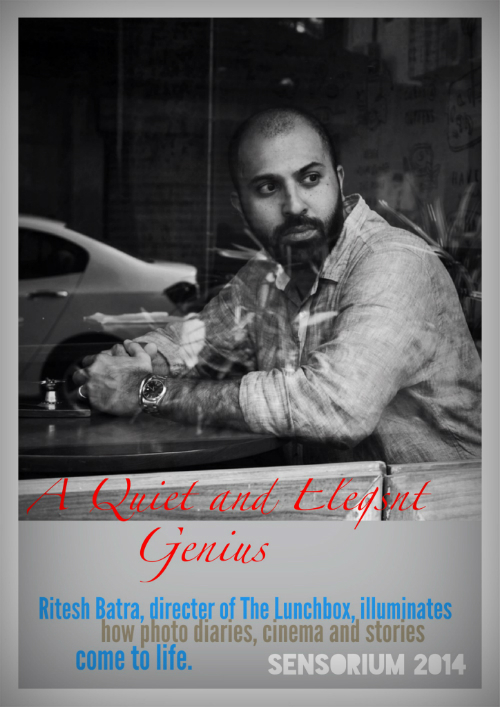 I am delighted, naturally, to report that our motives were realized when some of the most engaging artists in the world agreed to be part of Sensorium. William Dalrymple, director of one the world's largest literary festival, is curating a show on the unseen photographs of the Ajanta murals. Dayanita Singh, when she does not have her hands full showing her work with Ai WeiWiei at the Venice Biennale, found time to make a new show for Sensorium, photographs hinting to her private reading list of novels. Ritesh Batra, internationally feted for The Lunchbox, will deconstruct his film in four scenes and show unreleased pictures of the dabbawallahs -- Bombay's lunch deliverymen at the heart of his film. Salman Rushdie has generously and thoughtfully introduced Farrokh Chothia's first major show in India of the jazz greats -- BB King, Miles Davis, Erykah Badu, threaten to sing out from their portraits lining the walls of Sunaparanta. And Sooni Taraporevala, whose Oscar-nominated debut Salaam Bombay finds a new echo at Sensorium: film stills from her Indian cinematic classic are counterpoised against the original script. And that's just the lineup over the next few days for a festival spanning two months. I'm terrifically excited and honored to invite you to be part of all Sensorium's free-for-public events -- hosted by the Salgaocar's at Sunaparanta -- (facebook.com/sensoriumfest @sensorium14). Will you come?

_____________
The Huffington Post partners with India's most sparkling new festival of photography, literatures and ideas, Sensorium 2014. It runs at Sunaparanta, Goa, December 5, 2014 to February 5, 2015, and we will bring you original content from the shows and talks as they happen.