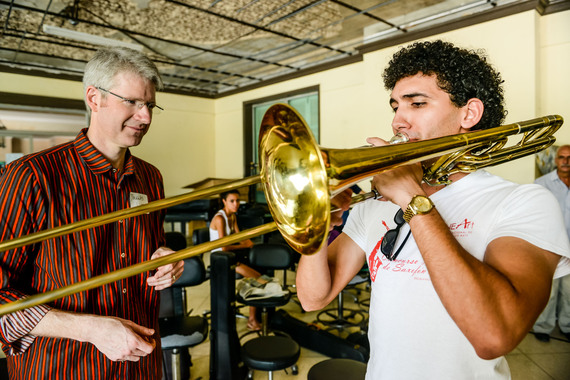 Cultural diplomacy is what the policy wonks call it. On the ground in Havana with the Minnesota Orchestra, Marilyn C. Nelson, the orchestra's vice chair and tour underwriter, calls it love. There is no better way to describe the affection, admiration, generosity, appreciation, and sharing that took place between this impassioned orchestra and a joyous Cuban public.

In a jam-packed three days the orchestra gave two sold-out concerts at Teatro Nacional de Cuba, coached eager and admiring high school and college students, played a side-by-side concert with the Youth Orchestra of the Amadeo Roldán Conservatory, jammed with Cuban musicians into the wee hours in a night club, and performed at the residence of Ambassador Jeffrey DeLaurentis, Chief of Mission of the U.S. lnterests Section. The itinerary hardly does justice to the euphoria that typified each event and the beaming faces that lit up the entire tour. The promise of normalization following President Obama's December 17 announcement made every interaction even more poignant, this being the first visit of a U.S. orchestra since that historic date.

For Principal Trombone R. Douglas Wright, and no doubt many of his colleagues in the Minnesota Orchestra, the highlight of the tour was the interaction with Cuban students. An all-female trombone quartet from the Instituto Superior de Arte left him speechless, their performance being at such an accomplished level. Their fancy foot work made them even more astonishing. Wendy Williams, the Minnesota Orchestra's second flute, was initially frustrated with the communication gap but then quickly adopted the language of smiles and hugs. As Music Director Osmo Vänskä explained, we learn by playing for each other. And he meant in both directions. Vänskä shared the podium at the side-by-side session with Cuban composer Guido López Gavilán, who taught the Minnesotans a rhythm that came to life not from a precise reading of the printed notes but from a more primal feeling of time. The exchanges continued as the Minnesotans handed off boxes of mouthpieces, strings, slide oil, and reeds to the students, most of whose instruments were in need of serious repair. 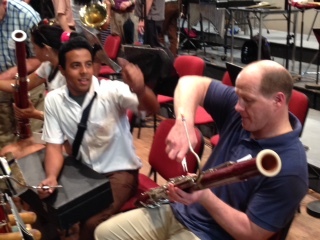 The concert programs were cleverly designed to showcase music of the Americas (Caturla's Danzón and Bernstein's Symphonic Dances from West Side Story); and to fit the Russian theme of the Cubadisco festival, Prokofiev's Romeo and Juliet Suite, also a nod to Cuba's deep ballet tradition. The Beethoven Choral Fantasy joined the orchestra with Cuban pianist Frank Fernandez and the National Chorus of Cuba and the Eroica anchored the all-Beethoven program. Spontaneous performances of the Cuban and U.S. national anthems opened the second night's concert, both works getting full-throated performances by the audience and orchestra, all on their feet and cheering at the end. 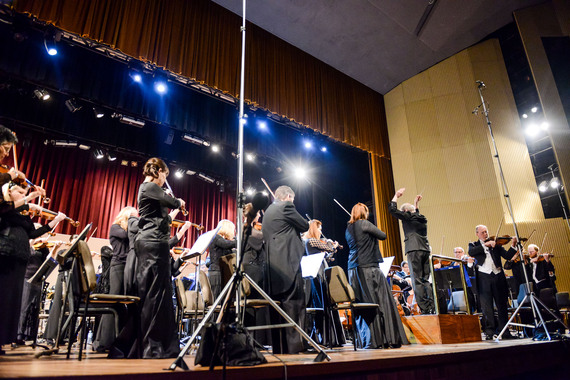 The Minnesota musicians play like their lives are at stake, with urgency, immediacy, and drama that never abates. The string sound is deep and rich, woodwinds nimble, and brass dark and powerful while well-blended into the overall color. The principals had plenty of chances to shine and they were dazzling. It took guts to play a mambo in Cuba, its country of origin, and the Minnesota percussion section more than held their own in Bernstein's Mambo from West Side Story. 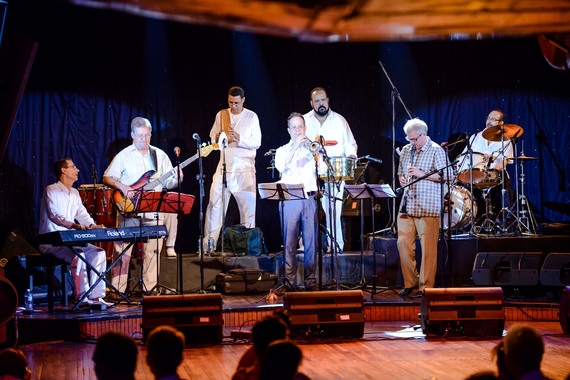 The Minnesota Orchestra may seem unlikely ambassadors, having experienced a most undiplomatic sixteen-month lockout that ended a little over a year ago. But from all signs, that tear in their cultural fabric is mended with an unusually high esprit de corps among the musicians, board, and staff, all of whom could be seen together over meals, on the buses, and on the dance floor. For Kevin Smith, the Orchestra's CEO and originator of the idea to tour Cuba, the orchestra is not only back, but they are committed to renewed focus on their artistry with more tours and recordings ahead.

Tour underwriter Marilyn Nelson astutely observed that great things can happen when attention goes to something larger than ourselves. There are many ingredients that go into the successful running of a major symphony orchestra, but these three days in Havana strongly indicate that standing for something or someone is not only the right thing to do, but it also electrifies the music-making and ramps up the satisfaction and joy. As policy leaders question the relevance of orchestras in serving basic human needs, I am more convinced than ever of the capacity of orchestras to improve lives and communities. The Minnesota Orchestra is an orchestra that matters.It merits our pride and creates the public value that earns arts groups and all non-profit organizations the charitable tax policies that are their lifeblood.