Visual communication -- the act of making your point through images -- is one of the most important skills that you, as a journalist, can take on board this year.

The way people consume their information is changing dramatically each and every day. With the rise in mediums such as blogging, live-tweeting, and video streaming, the way you reach your audience is never going to be the same again.

Over 1.8 billion people now have active social media accounts. That's more than 29% of the world's population. In the US, it's 67% of the US population. 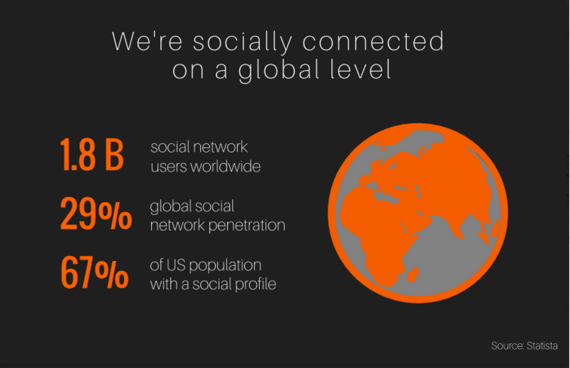 But people aren't just turning to social media to share pictures of their lunch, complain about train times or boast about their latest workout (because if you didn't tweet it, it didn't happen, right?). Instead, they're using their feeds to gain access to the news that matters to them.

Since 2013 alone, 50% of Facebook and Twitter users have used the platforms to access news, "snacking" on the stories that interest them, instead of having their content consumption driven by what's on screen, or in the newspaper.

You can't even feel safe in the knowledge that the old guard of consumers are still waiting to read your columns in print. Because, believe it or not, the fastest growing demographic on Twitter is the 55 to 64 year olds, which has grown 79% since 2012.

So what does this mean for journalists?

It stands to reason that if people are changing the way the consume their news, you also need to change the way you report it to them. 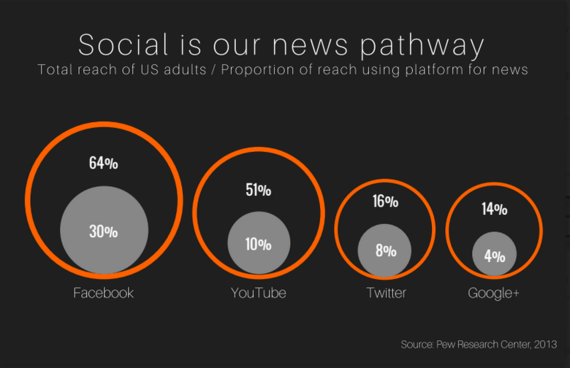 In today's landscape, 62% of journalists are required to write for online news, while 39% are expected to blog. Add that to the rising 52% of bloggers and freelance writers who now consider themselves journalists, and you've got a news consumption revolution just waiting to happen.

In fact, there are even TED Talks on how you can use your mobile phone to become a journalist. 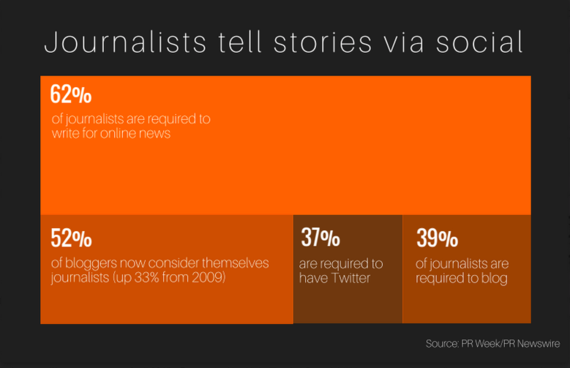 That's where visual communication really comes into it's own.

It's no longer good enough to just report on the important news in your niche. You now have to make sure they: stay on your page, share your article, care enough to comment and, most of all, remember what you said: all benefits that visual content can give you. It's the era of featured images, infographics and in-article snapshots.

The way your readers retain their information might come as a surprise to you. Because, well, only 20% of what they read from your text actually sticks. However, if you put that information into an image, suddenly the percentage of information takes a huge leap to 80%. 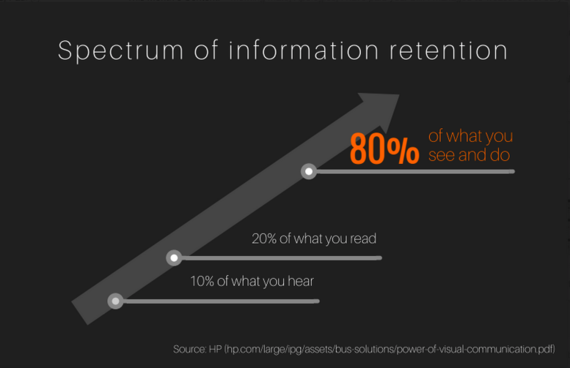 Take this article, for example. You almost definitely can't remember the opening sentence. But, you could recite most - if not all - the facts and figures on the images so far. Yes, visuals stick. Which is one of the reasons why publications spend so long stressing over the type of font they're going to use.

For instance, these two sentences say exactly the same thing, but the imagery of each communicates a vastly different meaning: 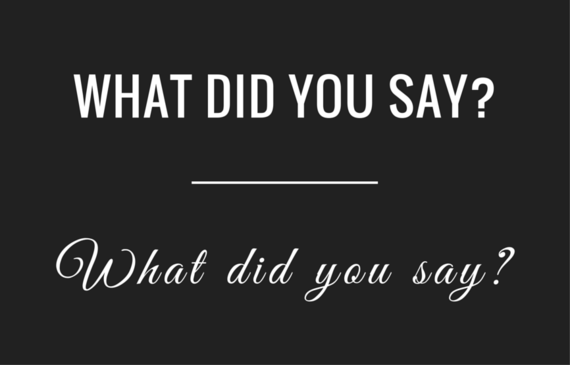 If your images are relevant to your text, communicate the points you're making and contain the key information you're trying to get across, the bigger the impact on your audience.

Images are also able to reach further into different types of article readers and appeal to their needs. For example, "serial skimmers" -- readers who look at articles for: quotes, headings, media and conclusions -- are better engaged when you provide fact-based images throughout your article to grab their attention, and impart the information they need to take away.

Which brings us to the final piece of the online journalism puzzle -- traffic.

Getting people from all over the Internet, and the world, to read your articles and take note of what you're saying.

Research by BuzzSumo, an online content marketing tool, discovered publishers and journalists that use Infographics see traffic that's 12% higher than those that don't.

In fact, it seems in the social age images are almost a requirement from readers, for them to even consider reading your article. Studies show that articles with images are 104% more likely to be read than those that don't.

When it comes to social sharing, visual content also has an unprecedented power that the written word can barely come close to.

In another finding from BuzzSumo, where they studied over 100 million different articles to see what made them shareable, they found that articles with at least one image were shared, on average, twice as much on Facebook and Twitter than articles that didn't contain any images at all. 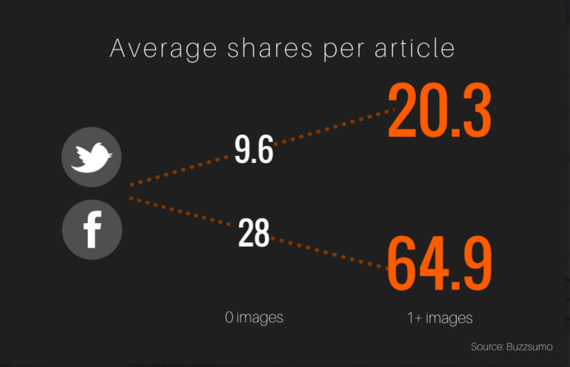 If you're one of the 59% of journalists worldwide that uses Twitter, that's leverage you can hardly sniff at.

As you can see, if you really want to shout smarter in the current world of publishing, visual communication could be what sets your articles and columns apart from the rest. But, there's one question left unanswered here that needs to be addressed before you take the image-plunge:

"What if you're no good at design?"

The simple answer is that you don't need to be a budding Da Vinci or Banksy to create images and graphics with all these benefits. You could probably argue that most journalist taking advantage of images have do background in graphic design whatsoever.

Yet, it's always good to know what makes something look nice, and will appeal to your readers. Because what looks good to you and what looks good after you've hit the publish button can often be two vastly different concepts.

And truthfully, if you're a journo with a passion for communication and news -- dishing out a huge budget for expensive graphic design software probably isn't high on your agenda either.

Be resourceful, take advantage of professional DIY design tools, and be willing to accept the fact you might be more creative than you thought.

In the changing tide of online journalism, arming yourself with visual communication skills is more important than ever before.

Head of Communications at Canva