I would like to briefly share with you the moment that I was introduced to Belief, and the journey I have been on since.

As I sat in my office at the Meditation Museum going through countless emails and schedules for upcoming activities, I shared with Antonia, who handles most of my schedule, "I will be retiring or at least move into my time of sabbatical". Then, Rev. Carolyn Wilkins, Interfaith minister for Agape in California, called to inform me of an upcoming television series entitled, Belief, narrated by Oprah Winfrey of OWN: Oprah Winfrey Network. She shared that Values Partnership (who is collaborating in mobilizing a grassroots movement to bring attention to the upcoming series), is looking at transformational groups in the country. "I was thinking about you and thought you would be perfect," she explained, to be on a call with Oprah as she shares the intent and story of the Belief TV series to be launched Oct 18-24.

A few days later I found myself on a national call led by Values Partnership engaging Oprah Winfrey in a conversation with thought leaders across the nation as to why this show means so much to her. She shared that it is about seeing what is larger in us; examining why faith matters to so many individuals from all cultures and situations in life; and that the project is a result of traveling to 33 countries to explore the lives of real people diving into their faiths to overcome life's greatest challenges.

In that moment, I took a step back inside and asked myself, "Could this really be happening?" Have we evolved to be open to accepting perhaps that our faith gives us some sense of human identity, but it is our experience with God that gives us purpose and reminds us we are here to love?

After the call, an incredible amount of energy began to ensue with regular conference calls across the nation with the OWN team to explore how those of us were receiving this possible shift of narrative in our country and perhaps the world. As is my practice, I kept noticing the energy behind the project, which was coming from a genuine place of how we can all be of service to others and as a result, serve ourselves in a higher way.

I was raised by a Hindu father who believed Krishna to be God, and a Roman Catholic mother who believed Christ would save her from her sins. Rather than choosing who was right, I intuitively felt that God was One, but the choice of which path that would bring an individual comfort and understanding was up to each of His children. It is not surprising that I was called to a deeply spiritual path of being in connection and relationship with God. I believe that when our faith is working, we can accept all faiths and all stories without judgement.

It is perhaps why it is challenging to hear of current events referenced as "religious wars." I believe our wars are more of a lack of ability to understand and accept our differences, than an expression of diverse paths focused on God. When we are deeply submerged into divine power or deep self-realization, the natural emergence would be a soul filled with virtues and values whose only mission is to bestow God's love and light. It seems to me that any form of violence or brutality is an absence of the divine. Perhaps Belief will open viewers to that, among other, profound realizations that can truly shift our world.

When I was led to my practice, it called me to not be focused on being a Brahma Kumari, but instead to be true to the original worth of the self. It invited me to find the courage to see myself honestly and be strong enough to change ALGAE (anger, lust, greed, attachment, ego) into the opposites: peace, purity, joy, love and wisdom. Through spiritual knowledge, discipline with love, and patience of the spirit I have come to realize that I am on a return journey to purity of heart, being clean inside.

Being a part of this gradual build up around the Belief TV series that will broadcast on OWN between Oct 18-24, I am witnessing possibility like never before. That of uniting rather than dividing. That of forgiving rather than seeking revenge. The possibility of laying down arms for flowers and good wishes. The possibility of offering folks permission to look into their inner world with more grace and beauty than any other way. Could the upcoming Belief TV series be a game changer for our humanity? 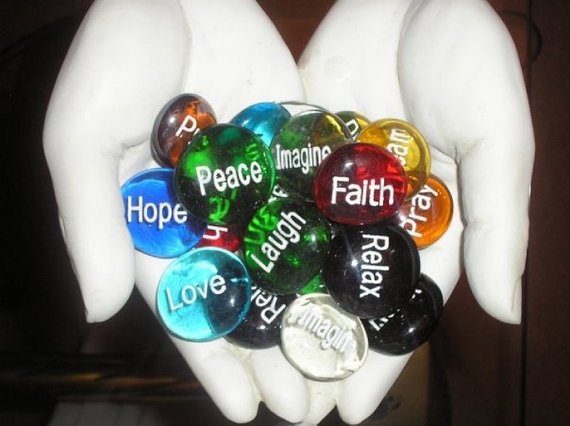 In this unfolding story with the Belief series, I am consciously embracing the friendships garnered between various faith traditions, economical classes, race and cultural limits, around a conversation that is elegantly not propagating anyone to belong to a religion, but to perhaps explore more how one's religion has the power to use God, and God to use one another, to do great good in the world.

I look forward with love and regard for this powerful project to reach the hearts of many. 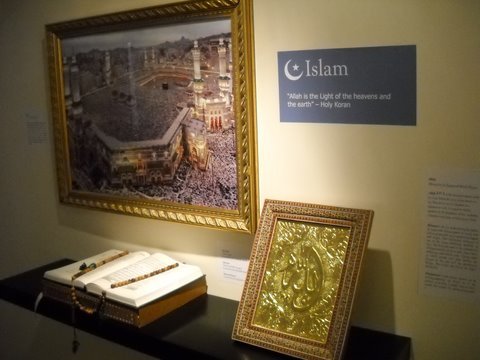 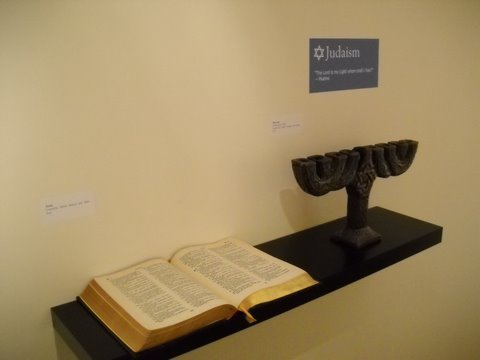 If we intend to lay down arms, forgive, let the past be past, to move on, then I believe when we break attachments and love everyone the same there will be the experience of a good life. Then we will see the face of God in everyone.

For more information on "Belief" visit: www.beliefteam.com
Follow my journey of Belief @americameditate
###