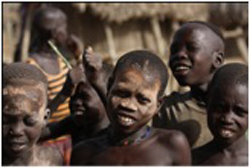 This week George Clooney is there, as well as Jimmy Carter, Kofi Annan, and some 20,000 observers and over 1,000 journalists from around the world. The polls close January 15th on the referendum to split Africa's largest nation in two, creating the new state of Southern Sudan. It's a part of the world few travelers have had the pleasure to experience, it being locked for over two decades in Africa's longest running civil war.

It has little infrastructure; bad roads, few experienced guides, and modest accommodations. But Southern Sudan possesses what much of the rest of the world has lost, often in abudance, including vast herds of wildlife, integrous cultures, and wild places. There is a potent desire among first movers in the travel realm to experience these places in front of the curve, as happened in Kenya and Tanzania in the 60s; Nepal and Tibet in the 70s; Botswana and Morocco in the 80s; Peru, Galapagos and Antarctica in the 90s; and Viet Nam and Bhutan in the 2000s. In the wake of the early adopters come the waves of real tourists, and with them a sustainable tourism economy that educates and employs artisans, contractors, and service providers; supports and nurtures local entrepreneurs; and allows new beneficial infrastructures, from roads to air strips to schools to clinics. Tourism is the primary industry in Kenya. In Southern Sudan it has the potential to become the second largest GDP contributor, after oil. Well-composed touro-economics can make an enormous and long-lasting difference. 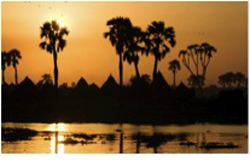 I know, because I helped develop such in neighboring Ethiopia in the early 70s, when it was in a similar state as Southern Sudan today, suffering from the effects of a prolonged civil war, recurrent drought and famine, strained government relations with tourist-generating countries, and restrictions on entry and movements of tourists. But, with a host of new adventure and cultural tour offerings, including float trips down the Blue Nile, Awash and Omo rivers, and treks in the Bali and Simien mountains, tourism kindled a flame of attraction. Now Ethiopia sees about $400 million in tourism receipts a year, about 30% of its export income, and it has lifted the lives of thousands, and delighted millions of visitors.

One trip I made in those early days was a first descent of the Baro River, in the southwestern part of the country, a river filled with whitewater, hippos and crocodiles. We purled for days through a lavish rainforest canyon, and pulled out at the village of Gambela. 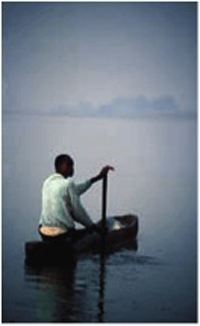 Coffee originated in Ethiopia, in Kaffa province upstream, and Gambella was founded as a port and customs station for exporting coffee and other goods to Sudan, and then up the Nile to Egypt. It is home to the Nuer, among the tallest and most striking people in Africa (imagine a 6' 2" version of Iman), and it was a place so beguiling I did not want to leave, hoping to miss the once-a-week flight to Addis Ababa. What taunted, most, however, was that the beautiful Baro river just downstream changed its name to the Sobat, as it entered Southern Sudan on its way to the White Nile, and nobody had rafted this section of the river. That remains true to this day, a last ribbon of the Nile basin to be enjoyed by modern adventurers.

So, just as in Ethiopia, there is a plethora of rousing possibilities for the intrepid traveler, some in combination.

1)The cultural and heritage features are so far beyond the common as to be the maria of the moon, including visits to the Dinka (tallest tribe in Africa, with stick fighting and other rituals thousands of years old); the Nuer (spreading from the Baro in Ethiopia to the Sobat in Southern Sudan), the Shilitfi, Asholi; the Bari and Lotuka. There are some 66 ethnic tribes that have diverse and striking traditions such as elaborate tattooing, scarring, and colorful but peculiar initiation ceremonies.

2)The wildlife....there are six National Parks and 13 Game reserves. The wildebeest migration in Southern Sudan is one of the biggest animal migrations in the world and has been described as more spectacular than other migrations on the African continent. There are thousands of elephant, zebra, hartebeests, lions, buffalo, bongo, monkeys, chimpanzees, several species of antelopes and gazelles, various species of wild hogs, giraffes and other mammals, not to mention the ludicrously rich bird life.

The New York Times reported that an aerial survey in 2007 revealed vast migrating herds, rivaling those of the Serengeti plains: 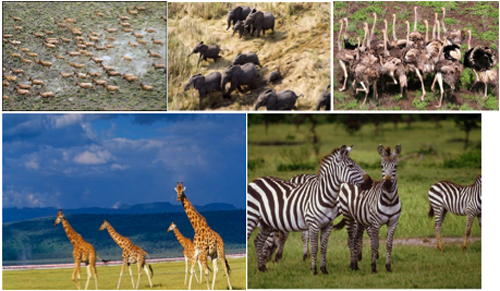 3)Adventure tours....all manner of treks can be devised, but also river trips, both in flat and wild waters...Felucca tours on the White Nile are quite appealing, and there are airboat tours of the Sudd, sometimes called "Lake No," as it is choked with carpets of water hyacinth, making Nile navigation a no go. But it turns out there is seasonal whitewater in Southern Sudan on the Sobat, and that can make this as appealing as the Omo River, on the Ethiopia side, which has attracted thousands of rafters. 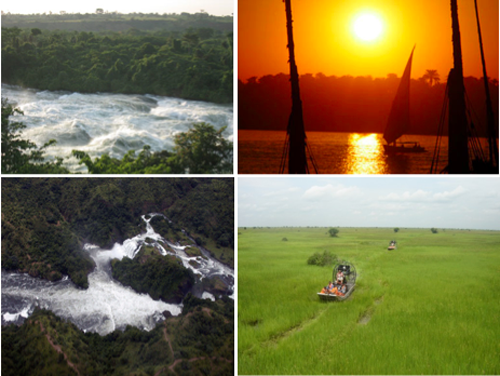 4)History....following the footsteps of the great 19th explorer Samuel Baker (one of my greatest heroes, and arguably the real discover of the source of the Nile) to his resting place below a tamarind tree, to tracing the beginnings of the African slave trade at Gondokoro Island, to the Good Way King's tomb, to the attempts to build the aborted Jonglei Canal through the Sudd with the rusting remains of the giant German-built excavation machine - nicknamed "Sarah." The axis of history with the explorations to discover the source of the Nile is on grand parade here. 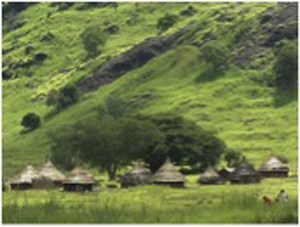 A reason to visit Southern Sudan as it emerges as its own entity is that such a call enhances linkages between tourism and the locals, so that tourism's contribution to poverty reduction is increased and the poor of the region are able to participate in product development. As tourism grows, links with many different types of 'the poor' are made, including the hiring of locals as staff, bringing in neighboring communities, renting from or building with land-holders, buying from producers of food, fuel and other suppliers, encouraging operators of micro tourism businesses, such as craft-makers, and indeed the general betterment of infrastructure (roads) and resources (water). In other words, tourodollars, wisely spent, can make an enormously positive difference for those in Southern Sudan who will be carving out a sustainable future as they reach into the morrow.

But the real reason to go and experience Southern Sudan is that it is magical, a place like no other, authentic in a way that cannot be forged, swarming with inimitable encounters, and it is, perhaps, the last chance to see wild Africa as once it was.