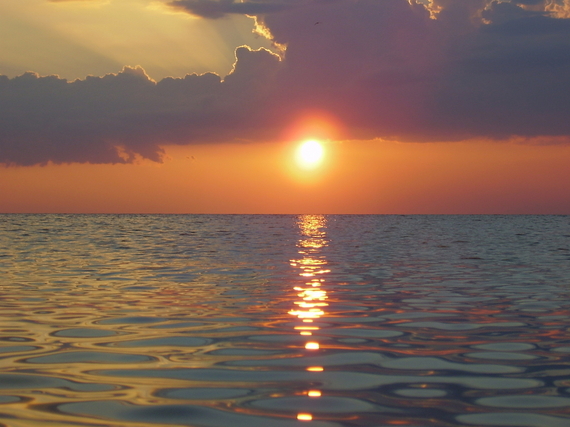 We live our 24/7 daily cycles of life by going through the waking, dreaming, and sleeping states of consciousness--unless one has perpetual insomnia!

In our quiet moments, we often ask ourselves the question, "Is there more to life?" or "What is the purpose of my life?" In the search for more meaning, we tend to explore different activities in the waking state of consciousness. We try to meet new people. Maybe we find a new and satisfying job, get married, join a book club, start a yoga class, go to the gym, take up an instrument or new sport, or go on a trip. The list goes on and on.

The waking state of consciousness offers endless possibilities for more enjoyment, but the outside is always changing, so the pleasure or satisfaction that comes with these new additions to our life is only temporary.

The sleep state of consciousness is essential for our survival, and serves to rejuvenate our mind and physiology to meet the next day's challenges. During sleep, our body gains the rest it needs to function effectively in daily life.

The dream state, also called REM (Rapid Eye Movement) sleep, is also necessary to release stress and revitalize the mind; research has shown that it stimulates the regions of the brain used for learning, memory, and filing of past impressions for future use.

There is a fourth major state of consciousness that scientists have documented as being distinct from waking, dreaming, and sleeping--transcendental consciousness. In 1970, in the popular journal "Science", Dr. Robert Keith Wallace published a groundbreaking study entitled "The Physiological Effects of the Transcendental Meditation Technique".

His research showed that the experience of transcendental consciousness during Transcendental Meditation (TM) produced a profound state of rest, deeper even than sleep, as seen by greatly reduced oxygen consumption. The research also showed significant decreases in breathing and heart rate, as well as indicators of deep relaxation, normalization of blood pressure, and a state of restful alertness, as measured by EEG changes in the alpha and theta wave activity. Dr. Wallace concluded that these markedly distinct physiological changes indicate a fourth major state of consciousness.

To date, there are over 360 peer-reviewed published studies on Transcendental Meditation that verify the benefits of experiencing this fourth state of consciousness--transcendental consciousness. Research shows improvements on all levels of life--psychological, physiological, and sociological.

Cosmic consciousness is experienced when transcendental consciousness becomes permanently established in one's awareness. All the sublime qualities of the transcendent which one accesses during the 20 minutes twice daily practice of Transcendental Meditation--silence, profound peace, unbounded awareness--become a continuum of our life, even while we are engaged in daily activities, and this silence even continues during deep sleep and dreaming! These qualities and many more progressively develop naturally through the regular practice of Transcendental Meditation.

Established in cosmic consciousness, one has gained a permanent state of freedom, a state of complete independence from the ephemeral field of life. From this state of true liberation, we are in a position to enjoy the whole sensory range of life without being overshadowed by its ever-changing "swinging" nature. In cosmic consciousness, even though our mind and senses have become free from stress, there is still more delightful evolution that awaits us. As we continue to transcend through our TM practice, our senses refine further, and we start to experience more delicate, hitherto unperceived, levels of the objects of our experience.

Long before the state of cosmic consciousness has been permanently established, sign posts on the way to the glorified state of cosmic consciousness crop up. A common experience that people report after learning Transcendental Meditation is that the nature around them takes on more of a glow. They notice the beauty and details of their surroundings more intimately. This deeper appreciation of the surroundings causes their hearts to open more and to flow in gratitude and warmth to their environment, including to family and friends. This warm flow in the state of contentment is simply called love!

Many people throughout the ages have reported experiences of unity consciousness. An excerpt from 'The Over-Soul", an essay by Ralph Waldo Emerson published in 1841, expresses this reality:

"...within man is the soul of the whole, the wise silence, the universal beauty to which every part and particle is equally related; the eternal One. And this deep power in which we exist, and whose beatitude is all accessible to us, is not only self-sufficing and perfect in every hour, but the act of seeing and the thing seen, the seer and the spectacle, the subject and the object, are one. We see the world piece by piece, as the sun, the moon, the animal, the tree; but the whole, of which these are the shining parts, is the soul. . . ." 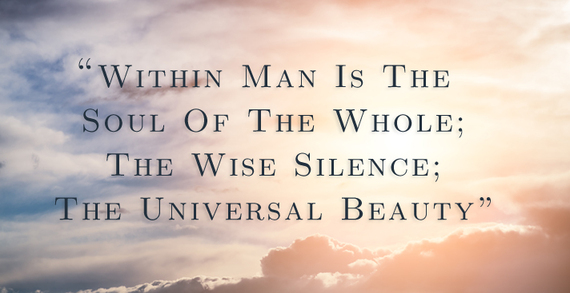 Writers, artists, scientists, athletes--people from all backgrounds--have reported experiences of higher states of consciousness that happened spontaneously at some point during their life. These experiences were so profound that they transformed the trajectory of their lives. However, often these people expressed frustration at being unable to repeat the experience. Moreover, without a framework to understand their experiences, many were left hanging in doubt and despair.

During your quiet moments, when you think "there has to be more to life", if you search only in the waking state of consciousness for that more, you will never find true and lasting fulfillment. Right from birth, you have been evolving into the person you are meant to become. Journeying to the silence of your mind and passing through the gate of transcendental consciousness, you will start to unfold your cosmic potential. The sooner you can start on this journey, the more you will enjoy the beauty of the path of growing enlightenment in every breath of your life.

Rather than restricting your life to only the three waking, dreaming, and sleep states of consciousness, take a dive within to begin enjoying the limitless, blissful state of unity consciousness and become the whole person whom you are truly meant to be.