Julien Lanoo's photography is a documentation of the built environment. He looks at the architectural world with a deep understanding of its historical and social layers as well as the visible and intangible connections between nature, light and materiality. His work features clean and elegant compositions, captures the beauty of the physical object and even beyond. After all, architecture is about people and how they live their lives. 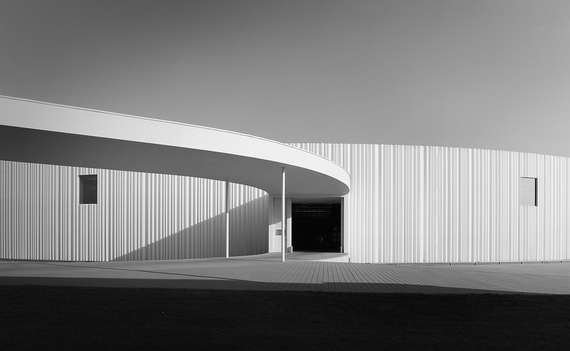 What is it about architecture that attracts you?

I am deeply interested by 'La condition humane' (from french 'The Human Condition'), a term coined by André Malraux in 1933. Not the book in itself, nor do I want to sublimate its thematic (which strangely is a modern problematic), but these three title words combine the whole complexity of our surrounding. The human condition -- what is it? How unbelievably complex humans are.

I am born in an extremely beautiful and peaceful part of the world: the Belgo-French fields of Flanders. I grew up at the border between Belgium and France, actually exactly on the border because the village was split in two sides; across the road is another country. Below the surface there are numerous scars -- 'world's battlefield for centuries'. Every European conflict from the Romans to World War II was fought here: the numerous hero stories of the post-war, closed borders, smuggling, human tragedies connected to this trade and centuries-old family conflicts. I've always been impressed by those stories, those complexities; how time heals all. How long it will take? 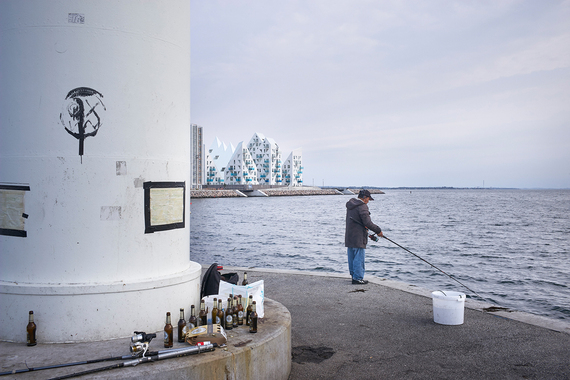 I found in the concept of architecture a sort of medium, which touches this subject, studies it, distills it, and if it's good architecture might be a new starting point. Why do we build if not for humans? I perceive this not only on a social level, but also visually. For me, architecture is a reflection of a community. From the wonderfully well designed bunkers I grew up next door to, to the most modern social project or luxury shops. A never ending quest to see and understand. To tell the story. 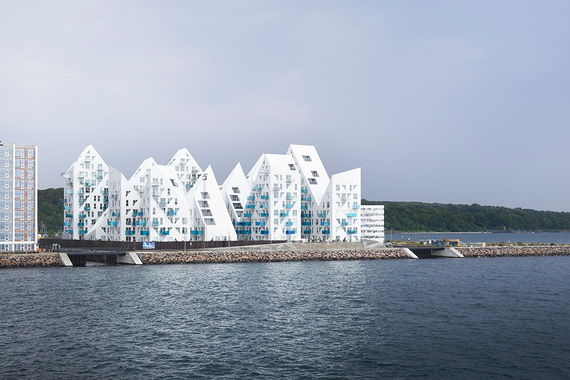 What are the challenges to work with big architects and leading design offices such as Vitra, Herzog and de Meuron, SANAA, Julien de Smedt, LAN?

Deadlines? No, actually not. I can live with deadlines. It's a conflicted answer. It's a challenge to understand them for the first part. Because mostly the people in these offices are intelligent, have been working on a thematic for a long time and also had years of academic study and practical work around a certain project. But not that it also fits into a complete oeuvre, that on its term fits into a certain 'time', which on it's turn fits into a history of research within the medium of architecture. To understand a project, to make a meaningful image, you have first to 'understand' the designer, to learn to read his or her language, to grasp the influences. Most architecture pieces are not O'Doherty-an subjects inside a white cube. They have a surrounding and people inhabiting them. 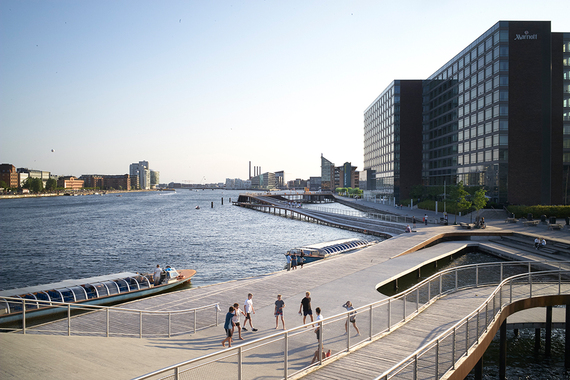 Photography, alike architecture, is still a social act. In your recent work there is a very present humane approach. What has changed?

In my current work a lot has changed. I am still using the same thematics and vocabulary, but going deeper in the understanding of the surroundings and the community around it. It's less strict, less 'clean' in terms of 'history of architectural photography clean'. We encounter again patterns of massive human migration. We don't sit in a 1990s hot tub, watching the millions roll in. And consequentially architecture changes conceptually. 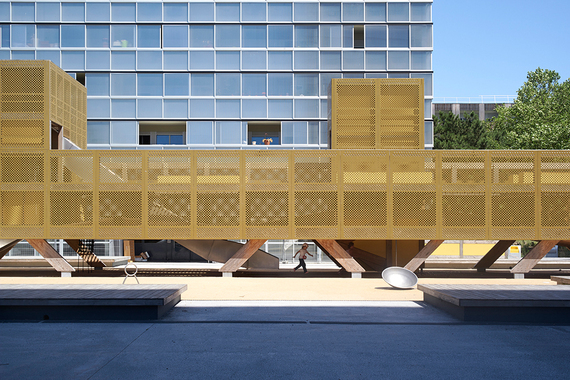 'Why do we build if not for humans? I perceive this not only on a social level, but also visually. For me, architecture is a reflection of a community.' 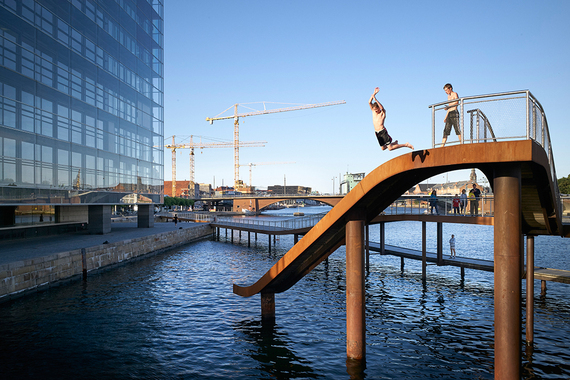 What else outside of the design world triggers you?

I have a 'péché défendu', I am a big fan of Gainsbourg and collect bootlegs. If I ever need to think, I take my car ( my second little secret), put on some Gainsbourg and drive. I find driving peaceful. You're in your bubble, have control, have to concentrate on simple handlings. You can just think. Or going to the 'bistro' next to an architectural project and talk to the local people. I LOVE THAT! Talking about mostly the same simple things with people of all kind. They give me a counterweight to evaluate the architecture. It's not just a sculpture in a white cube. 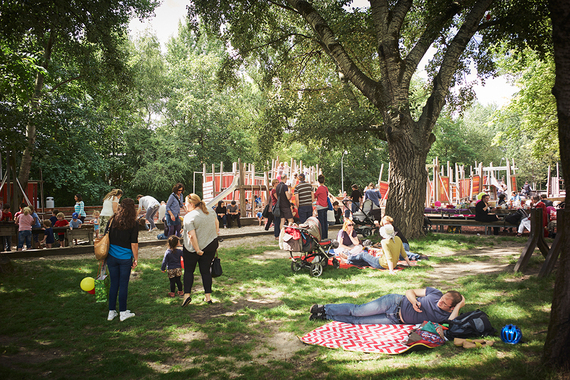 Park am Gleisdreieck in Berlin by Loidl / Photo: Julien Lanoo

I also love seeing how a tree grows. You can get the kid out of the fields, but not the fields out of the kid.

It's the project that first thought me there is something like 'architecture', that is far from only putting blocks on top of each other or combining weird forms; that architecture talks, it has logic and works deeply with what interests me. The Congrexpo in Lille by Rem Koolhaas, now renamed by a very 'smart' PR-company as Grand Palais. This is interesting because it's exactly the antitype of a 'palais' ( palace). It has a function of a strange mix of commerce and community and houses conferences, concerts and trade shows of all kinds. 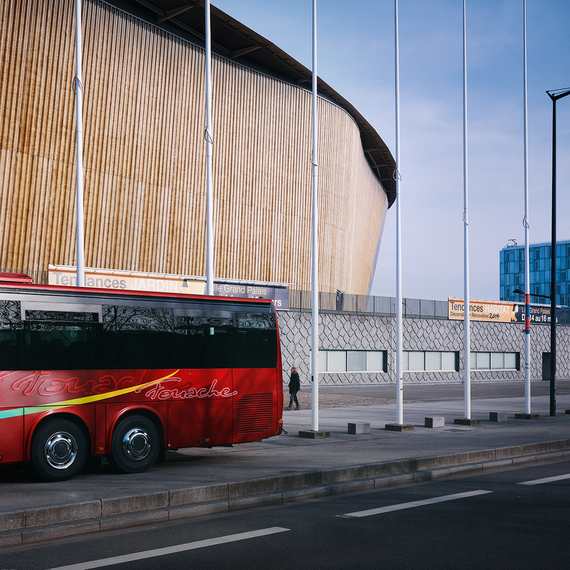 I saw this building on a lecture in the first year of my Masters in Experimental typography. It's a building without complexes; true to itself and where it is. It's huge but not invasive. It uses recuperation materials and gives them a second life in a completely different form. It was build in a time when the city of Lille needed to be reinvented and represented a belief in the future, new ways of living, easy and fast transportation, new communication. Suddenly, a city that was an almost non important little agglomeration, far away from Paris, became a big player. It fits into a complete new urban plan of the 90s. 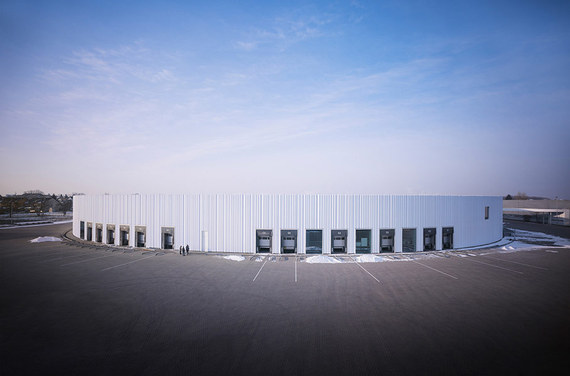 What are your biggest influences?

I don't have a 'biggest' influence. I am massively influenced, but not really by one person or an object, it's a multitude of persons, discussions or things. I am as influenced by the village drunk, as by the most successful CEO. I love to 'save the world' a little bit drunk with my best friend, with some random stranger in a forgotten hotel bar or a famous architect. I think doing what I do is a story making where I try to find a way. It's kind of going to the Far West. 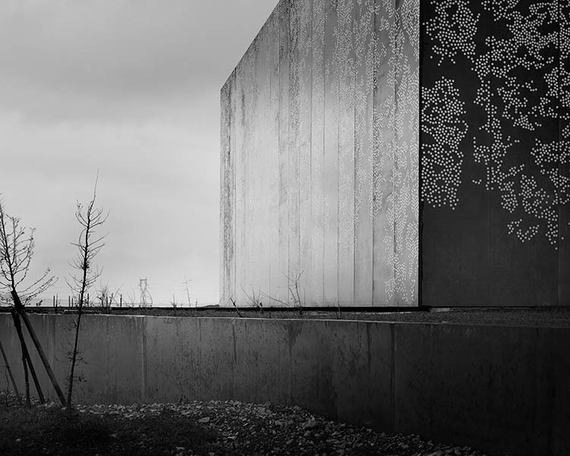 See more of Julien Lanoo's work on his website.

Joana Lazarova is an architect and journalist based in Paris, France.