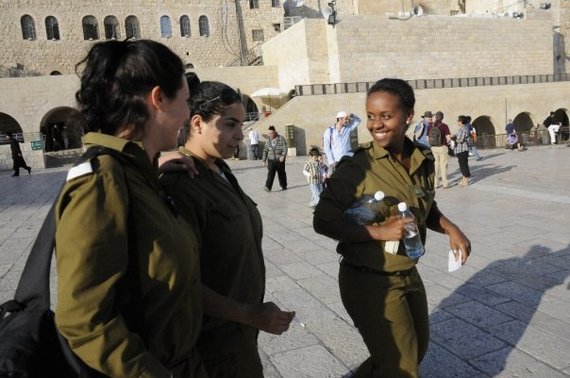 Wearing a green army uniform, was something I thought I would never do. Living in a country I once knew but is now so foreign to me seemed impossible, but I'm here. It was entirely my decision, no one forced me or even tried to convince me; honestly, I think my mother would have liked me to stay in Oregon and go to school, but I had been blessed with parents that supported every crazy idea I've ever had. My new crazy idea was to join the Israeli Defense Forces.

It was August 20th, 2009, the summer after my high school graduation; the journey was long and rough. The air that circulated throughout this confined airplane for about 13 hours was causing me a headache. My ankles were swollen, the family behind me could not get their screaming baby to be quiet. I was about to lose my mind from boredom. The flight was almost over, and the minute that we felt the wheels land on the ground, everyone started clapping? I, of course, started to clap as well. I didn't know why, but I would later find out.

This two-year life journey started with a very challenging but yet very humorous basic training. This wasn't like any basic training. These were Hebrew and Army survival lessons. The sergeants were much harder on us than any other company; they thought that because we didn't know the language we would rebel and not act like good soldiers should. I, however, believed that I had the advantage of not knowing Hebrew. Every time the sergeant would command me to do something that didn't seem too appealing I would pretend I didn't understand. I got to skip a lot of very unwanted situations such as push ups, or crawling through the mud. That all changed as I continued. I learned the language in about a month, or I should say relearned. As I started to know more of the language, I started to have more friends. I became much closer to the family I had there. They were all I had.

Can you imagine building a tent made up of 6 sticks and a tarp in less than seven minutes? I think anyone can imagine it but I actually had to do it. I will never forget that night. My troop of 50 girls and I had walked a very extensive five miles into the desert-like wilderness, all I remember seeing is black, we only had about six lanterns. We walked up and down hills the size of mountains. I fell to the ground about seven times feeling like giant elephants were pushing me down. Every time I fell, I would wish that I had broken a bone so I could go back to base. The air smelled like sweat and despair. My troop was tired; we were marching with backpacks the size of our bodies. As we arrived at our destination the commanders ordered us to pair up and stand in a half circle in 40 seconds. I paired up with Ariel; she was also from the states. My sergeants handed us 6 sticks and a tarp and told us to start building. I had no idea how to build this tent but we had no choice but to learn.

Although life was rather humorous it would be unfair to leave out the fear and terror that I experienced. I was stationed with a combat unit in areas at the danger level of "Alef Plus" that translates to being highest of risk territories within Israel. The Gaza border, Lebanon border and West Bank were some of the places I was stationed. These places were alongside the very people that wanted me and my country to disappear. Having fear as a part of life was scary to say the least. It would rain every single day at Gaza, it would raining hard with missiles. We sometimes spent half our days in bomb shelters praying that they wouldn't land on us. Anxiety and the feeling of stress would cloud over us with the heavy feeling of worry for the soldiers that were actively out on the borderline. These were the days that showed me how the people of Israel came together for us; we were offered words of encouragement from strangers, appreciation everywhere and most of all love and respect for the work we were doing on base. 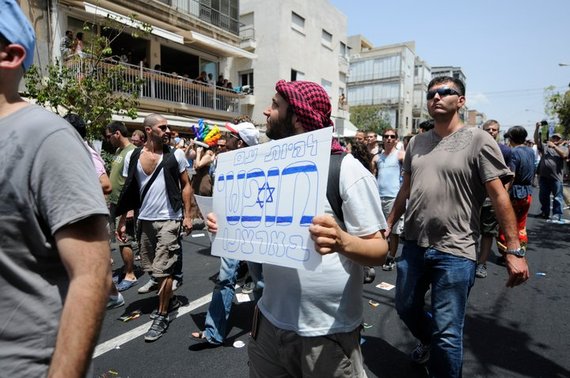 It all became a love story; I fell in love with Israel. The good had outweighed the bad in major ways. Let's start with the food. You can walk through any Israeli market and your nose would be filled with the ever so sweet smell of the bakeries. The golden chocolate croissants were baked to perfection and not only that, they were made a few minutes before you came into the store; you would take one bite and your mouth would be filled with the buttery croissants and the warm chocolate dripping. It was to die for! The people were all so warm. I don't know how to explain this but you felt as though you were safe no matter where you were, even in the middle of the night. Sounds ironic I know, in the midst of bombings and kidnapping you almost felt as though you have a spirit protecting you at all times, and maybe it was God. Your neighbor wasn't just your neighbor but your friend.

There is a magnificent culture that thrives in Israel that I cannot explain in words, you would have to come and experience it on your own. Words can't adequately express the salty smell of the ocean breeze, the beautiful laughter of people, which never stopped; people were always happy. I cannot forget to mention the exceptionally good weather; winter is almost nonexistent. The sun shines so bright every single day. People are always out and about sometimes for no reason but to just sit in the park and converse with one another.

Indeed, I never thought that I would wear my green army uniform like I did. I never would have imagined I would leave the United States to my birth country of Israel all by myself, but I did. The very first airplane ride back to Israel was so significant. I remember clapping and I had no idea why; now I know it's because this country of Israel was built through challenges that no other nation has overcome. Coming back to my promised land, no matter when, is a reason for celebration.