As a diversity of voices sounds anew to effect change -- and as movements coalesce around related causes -- it's worth remembering one essential from the realm of artistic commentary: Black cartoonists need to be a prominent part of our ongoing national conversation, says Michael Cavna of The Washington Post. There is one artistic voice that stands out above the rest as pivotal to the national conversation around race, identity and social justice. That is the voice of John Jennings, visual artist pioneer and author. 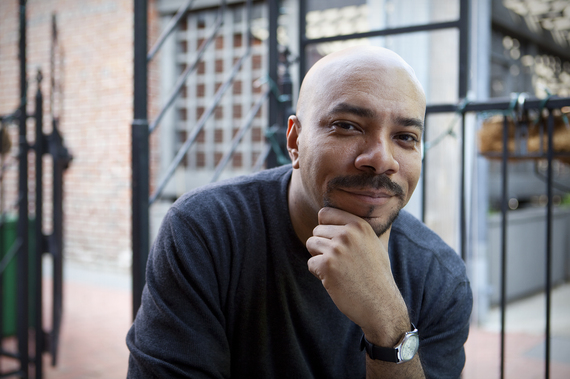 The artistic work of John Jennings should not escape any contemporary conversation on Black visual artists of the 21st century. John Jennings, co-curator of Unveiling Visions: The Alchemy of the Black Imagination, offers a fresh perspective on Black imagination and challenges our notions of Black expression in popular culture by forcing those that engage with his work to envision a future that inverts our notion of the historical and contemporary Black experience. John Jennings visual work offers up hope at a time when much of the Black community feels despair and plight as we powerlessly, yet consciously live with the daily forces of physical and mental brutality upon our bruised bodies. Within a system that fails to provide security, protection and justice for Black folks, the visual work of John Jennings often portrays a world in which Black people have control over their bodies, live outside the confines of rigid boxes and shatter the struggle of policed expression.

John Jennings visual work needs to be a part of the national conversation on race, identity and social justice. Here's why:

1. Social movements always coalesce around symbols that act as unifying motifs to empower and embolden an oppressed group of people. In 2015, John Jennings created a "remix" of the Black twitter icon, which instantly went viral on Twitter using #BLKPWRTWITTR. The significance of this icon cannot go understated. For Jennings the icon was a visual response to the murders of nine innocent Black Americans in the historic Mother Emanuel AME Church in Charleston, South Carolina. Users all across Twitter and Facebook changed their profile pictures to the Black twitter logo created by Jennings. Jennings says, "I decided to make something to deal with how I was feeling but, also to show unity via a symbol. Ironically, I am not a huge user of Twitter. I do know, however, that Twitter has been used to organize, spread information, and do critical analyses of current events by Black scholars and activists regarding the community. I wanted to make something that represented that. So, I amalgamated the Twitter symbol with the classic notion of "Black power". 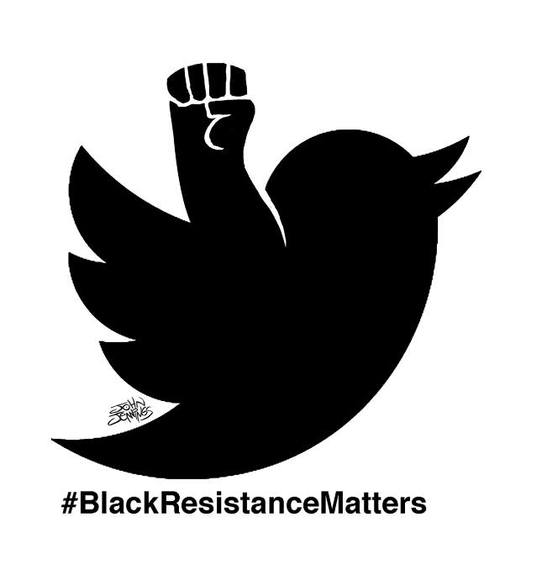 2. Jennings work aesthetically challenges our notions of Black masculinity and femininity, challenges stereotypes of African Americans and produces visual commentary that is politically charged. Jennings says, "we have to understand that stereotypical images are designed to function in a particular way. They all have purposes in how the Black body is perceived. The work that I do and that my colleagues create offer alternatives to those constructions and gives the Black audience choices on multiple levels." This is an important artistic motivation on two levels. First, his work allows us to break out of the rigid boxes of identity that have been inscribed upon Black people. Second, this is particularly important as we consider the labeling of Black bodies as deviant in which the state then uses this logic to justify police brutality and lethal force, even when it comes to Black children. His work offers up hope, even if just momentarily, that the Black body is more than the historical prescribed labels that allow for society to control and devalue Blacks in destructive ways.

3. The mixture and history of John Jennings work is the site of contemporary Black visual art harboring an amalgamation of intellectual critique juxtaposed with the imagination of a new Black cultural identity. Jennings work does not shy away from a future that sees the Black community as conquering sexism, racism and heterosexism. John Jennings work does not reinforce a future that views women as devalued or LGBTQ people as deviant (See the cover art for: Black Queer Identity Matrix). Instead his work exhibits hope for a future in which oppression of any kind across the Black community is destroyed. Jennings says, "as a cultural activist and creator, I try to create stories and characters that are truly subjective and flexible and have myriad representations and modes of existence." 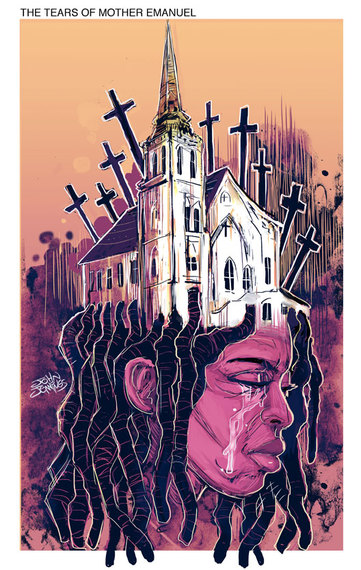 4. Across the academic landscape, Jennings book cover art is untouchable. Jennings is the creative brains and designer of numerous notable books, including, but not limited to: Dr. James Peterson's,The Hip‑Hop Underground and African American Culture, the Eisner award winning book, Black Comics Politics of Race and Representation and Ytasha L. Womack's, Afrofuturism: The World of Black Sci Fi and Fantasy Culture. This is to name a few. A quick glance at Jennings cover art will portray a notable aspect of Jennings work, which is the varied expressions of Blackness represented aesthetically, as well as the beautiful ways in which his characters look, well, Black. This is important as White creators struggle to draw the cultural nuances of Black features when creating Black comic characters.

5. John Jennings is not only a cultural producer but also a cultural preserver, with iconic works such as Black Kirby. Black Kirby forces us to connect our cultural past to our present and imagine the future within the realm of comics history.Black Kirby also functions as a highly syncretic mytho-poetic framework by appropriating Jack Kirbys bold forms and revolutionary ideas combined with themes centered around AfroFuturism, social justice, Black history, media criticism, science fiction, magical realism, and the utilization of Hip Hop culture as a methodology for creating visual expression.

John Jennings' co-curated exhibit, Unveiling Visions: The Alchemy of the Black Imagination at the Schomburg Center in Harlem, New York has been extended to January 16th due to its popularity. According to the New York Public Library site, Unveiling Visions: The Alchemy of the Black Imagination includes artifacts from the Schomburg collections that are connected to Afrofuturism, Black speculative imagination and Diasporan cultural production. The exhibit offers a fresh perspective on the power of speculative imagination and the struggle for various freedoms of expression in popular culture.