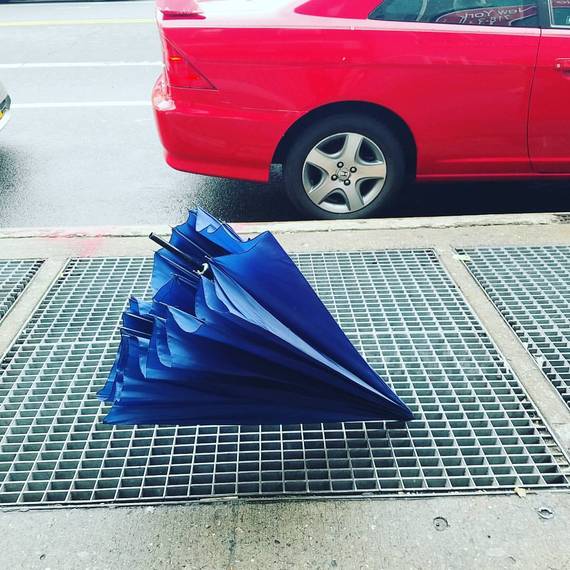 Joy Garnett is in her own words, a "Flickr-tographer". Her unmonumental series is grounded in the daily uploading of her photographs via social media, Instagram, Twitter, Tumblr, Flickr, and Facebook. Garnett's photographs show paper that has fallen from waste bin to paved street, paint splatters on a sidewalk, once useful materials splintered and fragmented into an array of color and shape, now arranged decoratively in flower boxes. On one hand the forms appear to be arbitrarily arranged, pieces of plastic fall, trash spills, and the wind scatters. And yet, also captured here is the careful placement of planks levered up against garbage bags or a mirror leaned with intention against a building. Always, the hand of man is felt but unseen. 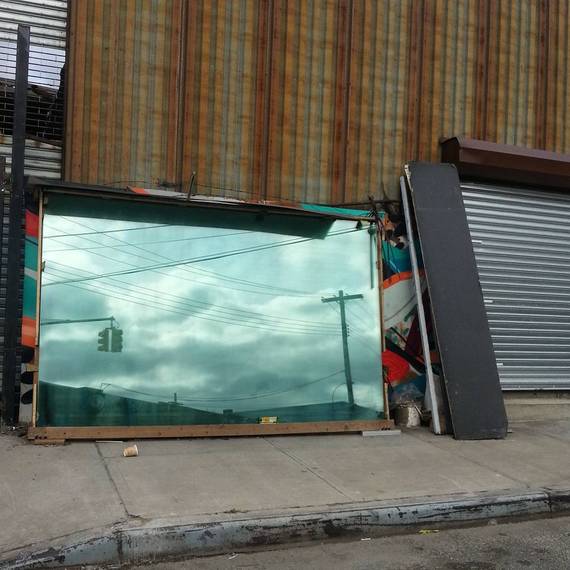 Garnett snaps shots of leftovers and giveaways as she wanders the neighborhoods of New York and its boroughs. She is a storyteller who observes remnants that are discoverable only by travel on foot. Her images tell of the capriciousness of mundane details, the bits that get away from us as we move through the day. 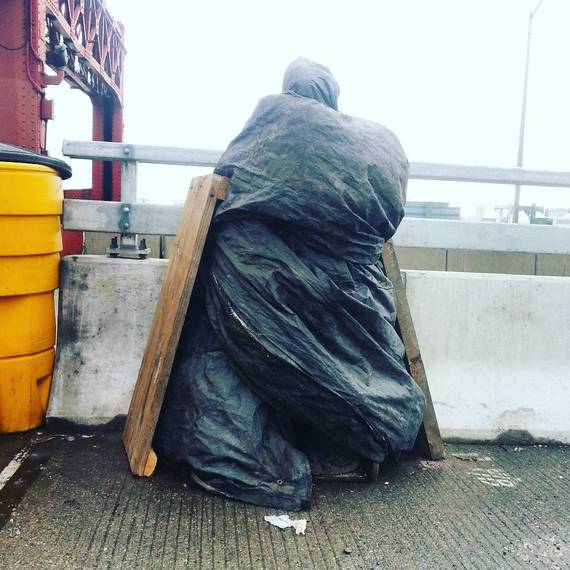 TH: You have said that your first photograph in the series was a parody of the New Museum's 2008 exhibition, Unmonumental: The Object in the 21st Century. Tell us what your reaction was to that show and what inspired you to continue shooting these objects for another 8 years.

JG: I went to see the Unmonumental show with my husband, Bill Jones, who is a conceptual photographer and videographer. He has a long relationship to ephemera and to photographing found objects; he has been taking pictures of garbage all his life and he may have invented the genre. We were walking from the New Museum to Chelsea, north and west through the Meatpacking District, which in those days was still pretty much full of garbage. As we walked, we talked about the exhibition, and we kept spotting objects in the street that reminded us of works in the show. I guess post-New Museum snark sauce has its own special flavor. 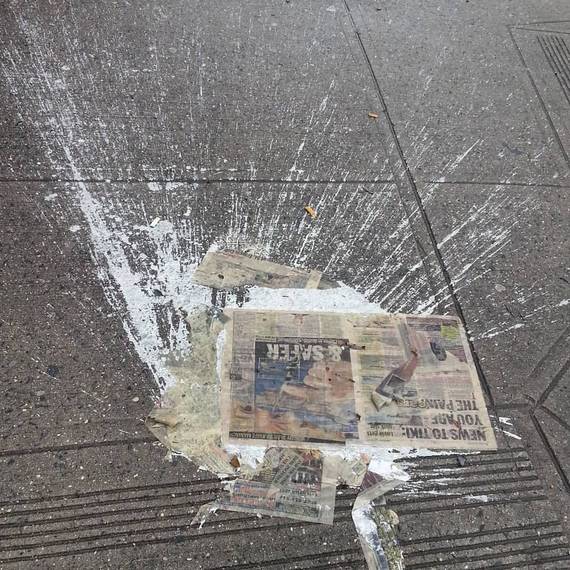 JG: I was the one with the smartphone and the Flickr and Twitter accounts. I shot a few choice bits of garbage and tweeted them with a hashtag: #unmonumental. It started as a joke, part of Bill's and my conversation. I had other social media projects going at the time, but unmonumental turned out to be the one that stuck. It grew and developed to become a part of my life.

JG: Eventually, I put together a website for unmonumental. The images have been included in different formats, including prints and slide shows, in exhibitions in New York University's Gallatin Galleries and at an apex art franchise exhibition in Memphis. I've created a little print-on-demand book with a nice essay by the artist and writer Tom McGlynn, who curated the apex art show. But the main event is the real-time shooting and posting/sharing of #unmonumental on social media. In other words, the spontaneous shooting and posting of images online is a kind of live performance; social platforms are the conduits. The photos are shared in real-time, and each iteration that follows the live event moves closer to becoming "documentation." Anyway, that's how I see it. 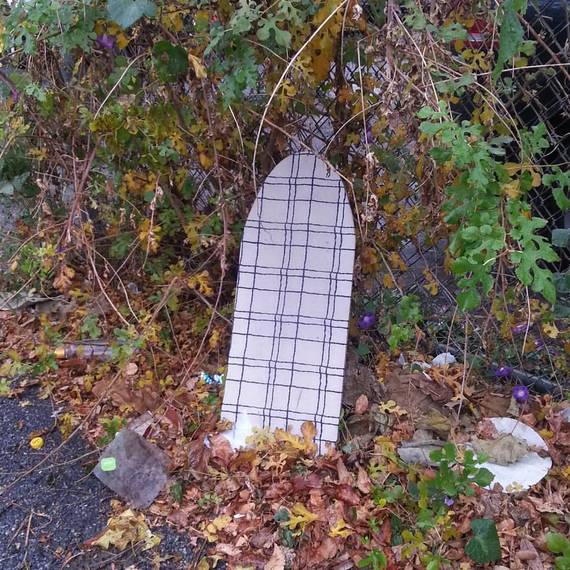 TH: The New Museum show was thought of as a collection of works by artists who used very low-tech materials and had a DIY process. Their work was assembled and situated in a clean white box/museum setting and doesn't interact with the environment at all. The so-called commonplace objects and materials were placed pristinely into position. Your photographs are a kind of ecosystem, where the setting for the object is as important as the object itself. Tell us about this aspect of the photographs and how it informs what you see.

JG: I've always been big on long walks. Walks are a way for me to think and look and absorb, a way of connecting physically with the world around me while simultaneously being alone with myself. For me, walking is essential to working; I need to walk if I'm going to work in the studio. Finding and shooting unmonumentals and posting them online has become part of my ritual of walking, an extension of thinking and reflecting. It's a way of marking my steps as well as my internal, inarticulate thoughts and feelings. And it's a way of sharing some of my process with others. 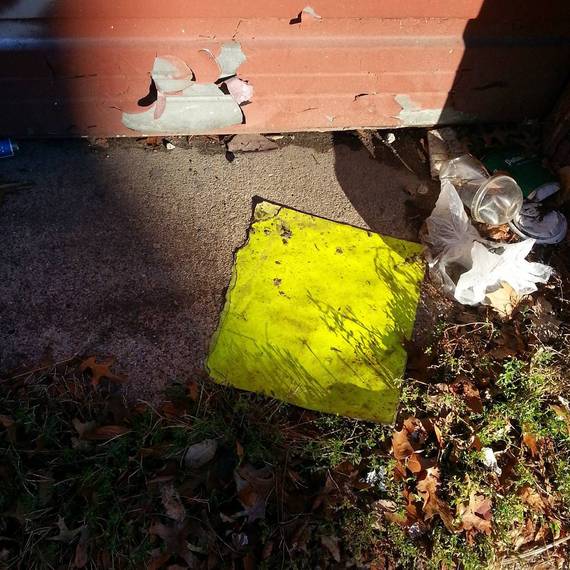 TH: As a chronicler of the small detritus that lives on the streets, how have the photographs changed? Have they evolved in some way due to changes in the city as it gains almost a decade in age?

JG: If you do anything regularly for years, your choices evolve and you refine your way of working. But everything is a moving target -- me, the city -- so it's hard for me to gauge exactly which of us has changed more, me or the city, and what, if anything, has remained constant.

JG: I guess even as the city gentrifies, wherever there's a concentration of souls there's going to be garbage. I used to work at The Metropolitan Museum of Art, and on my lunch hour I wandered around the neighborhood shooting pictures. The Upper East Side has surprisingly good garbage, by the way, and some of my quirkiest unmonumental photos date from that period. These days I shoot unmonumentals while walking from the subway to my studio in Ridgewood. I have to say that Flushing Avenue has some pretty good garbage on offer. 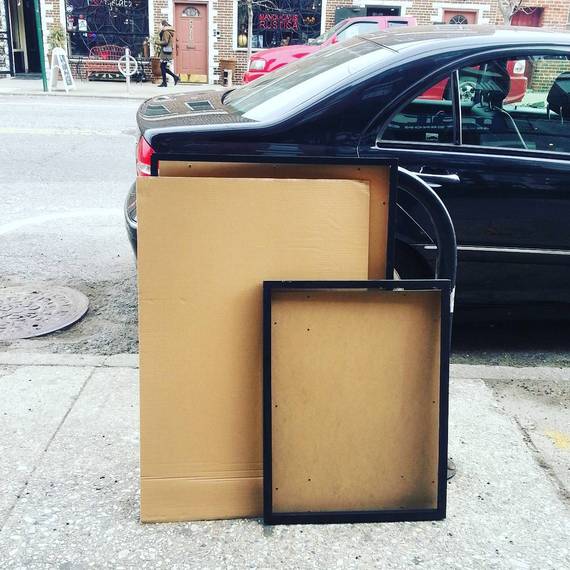 TH: How does your training and work as a painter influence the way you see the objects you photograph? Do the photographs influence your painting?

JG: This is a really important question and I'm still figuring it out, but the short answer is "yes": unmonumental is my sketchbook.

TH: Do you seek out images that address formal art concepts and structure or are your finds simply serendipitous?

JG: Both! Initially, my idea was that the unmonumental objects I find evoked Minimalist and Post-Minimalist sculpture; found objects, mostly industrial readymades, informed both of these movements, and post-Minimalism was photographically inflected. I'm thinking of Robert Smithson, Nancy Holt, and Bruce Nauman. Photography as sculpture. As a painter, I tend to engage sculpture and objects in the landscape through pictures, which include the photographs I take. 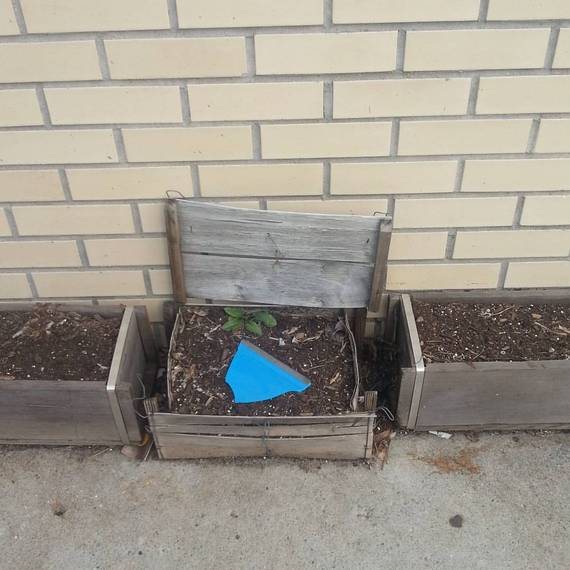 TH: Your phone seems like a great and obvious choice for shooting this series, as you walk around the city. Tell us about how this is in some ways a project as much about social media as it is about photography/art.

JG: I guess I'm not a photographer, I'm a phone-o-grapher? A Flickr-tographer, a twit-picker, a ---- what am I doing? Social media IS photography. And yet.

Joy Garnett is an artist who lives and works in New York. 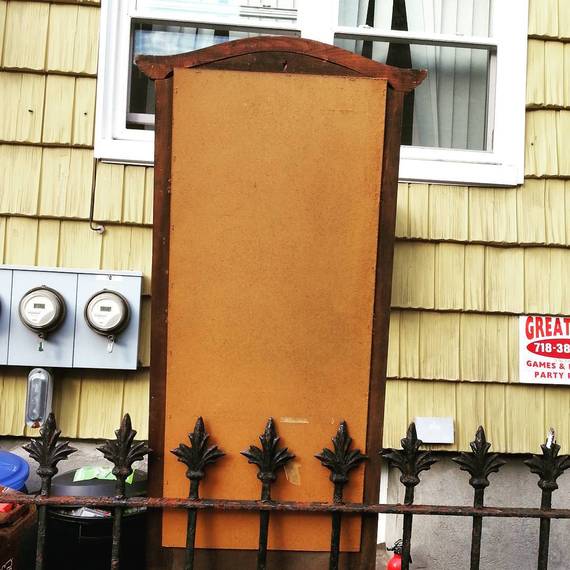 Follow her unmonumental posts via her Instagram feed: @joygarnett, or tag your own photographs with #unmonumental and add them to the archive:
https://www.instagram.com/explore/tags/unmonumental