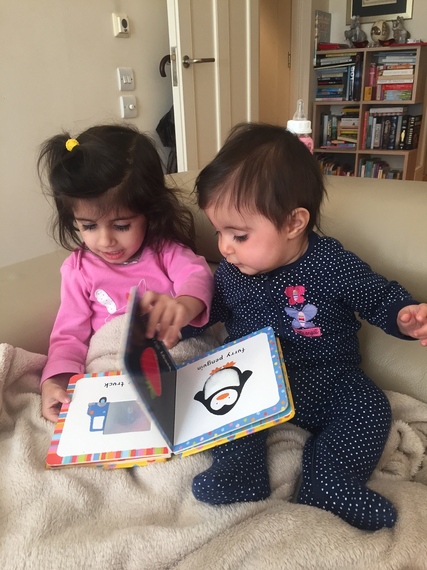 Once upon a time, in a far away land I used to read...books...novels...classics.

Flap to flap, I could finish a good one in a single sitting. Nowadays, in the full-on troughs of parenting a food-averse toddler and sleep-averse baby, I read only a couple of pages (mostly, and sadly, parenting books) before my eyes flicker shut (my brain actually turns off long before then).

Despite my descent into this countless 'half-finished books' phase, parenting has a way of bringing many of my old reads back to life when, in the oddest moments of parenting, a sentence comes to mind convincing me that the likes of Shakespeare and Dickens must have been raising toddlers.

So in honor of Shakespeare's 400th anniversary this month, here I share but a few:

"Finally, from so little sleeping and so much reading, his brain dried up and he went completely out of his mind."

"When a child asks you something, answer him, for goodness sake."

To Kill A Mockingbird by Harper Lee

Because hell hath no fury like that of a toddler who is being ignored. Which brings to mind this next quote:

Gone with the Wind by Margaret Mitchell

The most frequent thought I have when answering questions or responding to complaints. You don't want to sleep? You don't like dinner? You want to wear the old jacket? Frankly my dear, I don't give a damn. And so the kids find their own ways to get revenge...

"He found himself understanding the wearisomeness of this life, where every path was an improvisation and a considerable part of one's waking life was spent watching one's feet."

Lord of the Flies by William Goldberg

Because they know the harrowing pain that is stepping on a lego or wooden peg, so it's always best to watch your feet (and your back for that matter)

A Tale of Two Cities by Charles Dickens

Yes, parenting can be pretty awesome or downright shitty. Depends on the day (or on your toddler's mood, or what you cooked for lunch, or what surprise was in the kinder egg, bla bla bla). Dickens gets it, don't you?

"Angry people are not always wise."

Pride and Prejudice by Jane Austen

Taming of the Shrew by William Shakespeare

Have you ever tried negotiating with a toddler in the middle of a tantrum? I'm pretty sure that's what inspired Shakespeare and Austen to write these sentences.

"I know one thing, and that is that I know nothing."

The Republic by Plato

Because being a parent is basically a series of "what-if's", "maybe's" and, "WTFs"

"And now that you don't have to be perfect, you can be good."

East of Eden by John Steinbeck

...I gave up on being the perfect parent because good enough will do (if sanity is to be maintained).

"The simple things are also the most extraordinary things."

The Alchemist by Paulo Coelho

Because at the end of the day, we still love and cherish the small stuff...first pee in the potty, first call to Poison Control (because your kid ate his poop), first time they say "NO!" (it will become their favorite word), and (in all seriousness now) that tight cuddle and kiss at night when they say "you're my favorite mommy in the whole world!"