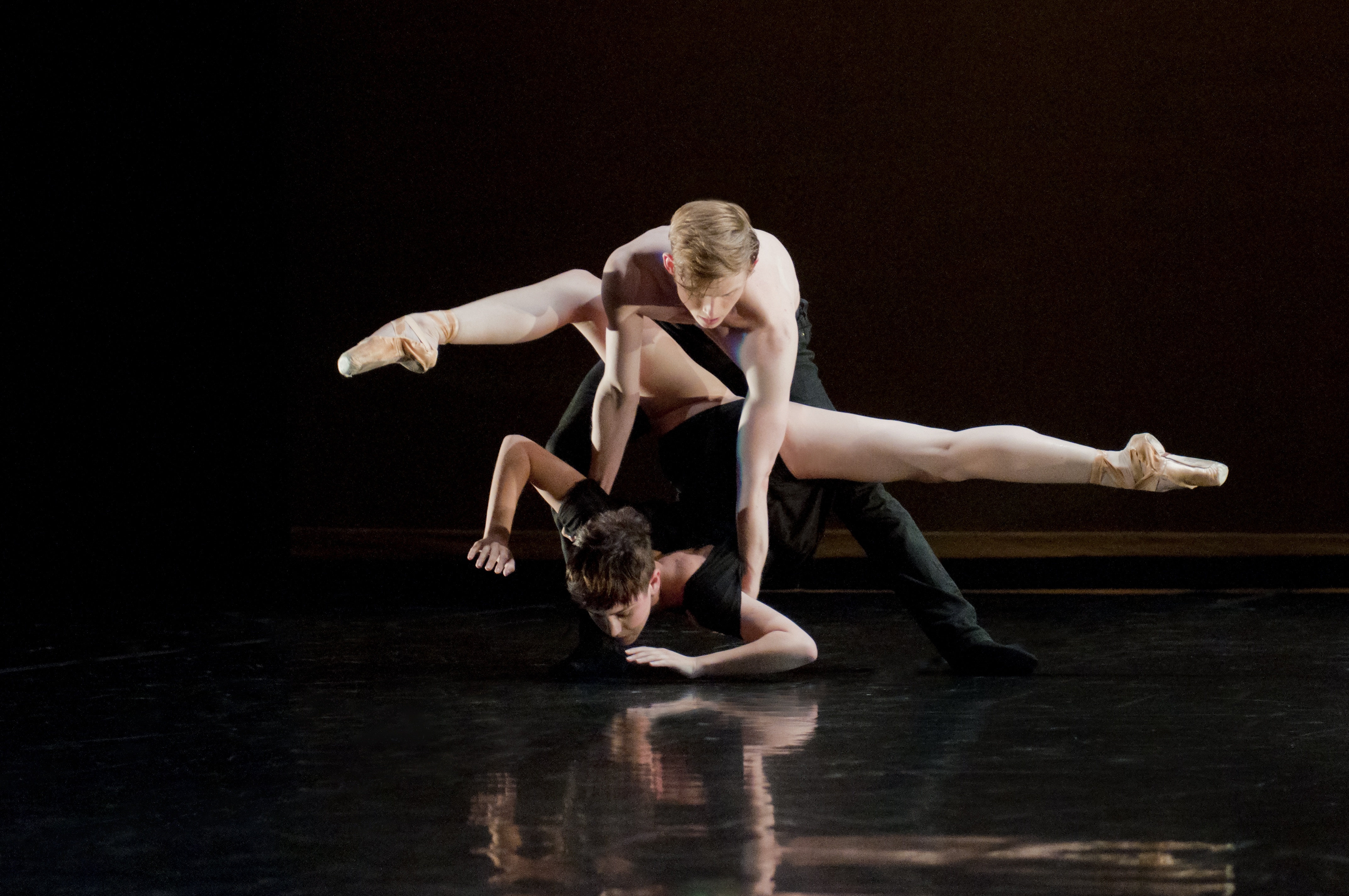 Watching modern dance can be exhausting. It's not fashionable to ask modern choreographers what their dance is about -- they may reveal the inspiration behind a piece, dropping hints here and there, but they tend to leave it to audiences to interpret their work. Which can be heavy lifting, especially with dance influenced by abstract movements in modern art.

Then there's Robert Dekkers, founder of Post:Ballet, who likes to tell audiences what his dances are all about, cheerfully sharing his thought processes and roadmaps. The 28-year-old choreographer promises detailed program notes for his latest collaboration with architect Robby Gilson and composer-violinist Matthew Pierce which premieres at Yerba Buena's Lam Research Theater on July 18 & 19.

Glimpses of field the present shifts in rehearsal suggest you won't need program notes to appreciate it, but you're likely to find what Dekkers has to say about this piece lively and engrossing.

He wryly recounts his early interactions with Gilson: "How does a choreographer talk to an architect? We don't speak the same language -- architects don't care about time!"

Dekkers couldn't abandon time altogether, but in field the present shifts he has relinquished the concepts of beginning and end. And to jumpstart a dialogue with Gilson, he chose a playful, elegant device, shaping his dancers' bodies into silhouettes of the letters in American Sign Language. 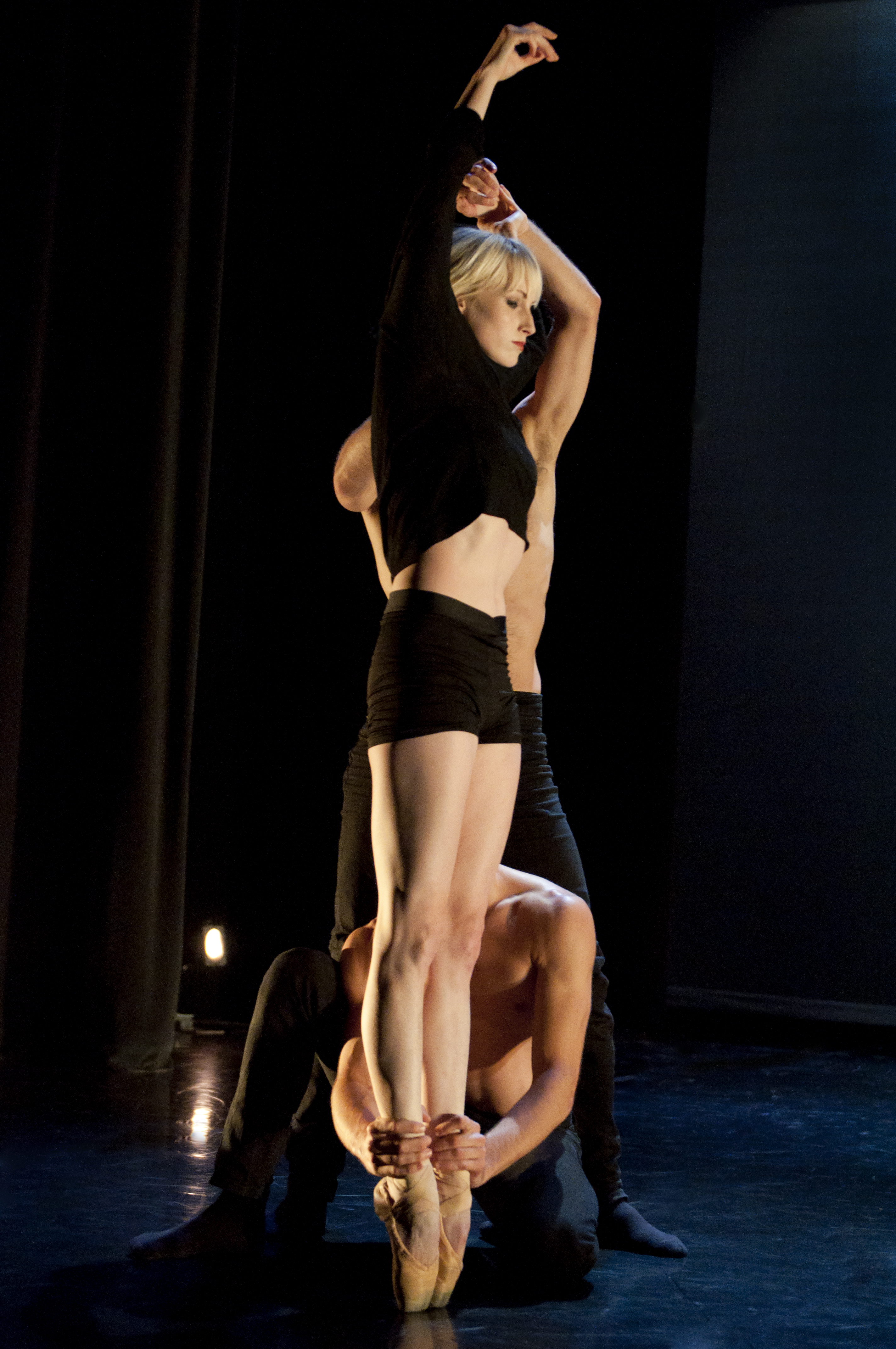 This is Post:Ballet's fourth season, and with each new season Dekkers gets more ambitious, setting fresh challenges for himself and his dancers. This time he's introducing elements of uncertainty into his choreography. At certain moments in field the present shifts the dancers will have choices to make, following specific rules set by Dekkers and responding to lighting cues that will depend on lighting designer David Robertson's mood on the night of performance. Pierce will command a small army of violinists in the pit who may just start playing at a different point in the music and who may decide to fool around with key signatures. The dancers will also have to maneuver around a series of sculptures, designed by Gilson, that descend from the rafters at stage manager Kathy Rose's direction. And Gilson will be manning a computer that illuminates the backdrop with a geometry tied to the dancers' couplings and uncouplings. All requiring a level of mental alertness unusual even for dancers trained to get through a two-and-a-half-hour Swan Lake -- which all of Post:Ballet's classical dancers are -- where nothing is left to chance.

field the present shifts is one of the cheekily named 'Four Plays' to be presented in this program. Among the other three is a restaging of the imaginative Colouring, which premiered in 2011. The work will once again bring visual artist Enrique Quintero together with Post:Ballet dancers, photographer Natalia Perez, and an original score performed live by composer Daniel Berkman, to create a final work of art that is only revealed to the audience in the last moments of the piece.

Sixes and Seven, a hypnotic solo set to the music of Phillip Glass, which won the 2012 Director's Choice Award at sjDANCEco's 10th Annual ChoreoProject showcase at San Jose State University, will be danced one night by Christian Squires and the other by Jessica Collado.

When In Doubt, an arresting ensemble piece which Dekkers created in 2012, rounds out the program. The score for guitar and percussion by Bay Area composer-guitarist Jacob Wolkenhauer incorporates recordings of the words of British philosopher and pacifist Bertrand Russell, and clips of the dancers' voices.